In the story of the Wizard of Oz, the Scarecrow seeks a brain, the Tinman a heart, and the Lion his courage – Dorothy just wants her home. Their magical journey through Oz is being told with Cirque du Soleil flair under the big top at Circus Juventas, a circus school for youth in St. Paul.

An Adventure Through Oz

Longfellow resident Iain Knopp-Schwyn plays the Cowardly Lion in the performance and has been a student at Circus Juventas for nine years. He commented, “I hadn’t seen the movie [The Wizard of Oz], so I elected to not watch it at all, and instead made my own character out of it.” He added, “It’s just fun to build a character and work with it for a year and then finally see it in costume.”

With flying monkeys and witches, a trapeze house, and all of the glitz of the Emerald City, Oz is the most technical show that Circus has produced, said Founder and Artistic Director Betty Butler. “There’s a sense of adventure and friendship with these four characters as they make their way to the witch’s wicked castle,” she explained. “The story [of Oz] is about finding within yourself the things you didn’t think you had.”

Pushing Past Physical and Mental Boundaries

It’s a lesson that Circus hopes to instill in its young students. Butler commented, “It’s like real life – there are so many things you posses and have within you.” She added, ”What we bring out of the students are the strengths that they may not know existed. You work to find the skill set that they excel in and guide them in that way. It’s a self journey, pushing past your physical and mental boundaries.” 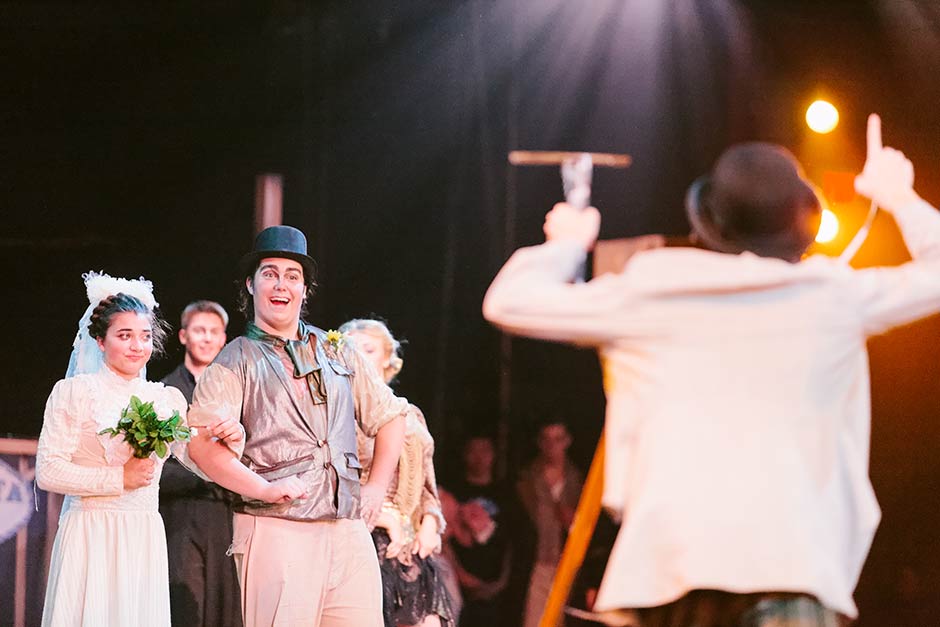 Knopp-Schwyn in Showdown, a spring production by Circus Juventas. Photo by Bill Raab.

Knopp-Schwyn first became interested in taking classes at Circus after seeing a performance in 2004 when he was eight-years-old. “I was just astounded how amazing the things were that these kids were doing, and I immediately wanted to be part of it.”

Sophia Nelson, a first-year student at Circus and Sanford student, also joined after watching a Circus Juventas performance. “I saw Grimm, and that’s when I decided I wanted to be there one day….. I loved seeing all of the kids and how they worked together.” 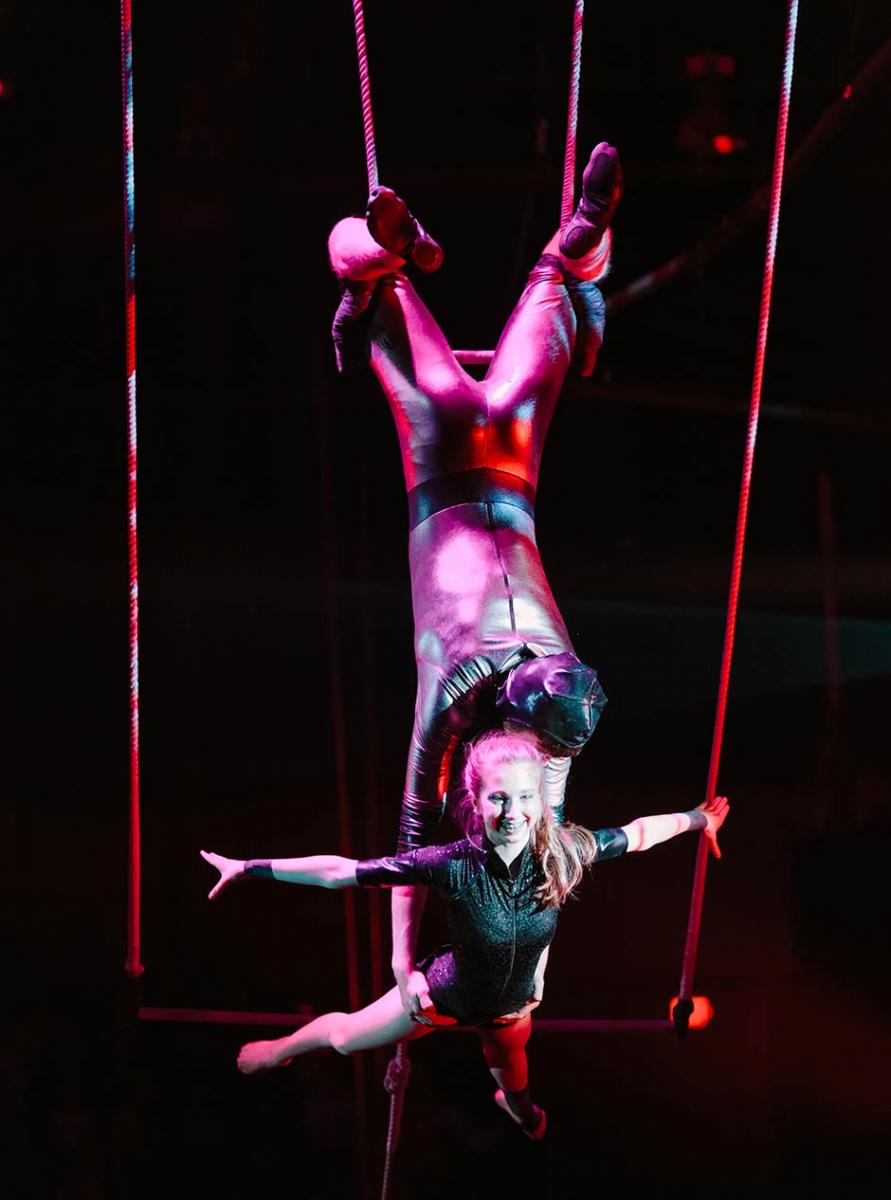 Morgan Frober performs on the double trapeze in Showdown at Circus Juventas. Photo by Bill Raab.

Like Knopp-Schwyn and Nelson, many students are drawn to Circus for the unique experience it provides. Butler explained, “Kids come in here with their eyes wide open and excited to take advantage of a one of a kind opportunity that doesn’t exist anywhere else, they understand what we offer is pretty unique.”

With high-flying aerial and balancing acts, working closely with fellow students is critical. Morgan Frober, a five-year Circus student and Longfellow resident, said, “All of it is about teamwork and having trust for your partners…they depend on you and you depend on them.”

Parents of Circus students also play a role in the production by helping design the sets in the lobby and the arena. Kelly McManus, a local designer who generally works in the 2-D world explains that she enjoys the challenge of 3-D work, as well ask the opportunity to contribute artistically. “I’m drawn to the fact that we’re actively adding some magic into our community,” said McManus. “I love the camaraderie of the parents and magnitude of building something big that sets the stage for these amazing kids. I’m thrilled to be able to work on it and so it rarely feels like volunteering.”

Take in the Action

While tickets for Oz are sold out, rush tickets are available. Circus Juventas also offers a variety of classes for youth and adults.