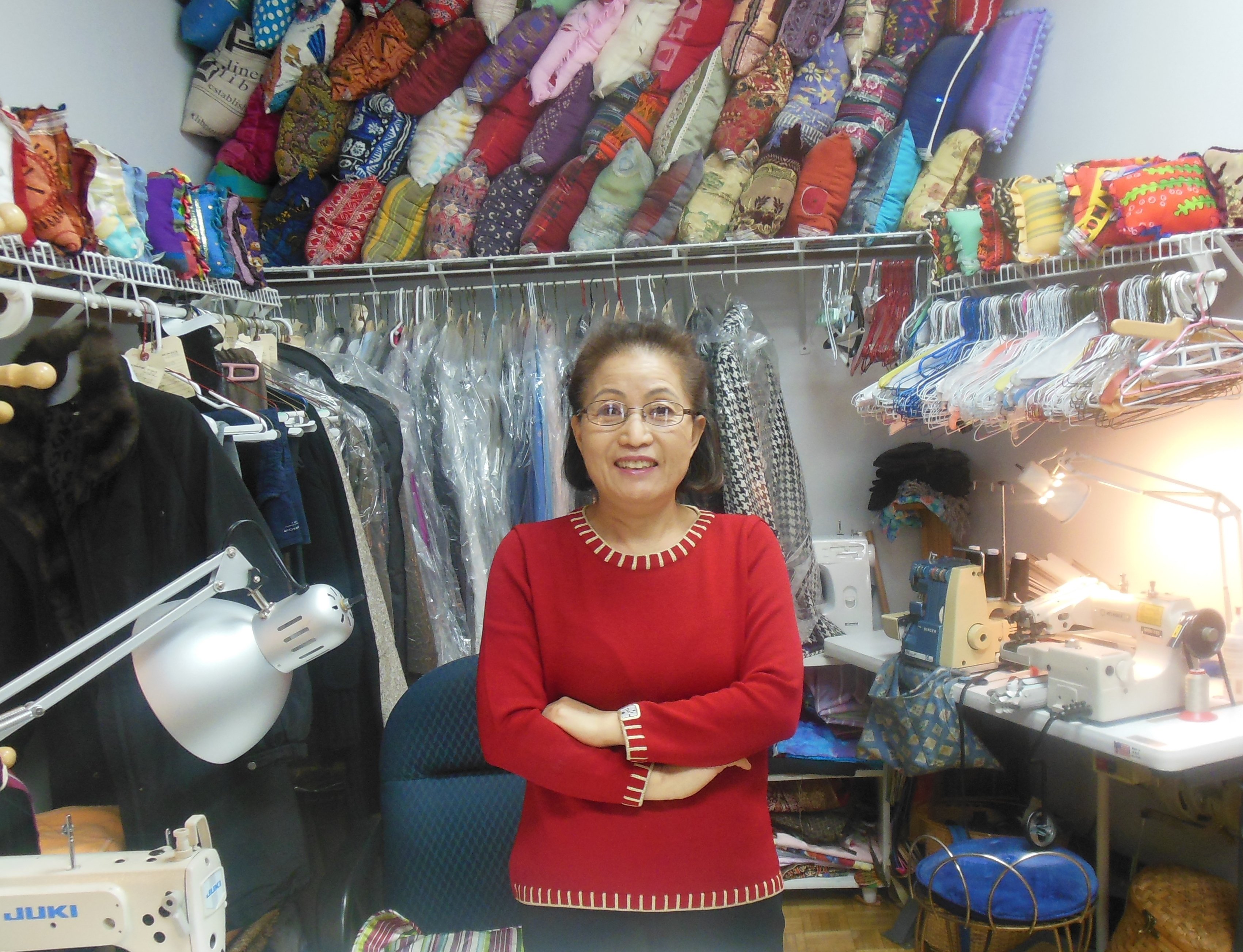 Anna’s Tailoring is an unassuming storefront, between Toby’s Styling Shop and The Cork Dork on Cedar Ave. Inside is a beautiful shop filled with potted plants and angel figurines, along with sewing machines, some other equipment, and a changing stall. The business is owned and operated by Anna, also known as Jong Hwa Ra.

Soon after she moved to the United States 29 years ago, Jong Hwa Ra learned that Americans had trouble pronouncing her name. After some deliberation, she chose her daughter’s name, Anna, because it was short and straightforward. Anna spent many years focusing on her most important goal, the education of her children. But when her son, then in middle school, asked her why she didn’t have a job, she decided it was time to find one.

Anna’s Tailoring opened 17 years ago, and since then Anna has built a second family with her customers. When I asked Anna what she liked about the neighborhood, she said, “The customers are honest, so I am honest with them.” She looks at your alteration or repair problem and tells you the cost to fix it, so you know before you leave your garment behind. She charges $7 to $9 to repair surface problems, $10 to hem a garment, and $15 for anything deeper than the lining. If your coat’s zipper is broken, Anna will fix it. Replacing the zipper might make her more money, but Anna wants to help people save money. Last winter she fixed 137 zippers.

In return, Anna’s customers have become her friends, and signs of that friendship are all over the shop. Most noticeable are the angel figurines at the front of the shop. Anna’s customers bring them to her from their travels all over the world. I also admired a veritable rainforest of houseplants. Anna told me her customers bring their sick plants to her. She rehabilitates them in her large, sun-filled shop windows and then gives them back.

The back wall of Anna’s shop has shelves full of pillows made out of every fabric imaginable. When customers go abroad, they bring Anna pieces of fabric, which she turns into pillows. Her collection now spans 70 countries. Sometimes more than one customer goes to the same country, and Anna combines multiple fabrics into the pillows. When she retires, Anna wants to give the pillows to an arts school so that a design student can create something out of them. 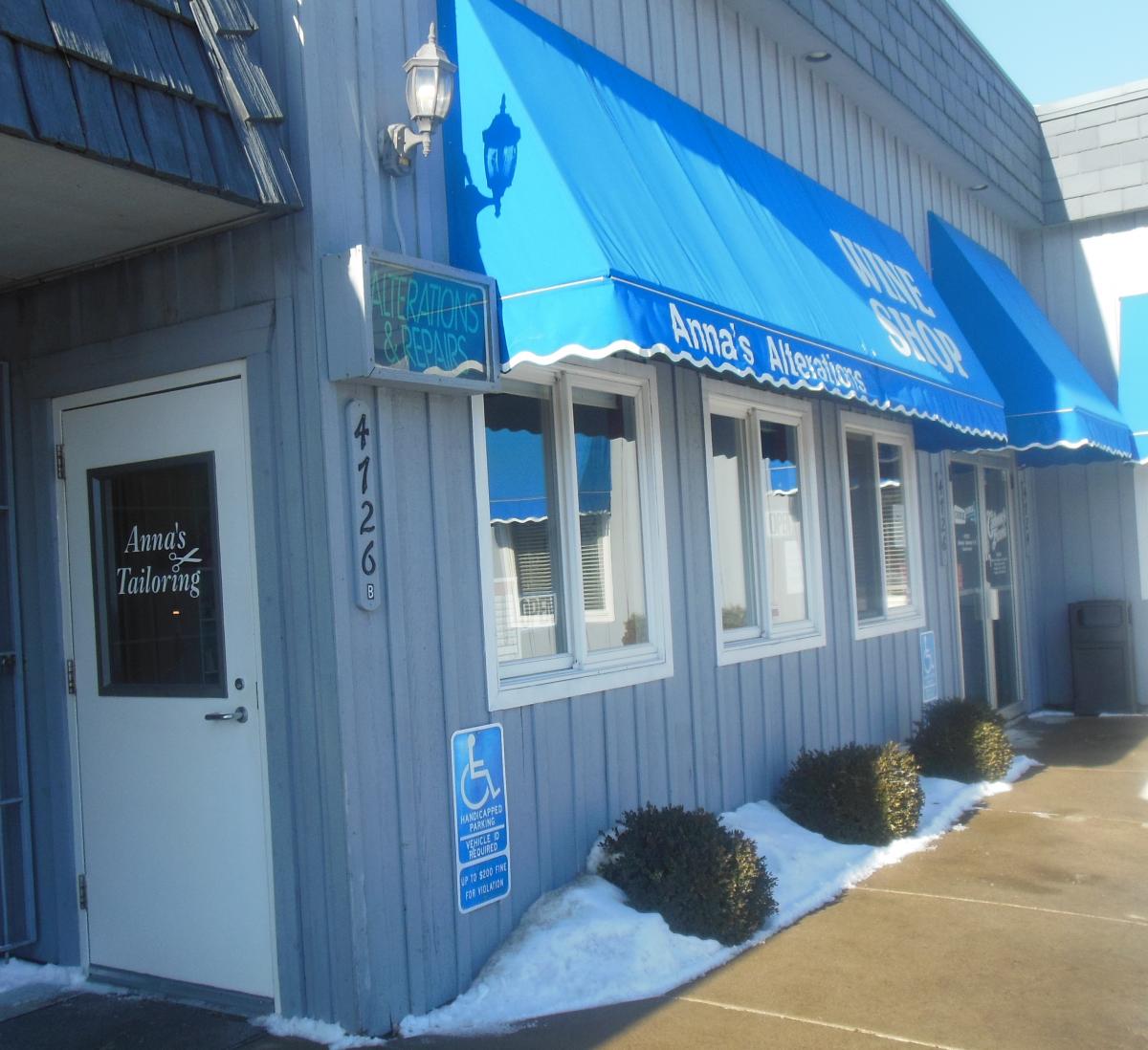 Anna says her world is a circleworld. She gets what she gives to other people. If she is honest with her customers, they will be honest with her. If she gives to the world, the world will give back to her. Twelve years ago, a customer brought in a large bag of children’s clothing, each piece with a superficial mending problem. Anna felt guilty charging her regular prices which, although low, would add up to a sizeable amount of money. When the customer returned, Anna asked her how many children she had. The customer replied that she only had one child, and these were clothes she was giving to others. She wanted them to be in good repair when she donated them. Anna was delighted that her work was going to a good cause and ever since has collected clothing from all of her customers. When she has accumulated a few bags, the same customer from 12 years ago takes them away and redistributes them.

Anna began her business to help pay for her children’s education; she thought that when they were done with school, she would be done working. Then her children got married, are having children of their own, and Anna is still not done. “Now I think, when I die, I’ll be done.”