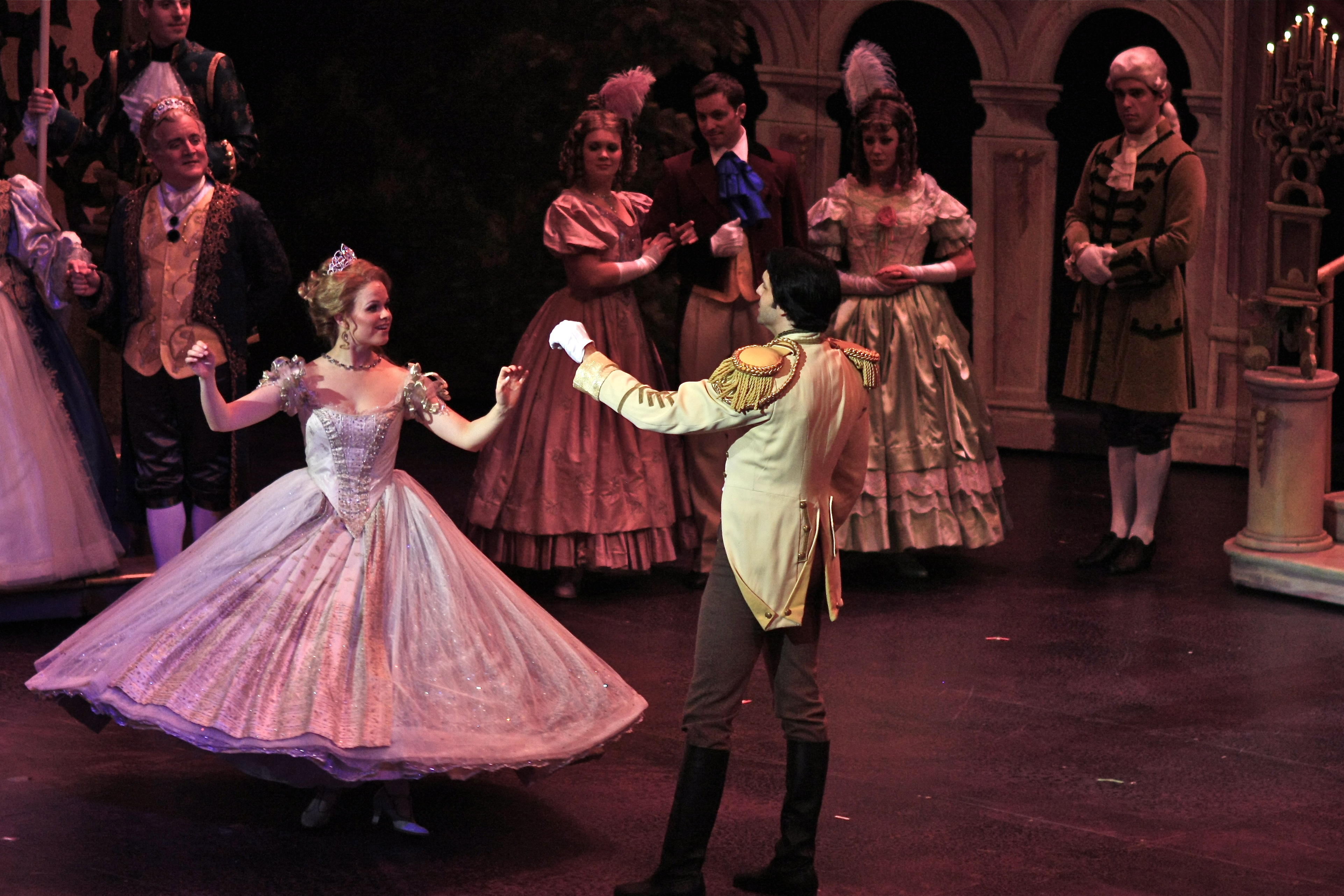 The Ordway’s production of Rogers and Hammerstein’s Cinderella is precious, captivating, and traditional, all in both the good and bad senses. Generally speaking, the average audience member will enjoy the production and people familiar with the original story will be inspired to share it with their friends and family, but I’d urge people to think twice before bringing their small children to watch potential role model Cinderella.

Plenty will be said about how Cinderella is a great musical for people of all ages. Sure, there are stuffed animal puppets (arguably the most hilarious-in-a-bad-way part of the whole thing—at one point we see li’l Cindy and her prince share an intimate moment on a stage totally empty of scenery and other people…except for the skullcapped weirdo operating the cat puppet, awkward…). Sure, the dialogue is simple, the jokes are slapstick, and generally speaking there’s just a lot of glitter and magic and wide-eyed optimism. But discriminating audience members will quickly realize that Cinderella and her story aren’t really much to aspire to.

I could go on for days about how politically incorrect Cinderella is—both Oscar Hammerstein’s script and director Nick DeGruccio’s production—but what can really be expected from this material? The dubious content goes beyond the occasional reference to “African huntresses on safari” with accompanying (stereotypical and offensive) dance moves or the dumber stepsister having such a histrionically fake lisp that you can see her spit illuminated in the stage lights.

Who knows how old Cinderella the character is supposed to be, but since she’s supposedly a ward of her stepmother, likes to sing and dance with her puppet animals, and repeatedly called “girl” and “child,” we can assume that she’s closer to Rebecca Black than Britney Spears. It doesn’t help that barely-over-five-feet Jessica Fredrickson’s depiction of her—albeit bright-eyed, clear-voiced, and loveable—makes her seem especially kid-like compared to Jeremiah James’s Prince Christopher, who looks like a thirty-five-year old man worrying his mom will catch him going into town. “Awkward” is the most generous way to describe their chemistry as a couple. “Creepy” would be another way.

The climactic moment of the whole thing (not a spoiler—there’s little deviation from the original Cinderella plotline except that the fairy godmother is a sassy diva and the evil stepmother more closely resembles a Real Housewife than an old hag) is obviously the formal introduction of Cinderella and the prince. You might expect that this involves a delightful conversation in which Cinderella’s true, endearing character shows through in contrast to her stepsisters and the other desperate shrews lined up to try to win the prince’s heart/fortune/bod. But no, here’s exactly what transpires: Prince sees girl, girl sees prince, girl and prince immediately begin singing a song about how in love with each other they are (“Do I love you because you are beautiful/ Or are you beautiful because I love you”). After she flees because she’s about to transform back into being poor and unadorned, we realize the prince doesn’t even know what her name is.

And furthermore, we don’t really see Cinderella having a personality worth aspiring to anyway. Fredrickson performs the character with an undeniable sweetness, softness, and charm, but she’s also weak, unassertive, and delicate to the point of breakable. We don’t see Cinderella as headstrong and steadfastly demanding justice, we see her as loveable and lucky.

The moral of this story seems to be that if you are obedient, deferential, sacrificial, and earnest—and if you’re also really, really hot—you might get to marry a prince. Oh, wait: and it will also take magic.