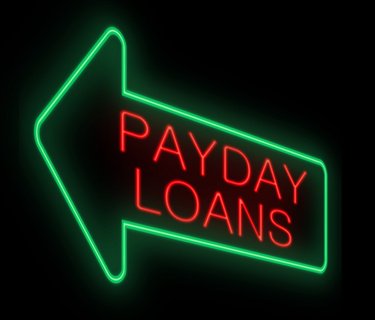 A small payday lending storefront that opened just around the corner of Holy Trinity Lutheran Church in Longfellow caught the attention of Pastor Jay Carlson. “I hadn’t paid attention to payday storefronts in our neighborhood and when that opened up I saw many more in our neighborhood not far from here,” he explained. “And, if you drive down Lake Street, there are lots of places where you can get a payday loan.”

This awareness started a conversation with church leaders and congregants about payday lending. “We’ve certainly known about people struggling in our congregation financially, especially since the recession of five years or so ago,” said Carlson. In-depth research done by the group that convinced them that this lending model was placing borrowers in financial quicksand.

Parish Organizing Leader Meghan Olsen Biebighauser said that many borrowers who are living paycheck to paycheck have difficulty paying back the loan when it comes due, and take out another short-term loan to pay for the first. “If you didn’t have the $200 on one week, the chances that you’ll be able to survive without that $200 on your next paycheck are slim and so people are just reborrowing.” She notes that on average a borrower takes out ten loans in the span of one year. Each time a borrower takes out another loan, they’re paying a fee and never paying down the principal of the loan. On top of that, the loans are expensive, and borrowers can be charged anywhere from 400 percent to more than 1,000 percent annual percentage rate (APR) on a loan.

“It became clear to me that especially people in vulnerable situations for one reason or another were being taken advantage of by these services,” said Carlson. “The more we learned, the more we wanted to get involved with the issue and see if we could make a difference.”

The engagement by church members attracted the attention of the Joint Religious Legislative Coalition, an interfaith social justice and advocacy organization in Minnesota. With the help of JRLC and other faith communities, Holy Trinity will be working to introduce a bill in the 2014 legislative session that would place additional regulations on storefront payday lenders. This bill would have several key priorities:

1) A cap on the number of repeat loans so that a single borrower could only receive four loans in a 12 month period. Once the maximum number of loans was reached the debt would be paid back through an installment loan.

2) Enforcement of the federal law that limits the APR to 36 percent for military personnel.

3) Underwriting standards for the loans so that they are only given to people who can pay them back. “Right now, you need a checking account and you need an income [to get a loan],” said Biebighauser. “There isn’t a significant amount of underwriting that goes on.”

While Holy Trinity is working with the interfaith coalition to tighten regulations in the industry, they are also working on developing an alternative lending program called Exodus. While it is still in the planning stages, the program would provide free or forgivable loans to borrowers. It would also offer financial coaching to help people become more financially savvy. This program is expected to be available next summer.