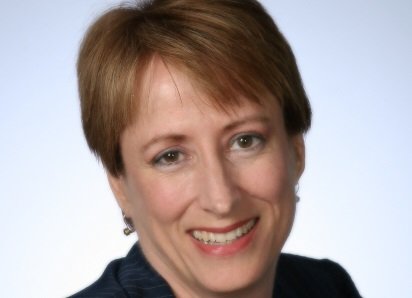 When I ran for State Representative in 2006 and again in 2008, my opponent was Tom Emmer. During that time several people approached me to tell me how Tom Emmer used his position as an attorney to sue them or bully them out of holding him accountable for paying debts incurred by him and members of his family. As the first major report was coming from a neighbor who happened to be a die-hard Republican, I could not dismiss the information as politically motivated. Whether it was paying for landscaping ordered by his wife, or trees planted on his property, or issues of fairness and equity in dealing with a business partner, the people wanted me to know what they experienced with Emmer.

I made the choice not to engage in a mud-slinging campaign, hoping to win the seat with a positive campaign. I lost by pretty much the same margins that other Democrats lose in this Republican voting district in 2006, and again in 2008. I couldn’t help but wonder if people would have elected Emmer if they had known about his history.

Legislative reports show that Tom Emmer filed several complaints with the campaign finance board against Democrats. Yet when two billboards were donated to his campaign by a corporation, a clear violation of campaign finance law, Tom Emmer’s answer was to plead ignorance. Does anyone believe he didn’t see the billboards on Highway 55 and I-94?

When Emmer ran for Governor in 2010, an investigative reporter for the Star Tribune wrote an article (“Emmer’s feisty spirit fuels legal fights”, June 2010) that included far more incidents of Emmer suing and being sued. Although he used his position as an attorney to avoid responsibility, he laughingly portrayed his lawsuits against others as coming from his desire to hold people accountable. Despite the revelations, he came awfully close to winning the election. In 2010, after a costly recount that put Minnesota’s Republican Party deeply in debt, he did not prevail. I wonder if people read the article and voted for him anyway, or if many of those who supported him had not seen the piece.

Perhaps some people show up at the polls and vote for him because he attends Mass or because the ballot lists him as a Republican. It could be because he rails and rants against things that his supporters also rail against.

Emmer is now running for Congress. Will voters disregard his questionable ethical history and send him to Washington?

This year we have a viable alternative in Joe Perske. Joe is a moderate, business-friendly leader who gets things done. He is a coalition builder and solves problems by bringing people together. A former teacher and coach, city council person and mayor of Sartell, Joe Perske has made a positive difference in his community and will represent the people of the 6th District well in the halls of Congress. If ethics and personal responsibility should mean more than just catchy campaign buzz words, join me in supporting Joe Perske for Congress.​