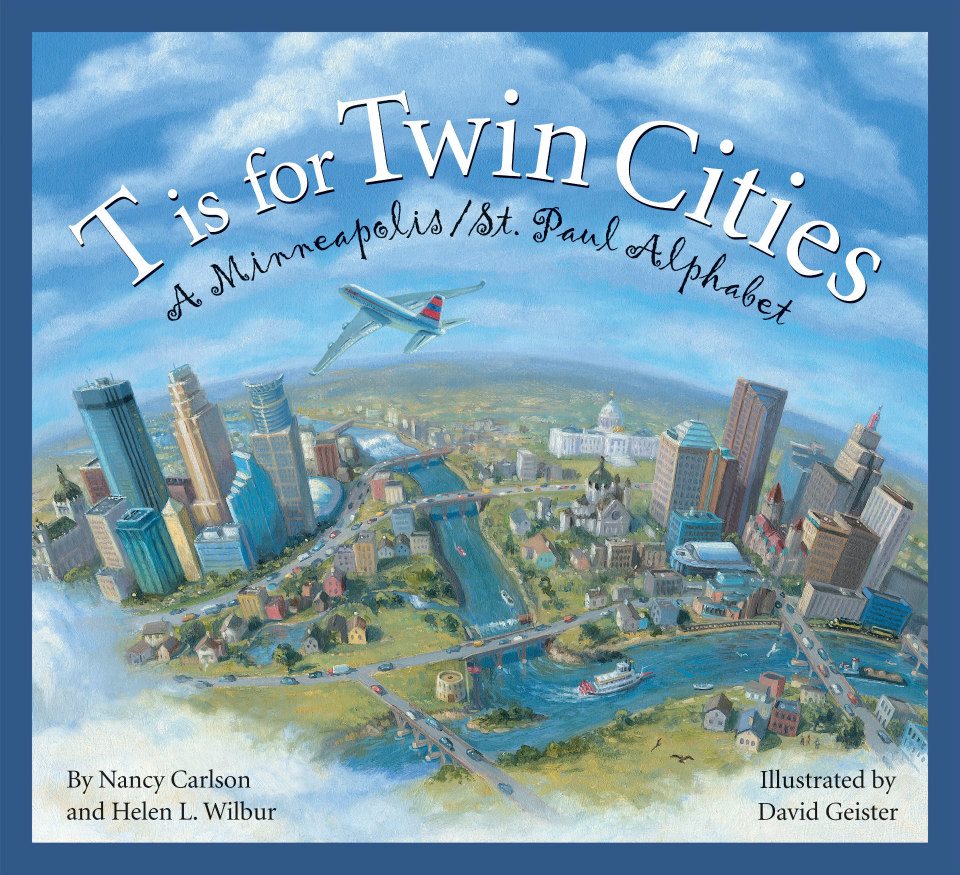 The book, written by Carlson and Helen Wilbur and published by the Sleeping Bear Press, describes Twin Cities landmarks and traditions in both poetry and prose, organized alphabetically. The verses are more suitable to hold the interest of young children, Carlson said at the book party, while the text provides additional information to the older reader.

Geister’s full-color illustrations capture Twin Cities people, places and history both familiar and evocative to readers young and old. When talking about the book, he says, “These paintings are kind of like a love letter to the Twin Cities.”

Geister, the illustrator of several children’s books, including B is for Battle Cry: A Civil War Alphabet, Riding to Washington and his latest, Surviving the Hindenburg, is also well-known for his historical paintings and magazine illustrations, and for his occasional appearance as the historical artist Seth Eastman on Twin Cities Public Television.

Carlson has written and illustrated over sixty books of fiction for children, although, as she pointed out at the release party, this is her first attempt at this kind of book. She joked, “ I had not written a poem since 9th grade!” Carlson’s previous titles include Henry’s Show and Tell, Harriet and the Roller Coaster and I Like Me. Her characters are loved by a whole generation of children, who grew up and are now reading Carlson’s book to their own children.

Wilbur is the author of four Sleeping Bear Press titles, as well as the upcoming E is for Eiffel Tower: A France Alphabet and F is for Friendship: A Quilt Alphabet.

The hardcover book is available at local bookstores and Amazon.