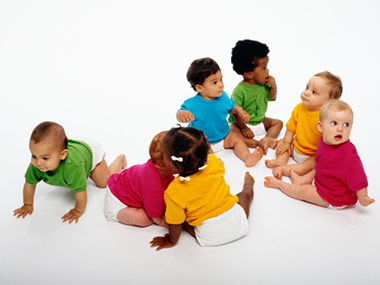 Childcare is a costly part of many families’ budgets at any income level, but particularly for Minnesotans. Our state ranks among worst in childcare affordability; annual care for one infant averages $13,580 here (more than in-state tuition at the U of M). That’s nearly 16 percent of the median income for a two-parent family—and 52 percent of the median income for a single parent. The U.S. Department of Health and Human Services recommends that childcare consumes no more than ten percent of a family’s income.

Our state’s Child Care Assistance Program (CCAP) attempts to make care more affordable for low-income families. Unfortunately the program has a few shortcomings that keep children from accessing quality care and disincentivize work for some families.

One component of CCAP is the Basic Sliding Fee (BSF) program. BSF provides a subsidy to families in which all parents/guardians in the home are spending at least 20 hours each week working, looking for work, or at school. Families are eligible to enter BSF if their income is under 47 percent SMI (state median income); they may remain in the program until their income exceeds 67 percent SMI.

Unfortunately the BSF scales mean that families whose incomes rise high enough fall off of a financial cliff of sorts. For a family of four (two parents, two young children), they may go from paying about $8,000 per year for childcare (at 66 percent state median income) to well over $20,000 as soon as their annual income exceeds 67 percent SMI ($55,300). Here’s why. The state pays the childcare provider a much lower pre-negotiated rate than non-subsidized families. Once a family is no longer receiving the subsidy, it not only loses the direct public support, but the provider would then be allowed to charge the market rate. Childcare costs could more than double while their income increases only marginally. Parents in this situation have a clear deterrent to earning higher wages for fear that they’ll lose their childcare assistance. Can you imagine turning down a promotion because you can’t afford to take it?

Even direr is that many qualified families can’t access BSF at all. 28 Minnesota counties have CCAP waiting lists totaling nearly 6,300 families. These families may be getting by in a few different ways: by not working as much as they otherwise could, by relying on insufficient or unsafe childcare, or by spending a massive portion of their income towards care.

Lowering the cost of childcare isn’t the answer. Child Care Aware of America notes that “about 80 percent of the cost in a childcare program is for payroll and related expenses… However, despite the tremendous responsibilities childcare providers assume, childcare remains one of the lowest paying professional fields… The average wage for full-time childcare workers was $10.25 per hour in 2011.”

The Family Economic Security Act winding its way through the Legislature could provide some relief by fully funding CCAP for all eligible families (eliminating the waiting list) and raising the income exit level for BSF. The proposal would also increase tax credits for working families and raise the minimum wage. These changes would help make work pay—and make sure that our youngest Minnesotans are in safe, quality care.