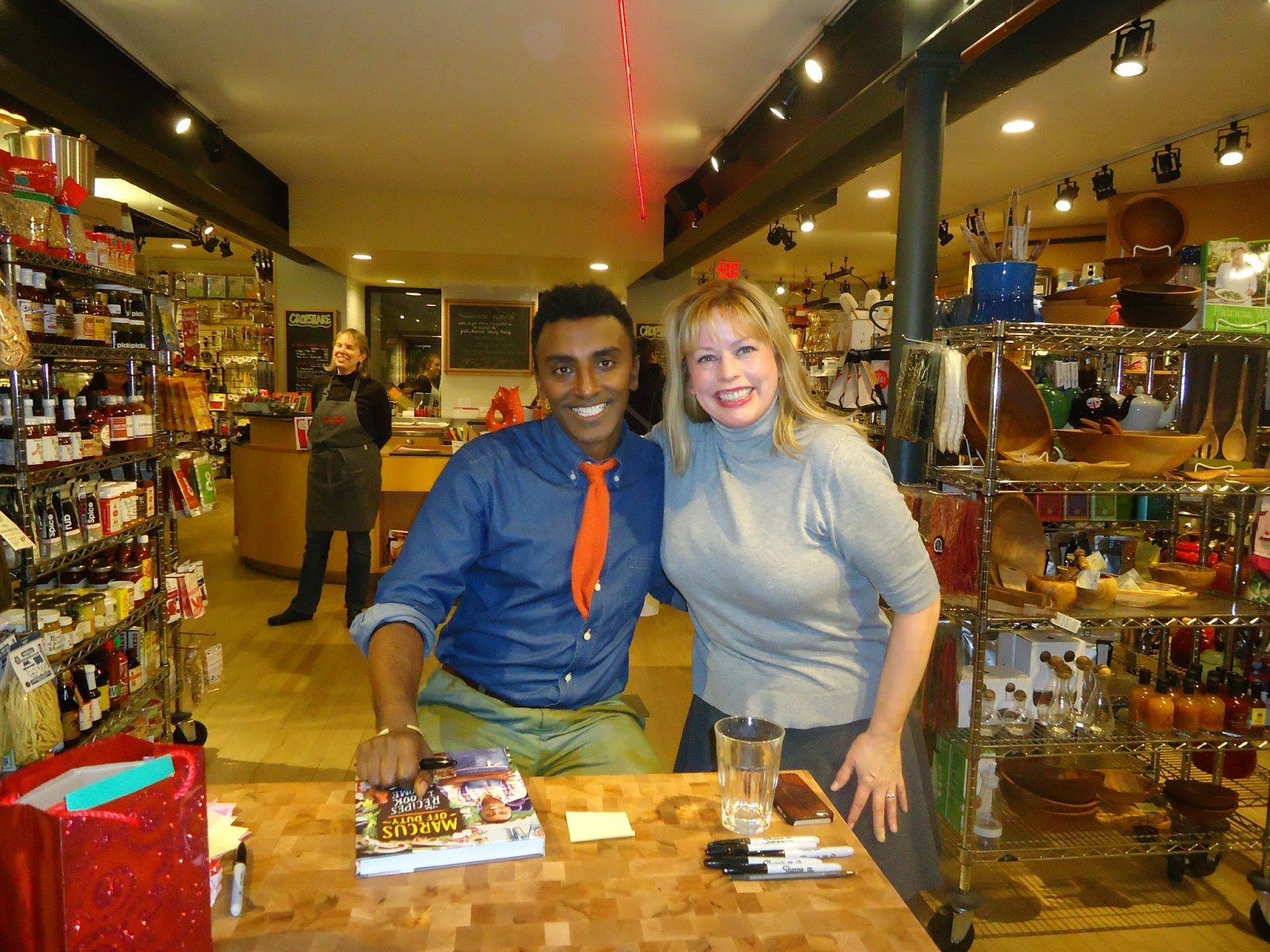 Before everyone and their mother had a blog, before we all photographed every plate we encountered, before google and the Food Network guided every edible decision we made, I attended a cookbook signing at the American Swedish Institute in Minneapolis.

Our dinner included recipes from “Aquavit: and the New Scandinavian Cuisine” and I ate three servings of foie gras ganache. The author and chef was Marcus Samuelsson, who was a rising star in the food world and the guy every Scandinavian girl in Minnesota had a crush on.

When it was my turn for a signature, Chef Marcus asked for my name and commented, “Patrice? A French name.”

I was pretty sure we’d shared a moment.

Now the once up-and-coming chef is a reigning rock star among food lovers and fifteen years later I’m still handing my cookbook over for a signature.

On Friday a lunchtime crowd of 300 gathered at ASI to see Chef Marcus who was in the Twin Cities to talk about his latest cookbook “Off Duty: The Recipes I Cook at Home.” He reminded us that everywhere except for in America food choices are guided by spiritual compasses. The only time Americans fast is when we need to lose five pounds. He also reminded us that in America we are a nation of immigrants and food is the best way to share and celebrate our differences, “I’m from this culture and I want to preserve it.”

Chef Marcus has an infectious enthusiasm that he shared with us disciples. “Food is in and of a place,” he said. “The feeling of cooking is magical. It’s not politics, it’s not money, it’s not religion. It is spiritual.”

Later at Cooks of Crocus Hill in St. Paul at another sold-out signing, I dined with fifty other lucky ticket holders while Chef Marcus continued his homily. We sopped up his lessons with as much fervor as the meal placed before us: kebabs of spicy sausage and shrimp, extra dirty rice (that Chef Marcus insisted be made dirtier before our arrival), and buckwheat noodles with peanuts.

When asked about how to feed children who don’t like what the family is eating, he stiffened at the idea that parents allow their children to dictate the direction of family meals. Parents’ tastes should be guiding decisions about what a family eats, not their children’s tastes. “When I was a kid I was asked once a year what I wanted for dinner. And that was on my birthday.”

When discussion turned to the food American schools serve students, again Chef Marcus stiffened. “In America we have the best food, and the worst food.” His message was clear: the 15 million American children who live in food insecure homes deserve better than that. In this richest of countries how do we justify that our neighbors, our children, go hungry?

On Friday night I listened as Chef Marcus spoke with fans and signed their books. A pretty young redhead handed him a book and post-it with her name on it. “Colette! A French name,” Chef Marcus enthused. Colette grinned and swooned, and had her moment. And a new disciple was born. 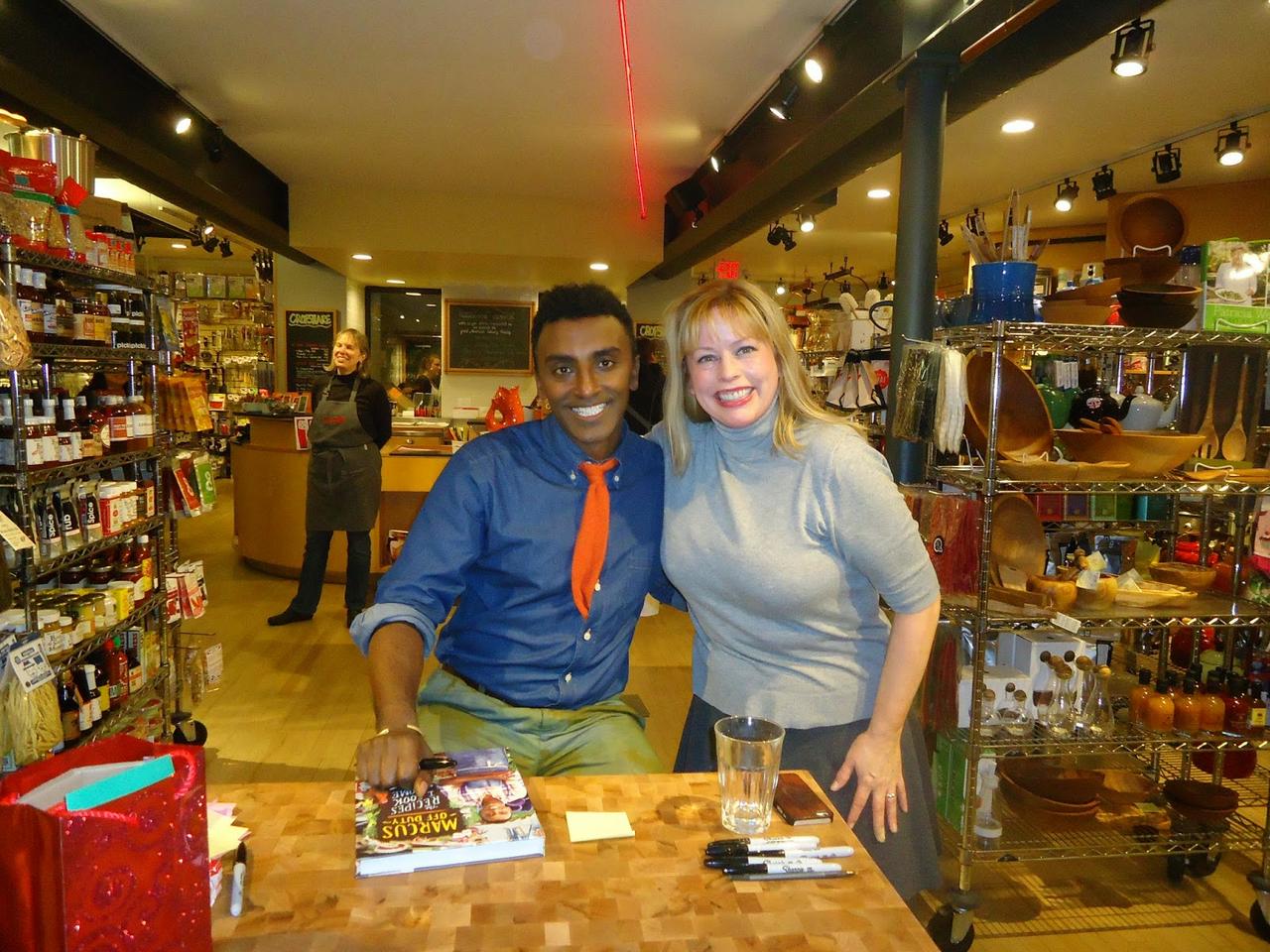 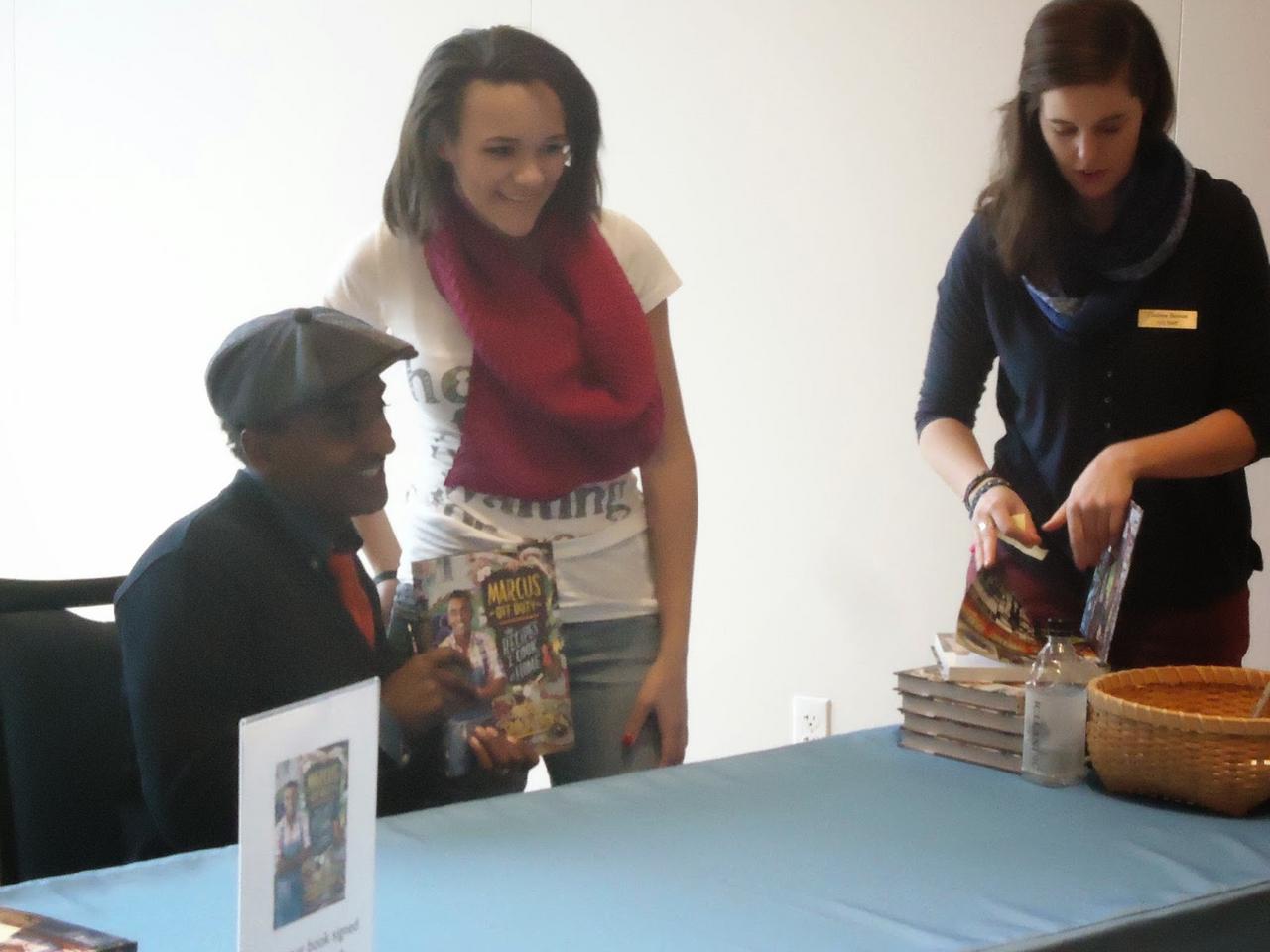 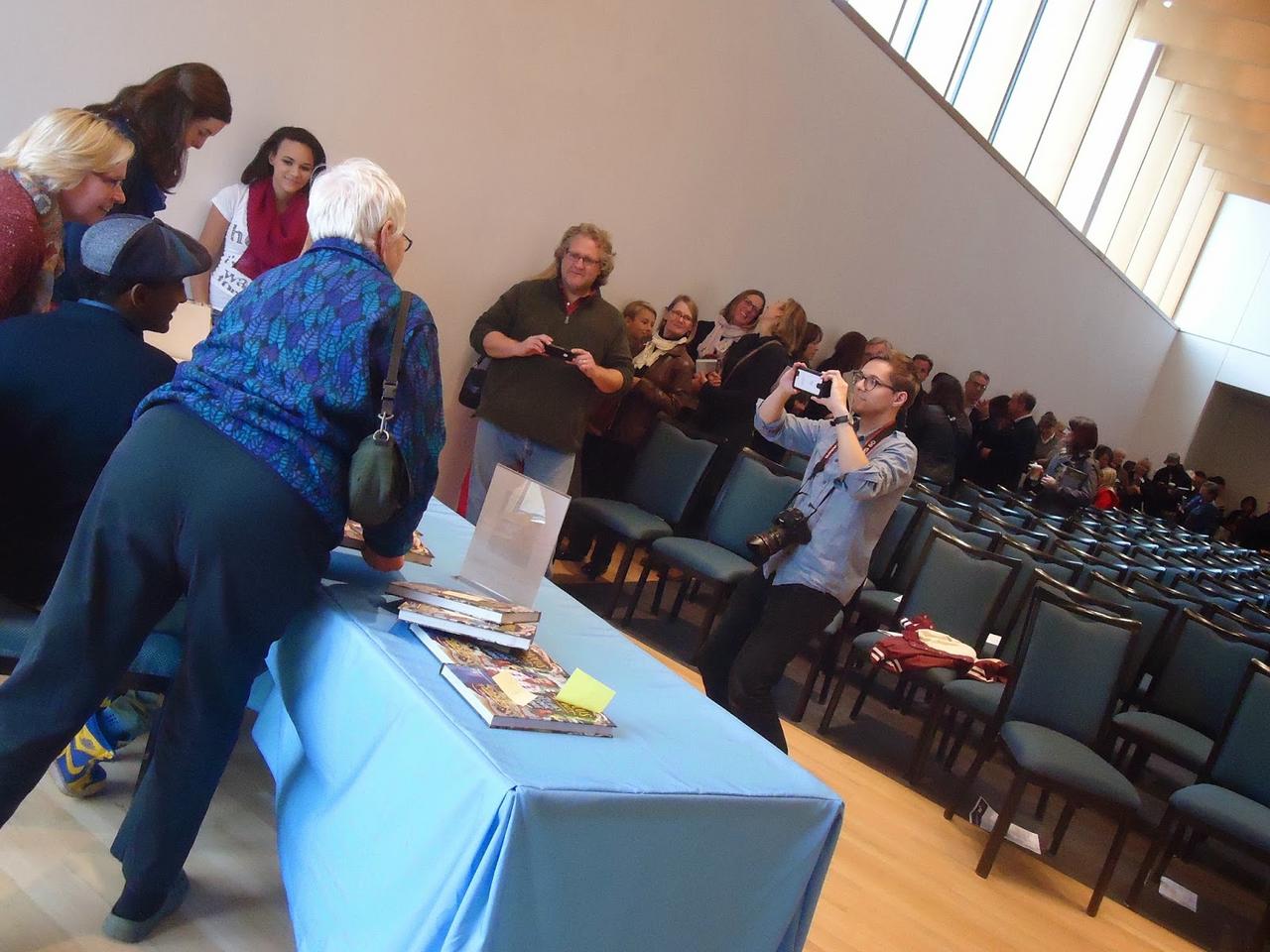 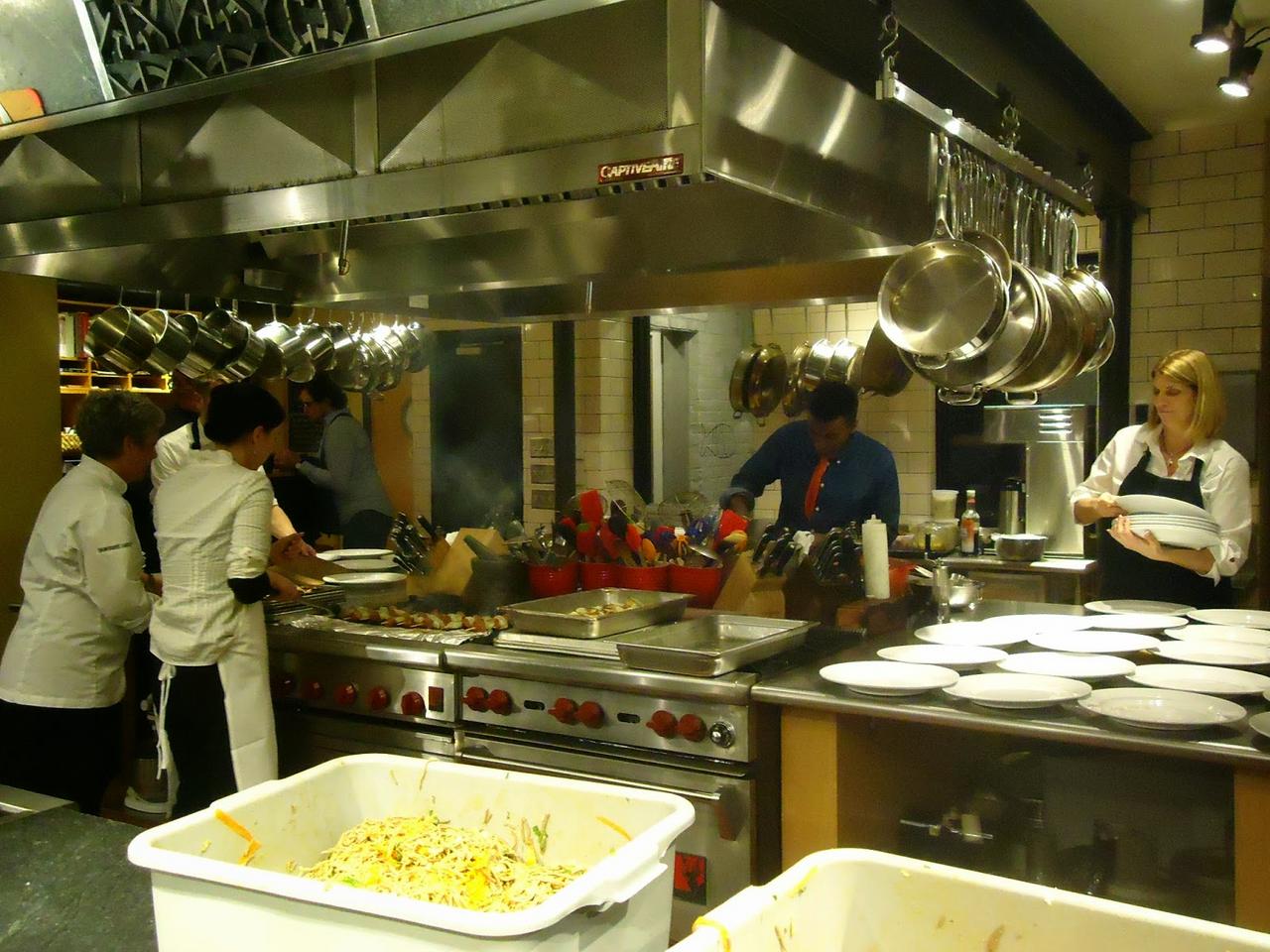 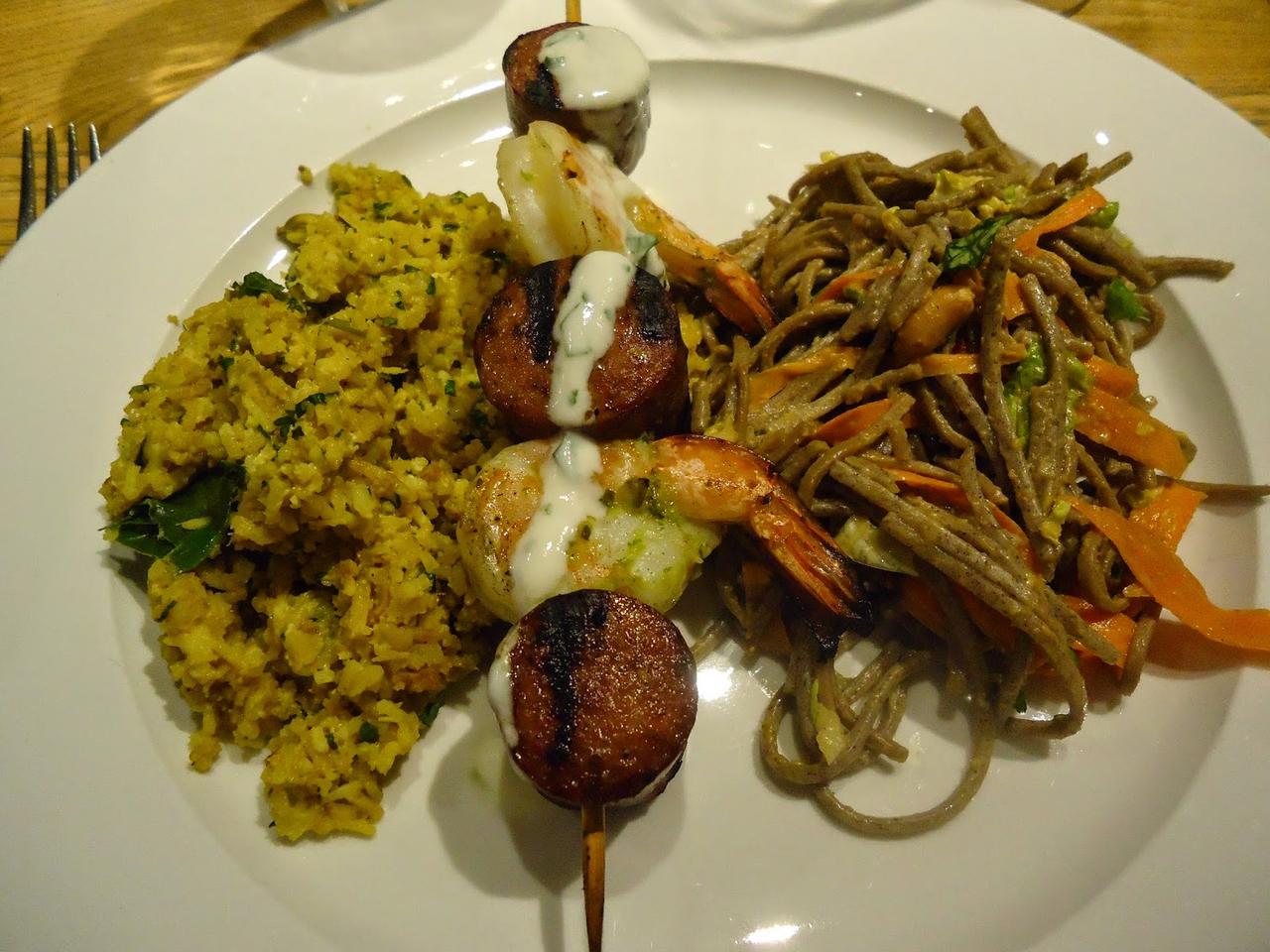 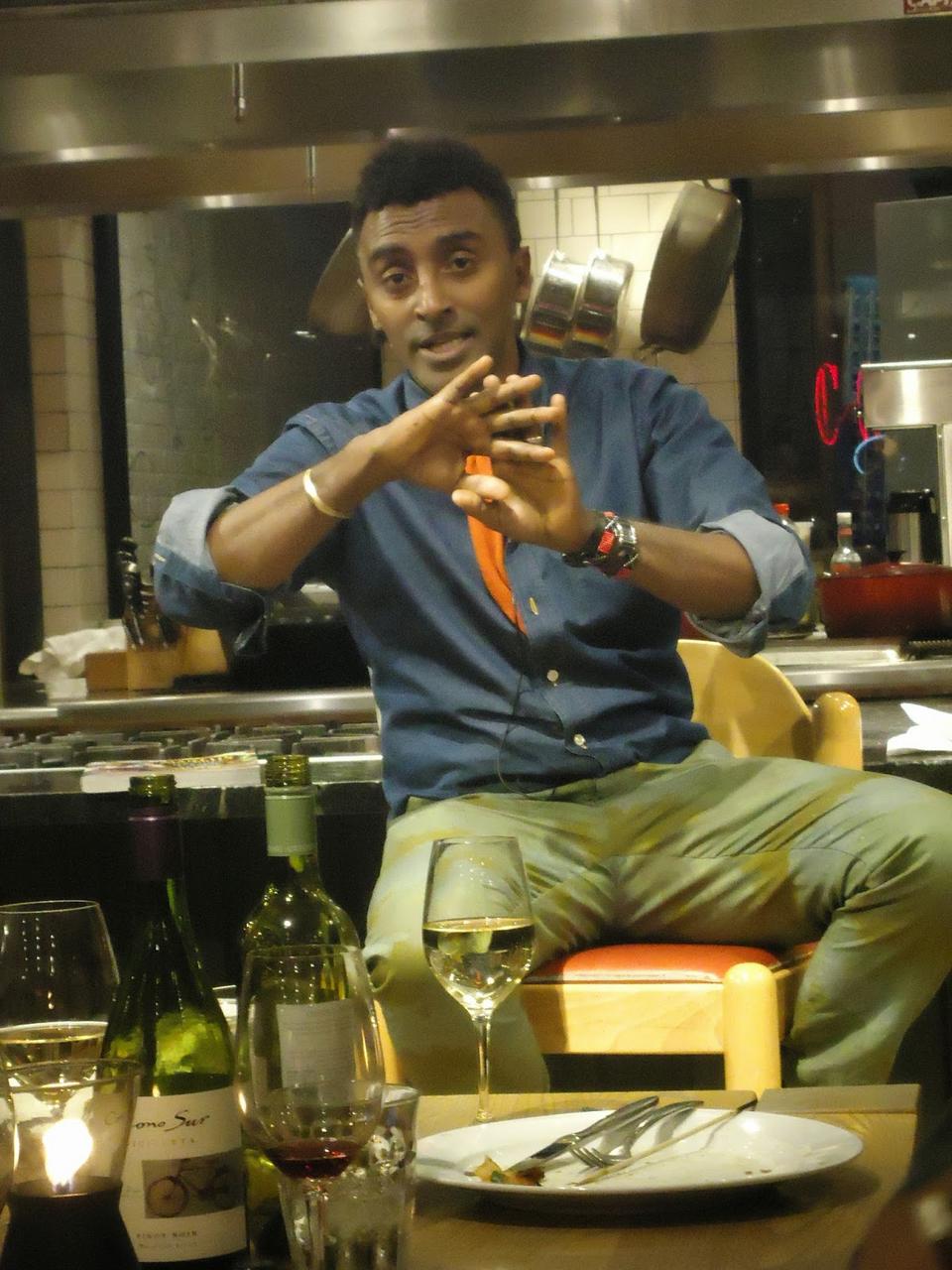