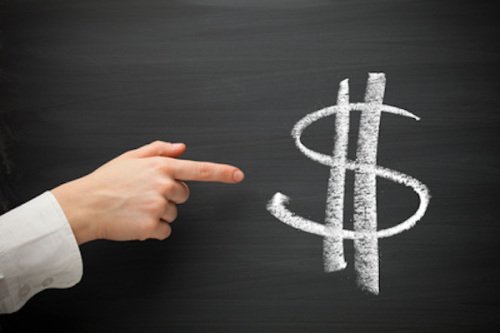 What’s next after Minneapolis Public Schools terminated its $375,000 contract with Community Standards Initiative? The Star Tribune’s Alejandra Matos reported in detail on the story back in September, and nothing has happened since then to make MPS or CSI look any better. CSI, led by Clarence Hightower and Al Flowers, still has the first $46,000 payment — so the taxpayers are out that money. Going back a few years and looking at other contracts makes MPS look even worse.

In an open letter, a new group named Black Advocates for Education last week asked “how many other similar contracts have been approved over the last several years behind closed doors and without a transparent process.”

Quite a few, would be my guess.

Donald Allen has been charging for years that MPS gave the Urban League and Front Street Marketing a sweetheart deal in 2008. That $103,000 contract awarded while Clarence Hightower was president of the Minneapolis Urban League. That contract also didn’t turn out so well.

Allen knows about sweetheart deals, because MPS awarded him a no-bid contract in 2011, which was another fiasco.

I know how difficult MPS made it to get any information on their contracts back in 2011, because I was the editor for Sheila Regan’s 2011 series in the Daily Planet. Perhaps in response to the criticism back then, MPS rolled out a new contract policy — which provided for less oversight and less transparency, making it even harder to track who was getting contracts. Here’s how Regan described it:

Under the new system, as described by [Chief of Policy and Operations Steve] Liss, the school board is only responsible for approving contracts over $100,000, or building contracts for over $500,000. Previously, they needed to approve contracts over $5,000. These were typically included in each month’s consent agenda, which the district staff presents to the board for approval without discussion.

Under the new system, the managers of the various departments will be responsible for seeking RFPs for any contract over $50,000.

It’s possible that the policies have changed since 2011, but shouldn’t a $375,000 contract require an RFP and competitive bidding? Especially when the contractor — Community Standards Initiative — had no track record at all?

As Regan reported back in 2011, contracts are typically put on the consent agenda and approved by the school board without scrutiny or question. The contract approval process is confusing, contradictory and not at all transparent.

Chris Stewart, who was a school board member back in 2011, tried at that time to get some accountability and to block at least one bad contract. Instead, MPS did a sneaky end run and got it approved under another name. It’s all there in the Daily Planet series — Strange bedfellows and Contracts and transparency in Minneapolis Public Schools and Foot-dragging on public information.

Stewart and University of St. Thomas law professor Nekima Levy-Pounds were among the eight people signing the open letter from Black Advocates for Education. They also asked for an investigation of “disturbing allegations about our elected, appointed, and self-appointed leadership in Minneapolis.” That’s got to include the MPS administration, MPS school board, Senators Bobby Joe Champion and Jeff Hayden, as well as Flowers and Hightower.

As the letter points out, there’s an even bigger issue here than adult shenanigans and wasting taxpayer money:

“It is a crying shame that while adults play political games for self-enrichment and to increase their personal influence, Minneapolis students are suffering and their potential is being stifled.”