“Let me tell you about the very rich. They are different from you and me.”

The rich are different from the rest of us. It is not just that they have more money.

We already know that the rich are doing well. Over a 30 year period their income has increased by nearly 300% while for those at the bottom it has gone up by less than 20%. Wealth and income inequality are at record levels in the United States and social and economic mobility in America has all but halted. Those born to rich parents are likely to stay rich, those born to poor parents are likely to stay that way. Our educational and tax systems no long mitigate inequalities but reinforce and exacerbate them. All this is common knowledge–at least to those who study the numbers and read the reports from the Congressional Budget Office, the Census Bureau, and scores of other organizations documenting the new class structure of America. 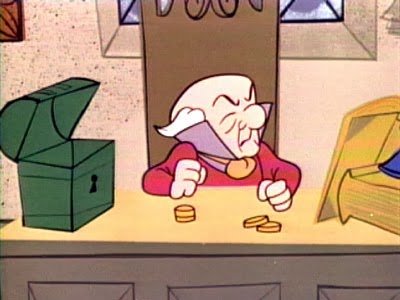 Yet many justify the inequalities and tax breaks for the rich by invoking trickle down economics or by claiming that the low taxes will perhaps lead to the affluent giving to charity and providing alms to the poor. “Government crowds out charity, depressing benevolence,” at least this is what some claim. But is it true? Have the rich responded to their new found excess by giving to the poor? The simple answer is no. Instead, what permeates their attitudes would make Scrooge smile with indifferent delight.

Yes, the rich–those in the top quintile or top one percent income bracket do give more money overall to charity than others in society. They have more money and therefore give more. According to the IRS, the wealthiest 1% gave away 3.4% of their adjusted gross income in 2008–a higher percentage than any other income bracket. But that number really is misleading. Adjusted gross income is the income after all tax deductions are counted–deductions for mortgage interest and business losses. But what really matters is giving out of discretionary income–the money remaining after taxes and bills are paid. Discretionary income is the place where people have choices–give to charity or hold on to the money–and this is where the rich fall down.

According to a 2012 Chronicle of Philanthropy study the top one percent give 2.8% of their discretionary income to charity, with those making $100,000 or more giving 4.2%, and those making $50,000 to $75,000 per year giving 7.6% of their discretionary income. Ken Stern, author of With Charity for All: Why Charities Are Failing and a Better Way to Give, wrote in the April 2013 Atlantic: “In 2011, the wealthiest Americans—those with earnings in the top 20 percent—contributed on average 1.3 percent of their income to charity. By comparison, Americans at the base of the income pyramid—those in the bottom 20 percent—donated 3.2 percent of their income.” Middle class and poor are more generous to charity than the rich. These statistics may even undercount giving by the poor since they are less likely to itemize and therefore count their deductions in the way the more affluent do.

The giving patterns for the rich are also interesting. The rich are more likely to give to the arts and education whereas the middle class give to their religious institutions. The least affluent are more likely to give to the poor–they can better sympathize with them it seems, whereas the rich cannot. In fact, out of sight out of mind characterizes the charitable pattern of the rich. The richest enclaves in America–areas where there are the fewest poor people and the greatest concentration of the affluent–have the worst percentages in terms of giving to charity overall and to the poor in specific. On balance, if we lived in a more egalitarian society not only would there be less poverty but charitable giving would increase because those less than rich would donate a greater percentage of their income than the affluent. Equality fosters charity, reinforcing government programs that do the same. Government programs do not crowd out charity, they enable it.

We are cutting food stamps to the poor, unemployment benefits to victims of the recession, and refusing to do charity to help the least advantaged. How have we become a nation so indifferent to the poor? How could people who consider the United States a Christian nation act so uncharitable? Pope Francis is admonishing the Catholic Church to return to its roots and again help the poor. Maybe the Pope’s words will change these individuals’ minds about social policy and get the rich to open up their wallets. Perhaps this holiday season we can begin to do more to help the needy–first through charity but more importantly through supporting social justice and government programs.

It is also that they don’t care about the rest of us, especially the poor. At least this is what we can conclude when we look at charitable giving in the United States. What we find is that the rich are stingy and callous–Scroogelike not only with taxes, food stamps and other support for the poor–but also in how they compare to the rest of us when it comes to charity for the needy and least advantaged.