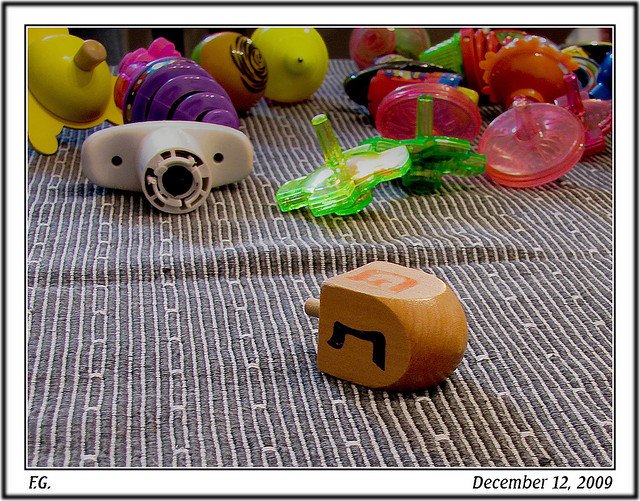 On a cool evening last September, I sat in the sanctuary at Temple Israel waiting for Rabbi Marcia Zimmerman to begin her sermon. The holiness of Rosh Hashanah filled the room. I grabbed the edges of my tallit to shrug it up onto my shoulders, and exposed the misspelled Hebrew tattoo on my wrist. To my left sat a lesbian couple. Just in front of us, a young boy wore a kipah with a Twins logo embroidered on the back. His grandfather wore no head-covering at all. He leaned into his mother’s shoulder and she pressed her cheek to the top of his head.

“They tried to kill us; we survived; let’s eat,” the rabbi began.

A quiet laugh rippled through the congregation. Rabbi Zimmerman claimed that this is the Jewish Narrative that many of us grew up with. The generation of Jews born to the era of Holocaust survivors was imbued with the fear that it’s just not safe to be a Jew. She said remembering our history of persecution is important, but it is not the only thing that makes us Jewish.

“Our children did not grow up scared of being Jewish.” She talked about the thirty-somethings like myself who had been active in the North American Federation of Temple Youth (NFTY) and United Synagogue Youth (USY). She mentioned contemporary Jewish celebrities like Adam Sandler, Jon Stewart, and Sarah Silverman who popularized a new idea about what it means to be Jewish. In summary, she proposed that the old Jewish narrative is no longer befitting of the new Jewish experience.

I always associated Judaism with joy, acceptance, and love. I attended Olin-Sang-Ruby Union Institute for sleep-away camp when I was a kid. I was part of my synagogue’s senior youth group and attended every NFTY Northern Region Conclave from the time I was fourteen till I graduated high school. I was confirmed when I was sixteen. I did the Alexander Muss High School in Israel program. I attended Jewish student activities in college. Being Jewish was about making new friends, singing songs, studying Torah, and of course – eating. I was never afraid that something was going to happen to me because I was Jewish. It wasn’t even on my radar.

When I was twenty-two I got a Hebrew tattoo. Several months later I moved to New Jersey to live with my paternal grandfather (a Persian Jew who left Tehran at the end of WWII). When I arrived at his house my great-uncle expressed concern about my new ink. “You’ve just branded yourself a Jew,” he said gently.

“I know dear, but now everyone will know you’re a Jew,” he held my wrist in one hand and placed the palm of his other hand on my cheek. “Please,” he pleaded, “Keep it covered.” This was exactly the sentiment Rabbi Zimmerman was talking about.

But I couldn’t understand why my grandfather and my great-uncle were so scared. That was ten years ago. And even then I knew what Rabbi Zimmerman spoke about in her sermon last fall. “The old narrative no longer works for us.” My generation grew up with camaraderie, community, and openness. Rabbi Zimmerman urged parents and grandparents in the congregation to abandon the old narrative and examine the new circumstances surrounding them.

Judaism is becoming more mainstream every day. Jewish characters are becoming more popular in television shows and movies like Friends, Will & Grace, Seinfeld, Knocked Up, Inglorious Bastards, and You Don’t Mess with the Zohan. My friends feel free to openly ask me questions about “Jewish things” they see in these movies and shows.

Marta Kaufman (writer and creator of the hit show, Friends) gave the keynote address at the NFTY National Convention in 1999. I was there to see her. She herself is Jewish and she talked about making the conscious choice to include Judaism in the show. She created Ross and Monica Geller and Rachel Green. Bringing those characters to life was a way to include Judaism simply by acknowledging that some of the characters were Jewish. It was not a Jewish show. There was not an annual ‘Seder’ episode. But it was clear that some of these people were Jewish, and they were just as funny and human as the rest.

The increase in genuine acceptance of Jewish life is the direct result of being an open and engaging community. It is the result of individual Jews demonstrating Jewish principles for their non-Jewish friends, relatives, employers, and audiences. We are responsible for our narrative. And our narrative is important because it becomes a part of our individual stories and because it tells the world how we feel about ourselves.

Abandoning the old narrative is not enough. Orthodox, Conservative, Reform, or Zionist we would do well to identify that which bonds us besides the fear of annihilation. How we define ourselves will shape how others deal with us and how our own children see themselves. If we let go of, “They tried to kill us; we survived; let’s eat,” what do we replace it with? As modern American Jews, what is our story?

Elise Cole lives in St. Paul with her husband Peter and their dog Sookie. She has a bachelor’s degree in Legal Studies from Hamline University and has studied creative writing at The Loft Literary Center in Minneapolis.