The opening of the Central Corridor provides an opportunity to celebrate the two LRT lines that now provide service between St. Paul, Minneapolis, and the airport. It’s important to remember that ridership for Hiawatha (Blue Line) has blown past projected ridership for 2020. The Blue Line averaged 31,000 weekday riders in the 3rd quarter of 2013, significantly above the 2020 projections of 24,800 riders. It succeeded because it connected major centers of activity and is surrounded by areas of relative density.

I expect the Central Corridor to also surpass previous projections for similar reasons. It connects Downtown Minneapolis, the University of Minnesota, the Midway jobs center, and Downtown St. Paul. The route also substantially runs along University Avenue, a historic and well-established commercial street with its associated residential and business density. 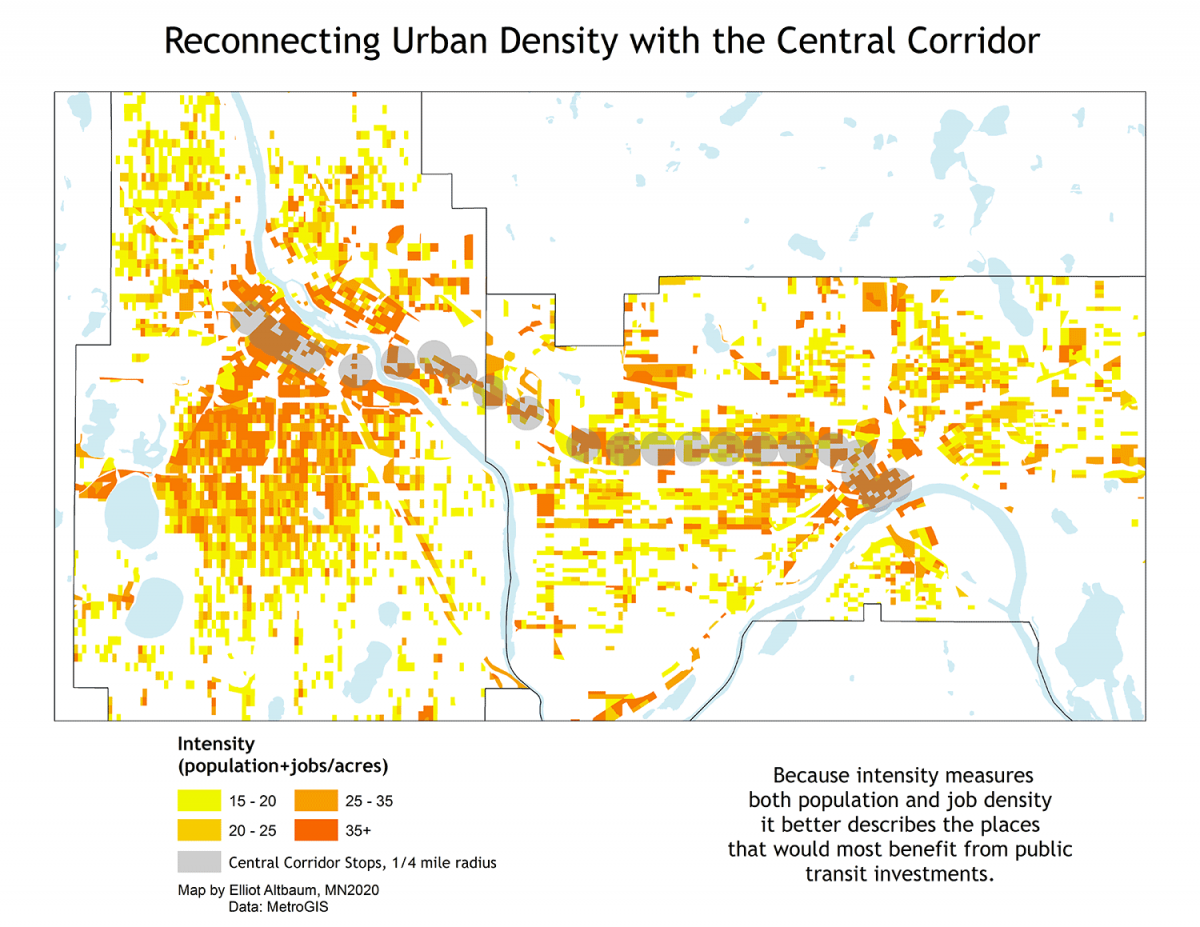 The Green line is only the second part of a much larger system the Met Council is developing. In 2015 and 2016, the Snelling and West 7th BRT (Bus Rapid Transit) lines will open. Southwest (Green line extension) and Bottineau (Blue line extension) are the next two planned LRT lines.

With Minnesota pushing to strongly invest in significant transportation improvements in the coming decades, this investment’s guiding principles will influence where we work and live for the next 50 or 100 years. The valuable lessons learned from the success of Hiawatha and Central Corridor are being unlearned in the development of the next two additions to our rail system. Both the Southwest and Bottineau serve Downtown Minneapolis yet bypass other dense parts of the region. After avoiding density in the center of the region each runs through relatively sparsely populated suburbs on the way to suburban office parks. To get the greatest return on investment when spending $1 billion we should set guidelines that will provide service to dense areas and areas that can see significant transit oriented development.

This is part one of a multipart series exploring the alignment of future LRT routing in the metro region.

What’s next? Join us [Tuesday] for a discussion about MN’s transit future at mn2020.org. Barb Thoman, Executive Director of Transit for Livable Communities will join the discussion from 8-9:30 am.