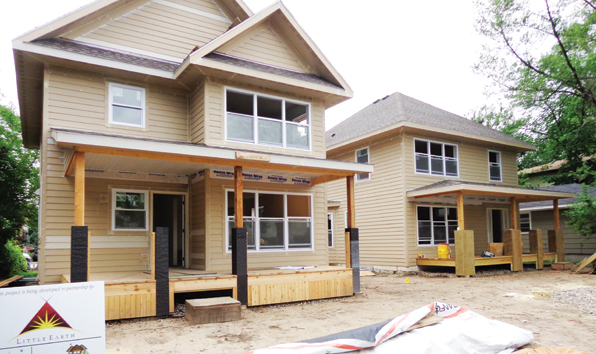 Last week the MSR reported that the Minneapolis Civil Rights Department will now monthly post online all the projects they are currently monitoring and identify them as either meeting goals, not meeting goals, or too soon to tell. Based on current information, at least six of the 57 construction projects’ workforces the department is currently monitoring are not meeting their participation goals of 32 percent minority and six percent female workers. This week we attempted to contact three companies that fell short of both their female and minority hiring goals.

Ice Cold Construction has three home construction projects underway totaling $583,854, all located on the same block in South Minneapolis. According to the City, all three jobs are not meeting minority or female workforce goals.

When asked about this last week, company owner Henry Ford told the MSR that he was surprised to hear this, saying he wasn’t aware of the City’s workforce goals because his secretary handled the paperwork. “We’re not done [with the project] yet,” he said while inviting us to visit one of the sites to verify his statement that “We do hire women and minorities every day.”

Site foreman Tom Bachmeier pointed out that the nine workers are from the training program at Lino Lakes Prison. Four are persons of color: two Native Americans, one Latino, and one of Middle Eastern decent.

“I got a real good crew,” he said, adding however that no females work on the projects because Lino Lakes is a males-only facility. “We do everything [on the project] but mechanical and electrical.”

Shaw-Lundquist Associates in January completed a $2.5 million-plus restrooms renovation job at the downtown convention center. The Civil Rights Department verified that 5.06 percent of the project’s workers were female, 13 percent were skilled minority workers, and almost 33 percent were unskilled minorities.

Project Manager John Meyers, when contacted, said he believed his firm did meet the hiring goals. “The project was electrical and plumbing. There aren’t too many female and minority plumbers and electricians,” he said, suggesting that an inability to find qualified minority and female workers is responsible for their unmet goals.

Derau Construction has the $191,408 dog park project in Minneapolis’ Sixth District and also is, according to the Civil Rights Department, not meeting minority and female hiring goals. Company officials did not respond to MSR phone messages seeking comment.

Nor did the Minneapolis Civil Rights Department respond by our press deadline to our efforts to clarify the reasons these projects were identified as noncompliant.

Ford reiterated that his company is meeting all hiring goals. “They [the City] wouldn’t let you do the project if I’m not meeting goals,” he believes.

This is the first article in an occasional series. In an upcoming issue: The MSR will contact companies that are meeting hiring goals to find out what they are doing to reach them and what difficulties they may encounter doing so.