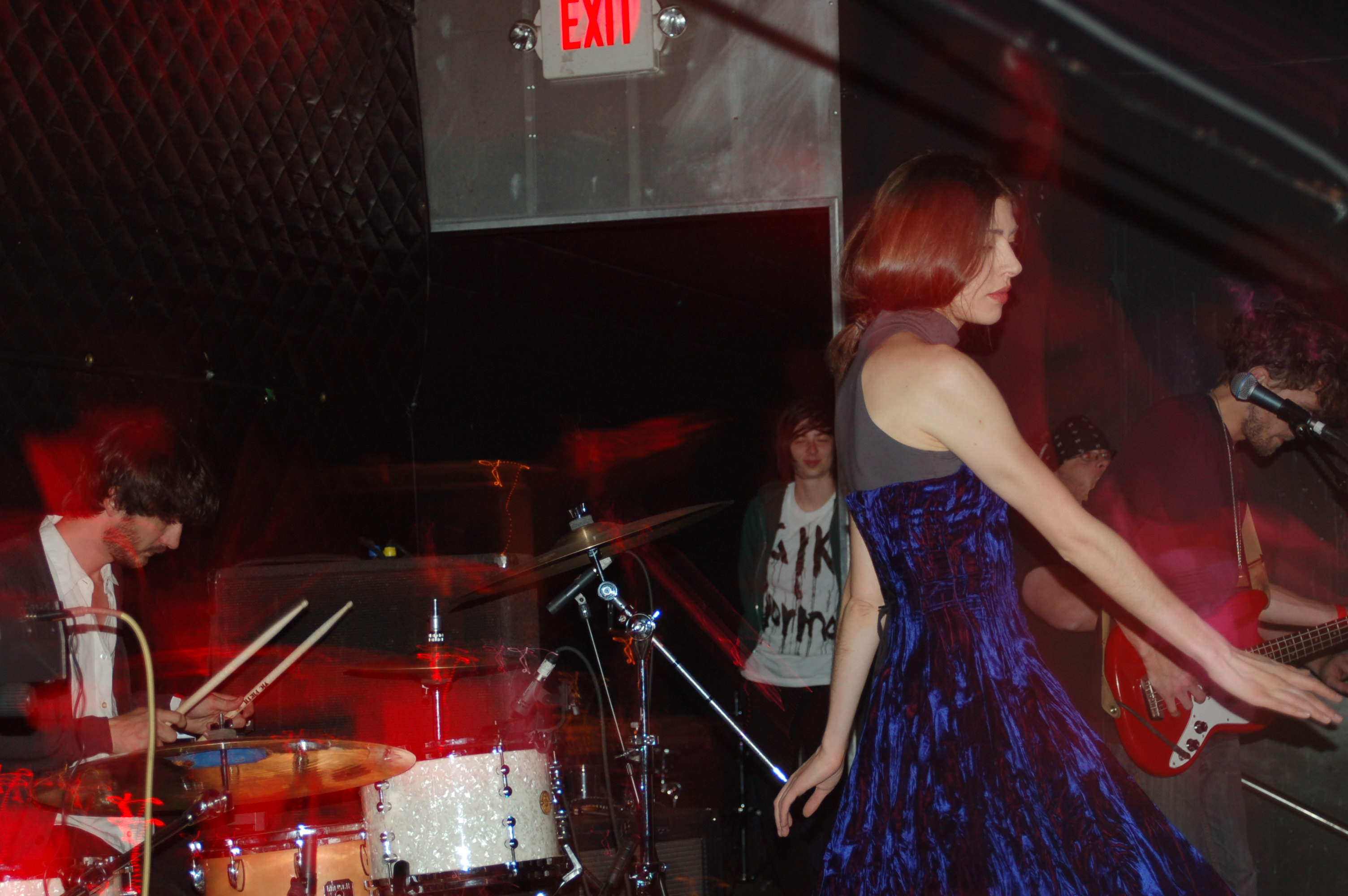 If you pay a lot of attention to music, you either go to SXSW or you end up reading a lot about SXSW because every blog covers it and seemingly everyone you follow on Twitter is there. One thing that I kept reading was how great Chairlift’s performances were down in Austin. I was excited to see how much they had grown since their first album and if they could live up to the SXSW buzz when they performed at the Triple Rock on April 1,2012.

Chairlift is most well known for their song “Bruises”—a song with a whimsical bop that Apple used to sell iPods off of Chairlift’s first album Does You Inspire You. In January the band, now a duo down from a trio, consisting of lead singer Caroline Polachek and bassist Patrick Wimberly, released their largely underrated sophomore album Something.

From the moment they took the stage at the Triple Rock they commanded the attention of everyone in the audience. Polachek in a blue chiffon cocktail dress came out and welcomed the crowd with an animal like scream as they launched into the revenged fueled “Sidewalk Safari.” The intensity with which Polachek sang the chorus “I’m going to run you down / I’m going to hunt you down” felt less about an ex-lover and more a warning to the crowd about what was coming.

The entire set felt seductive and exotic. Chairlift’s first album was enjoyable but a bit too dense in songs that sounded like they were inspired by early 80’s sci-fi films. When I saw them at First Ave. in 2010 their stage presence felt the same; my take away from that show was that it felt dark. This show was completely different—it was bright and full of confident exuberance. The second song of the night was “I Belong In Your Arms,” a perfectly timeless spring pop song that you could place on the soundtrack for Clueless or Can’t Hardly Wait without skipping a beat.

What draws me to Chairlift’s songs is how sleek and crisp each song is while at the same time giving the sense of vulnerability. Polachek’s voice toggles between being powerful enough to hit the high notes on the slow burning ballad “Cool As A Fire” with such force that it seems as if she could control the elements of nature with her voice, to singing with such vulnerability that during “Wrong Opinion” when she sang the bridge “I see the sun rising over the edge / Did you miss it or ignore it / I see the beginning where you see the end” it seemed like you were the presence of a couple breaking up.

The duo backed by a full band freed Polachek to twirl and dance around the stage, at one point even playing castanets. Throughout the performance the band exuded confidence in every aspect of their set. There were no false starts, the sound was impeccable, very little downtime between songs, and songs played with precision bleeding in to freak out jam session like during the evening’s closer “Amanaemonsia.”

Because of the confidence that Chairlift plays with and the seductive powers of Caroline Polachek, I was constantly reminded of seeing a Sade performance rather than just another Brooklyn-by-way-of-Denver buzz band striking fleeting success in a one off mp3 driven music culture. For a band that was almost literally born via the iPod their performance was pompous, visceral, and bigger than just a link on a webpage. If you have a chance over the next year to see them live, put down your earbuds and see them live for yourself, it is worth it. 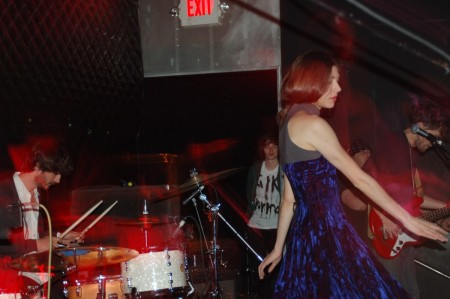