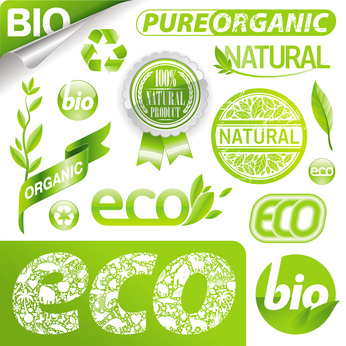 A report released earlier this month by the Wisconsin-based Cornucopia Institute warns that health-minded cereal eaters may not be getting their money’s worth, and some Minnesota brands may be to blame.

The report, titled “Cereal Crimes,” which was released to the public October 12, claims that many products labeled “natural” are actually conventional foods marketed to eco-conscious consumers, often at a premium price. While products bearing an “organic” label must meet strict federal guidelines set by the USDA, there are no legal restrictions on the use of the word “natural” on food packaging, with the exception of some meat products. The report suggests that cereal brands using the “natural” label have taken advantage of consumer confusion over the terms “natural” and “organic.” It says that shoppers attracted to the “natural” label may assume, wrongly in many cases, that the products are free of pesticides, genetically modified organisms (GMOs), and synthetic ingredients.

“We’ve had a lot of feedback already after we released our report from consumers who felt betrayed,” said Charlotte Vallaeys, Director of Farm and Food Policy at the Cornucopia Institute.

Other locally owned “natural” brands targeted by the report include Mom’s Best and Three Sisters, both owned by Malt-O-Meal Company, headquartered in Minneapolis. Both brands received Cornucopia’s lowest rating on the brand scorecard that accompanies the “Cereal Crimes” report. The organic watchdog gave Mom’s Best cereals a rating of zero in all categories, including organic status, agrichemical use, and GMO policies.

Three Sisters scored higher in the agrichemical use categories, and three of its twelve cereal products are certified organic. The Three Sisters brand is sold exclusively in Whole Foods Market stores. Whole Foods regional marketing director Maggie Bahler explained in an e-mail that Three Sisters and other brands carried by Whole Foods must meet the company’s strict quality standards. Bahler added that “our quality standards have always defined what we mean when we say ‘natural’: free from artificial colors, preservatives, flavorings, sweeteners, and hydrogenated oils.”

Representatives from General Mills and Malt-O-Meal’s Mom’s Best and Three Sisters brands did not respond to requests for comment on the Cornucopia Institute findings. However, the Frequently Asked Questions sections on the Mom’s Best and Three Sisters websites state that the brands bear the “natural” label to indicate that they contain no artificial colors, preservatives, or flavors, and acknowledge that “[i]t’s possible that our cereals contain genetically engineered derivatives.”

Some Minnesota brands fared better in the Cornucopia Institute’s assessment.  Cascadian Farm, also owned by General Mills, is a 100 percent organic brand, and the report points out that Cascadian Farm’s cereals often cost less per ounce than “natural” products containing toxic fumigants and other potentially harmful chemicals. However, the brand loses points on the Cornucopia scorecard due to the agrichemical and GMO practices of its parent company.

Country Choice Organic in Eden Prairie received a perfect score on the Cornucopia Institute scorecard and was the only Minnesota brand to earn a place in the highest rated category. Country Choice Organic “Chief Cookie Officer,” John DePaolis, said in an e-mail that he’s pleased Cornucopia recognized the company, which has sold organic oatmeal and other products since 1995. “Every product we make is certified organic and proudly displays the USDA Organic seal. We work hard to make organic products accessible and delicious,” said DePaolis.

The Cornucopia Institute receives most of its funding through general membership and individual donations–many from organic farmers–according to the organization’s co-founder, Mark Kastel. Other major Cornucopia financial supporters include the Compton Foundation and the Forrest and Frances Lattner Foundation. Cornucopia has also released reports and scorecards for infant formula, organic eggs, soy, and dairy.

Charlotte Vallaeys of Cornucopia encourages consumers to consult the cereal scorecard to help clear up confusion over the “natural” and “organic” labels, and she said it may also introduce shoppers to lesser known brands with a strong commitment to sustainable practices.

Vallaeys emphasized the report’s claim that many products marketed as “natural” are more expensive than certified organics. “Just remember that organic does not necessarily mean more expensive,” she said. “People shouldn’t waste their money on natural products that are essentially just conventional products.”