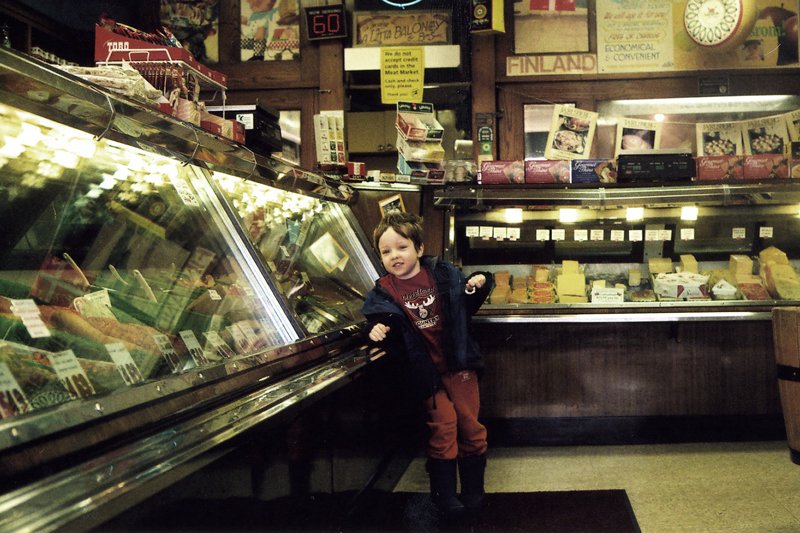 UPDATED AND CORRECTED 7/2/2012: For many Minnesotans, Independence Day means fireworks, flags, and outdoor barbeques. This July, members of the Twin Cities Metro Independent Business Alliance (MetroIBA) encourage you to “Celebrate Your Independents” all month long by shopping at local, independent stores. Twenty-five local businesses are offering special deals during the month of July, including The Wedge, St. Paul Corner Drug, and Midwest Mountaineering. With each purchase, shoppers will gain a chance to become one of two people to win $1,250 in gift cards from participating MetroIBA member businesses.

FULL DISCLOSURE: TC Daily Planet features many Metro IBA members and local businesses in our business and attractions listings. The listings are free, and anyone with a physical address in the Twin Cities area is welcome to register as a TC Daily Planet user and add a listing for their business, park, community space, etc.

“The two main goals of ‘Celebrate Your Independents’ are to drive traffic to our retailers during a slower time of year and to educate the public about why it’s important to shop locally,” said Mary Hamel, Executive Director of MetroIBA, “Studies show that for every dollar you spend at local, independent businesses, it generates at least three times more direct benefit for the local economy than an absentee-owner chain.”

This year, a few more restaurants will be participating in the festivities. The new Bread & Pickle on Lake Harriet, Pat’s Tap, Red Stag Supperclub, and Bryant Lake Bowl are all offering food or drink specials.

“This is our first year participating in Celebrate Your Independents and we’re excited to see how it turns out, and if it drums up some interest,” said Loren Schirber, owner of Castle Building & Remodeling in northeast Minneapolis.

“It started in his basement and then in 2005, we moved to this building,” Schirber said, “With this showroom, we’re trying to be more retail and separate ourselves from the big box stores. When local management is in charge they care more for the community around them versus Wall Street-owned corporations.”

Schirber graduated with a MBA from the University of Minnesota and joined the business in 2002.

“In business school, it’s all about profits,” he said, “I realized though that this is a short-sighted philosophy. You know, Home Depot doesn’t pay local taxes. However, they still call the local police if there’s been a theft or something, so they’re using local resources without having to pay their fair share. We hire local people and support local businesses and contractors.”

Over 70 percent of Castle Building & Remodeling’s employees live in Minneapolis or St. Paul. The other 30 percent live predominately in the first ring suburbs.

“The proximity of contractors is important because it means they are that much closer to the work site,” Schirber explained, “When I was younger, I remember my dad being able to look at a block of houses and know that he had helped work on 24 of the 28 houses on that block. Local businesses give back to those communities. They hire from those communities. I know they’ve done studies about this, but for us, we do it because it just makes sense. We don’t even need a study to know that there is a better return for the community—stronger schools, less crime etc.”

According to Sarah Franklin, Marketing Manager at Bibelot, people are becoming more aware about the importance of shopping locally.

“We have people coming into the stores and saying, ‘I just want to buy something Minnesota-made.’ There is a lot of popularity for the locally made items,” Franklin said, “We still have a ways to go, but it’s definitely getting better—I like what I see.”

At the Celebrate Your Independents kick-off event at FirstTech, MetroIBA members brought donations of healthy, boxed cereal for Open Arms of Minnesota, an organization that delivers nutritious meals to people undergoing breast cancer treatment. “This is just one way to show how independent businesses support their local community,” Hamel said.

Jeremy Hanson Willis, Director of the City of Minneapolis Department of Community Planning and Economic Development (CPED), also spoke about how “small, independent businesses are the heart and lifeblood of the city.”

This past year, Minneapolis welcomed almost 1,900 small, independent businesses. The City of Minneapolis provided 118 businesses with financing tools and 222 businesses with consulting on low-interest loans and grants. The city is also working with the Brooking Institute on an export initiative.

“Only two percent of our economy exports,” Hanson Willis said, “The majority of those exports go to Canada and Mexico. We think there is room for all businesses here to export globally. We focus on helping small and mid-size businesses because large businesses already know how to do that. We brought in a business incubator, called CoCo. So the Grain Exchange is now known as the Brain Exchange.”

Ingebretsen’s, one of the Celebrate Your Independents businesses, has already been expanding their market beyond Minnesota’s borders by offering their Scandinavian gifts and products online and increasing their presence on Facebook. Ingebretsen’s was a meat market until 1974, when the family bought a building on Lake Street and opened a gift shop.

Julie Ingebretsen was put in charge of the gift shop and has been working there ever since. She has been a long-time member of MetroIBA and this is her third year participating in Celebrate Your Independents.

“It’s important for people to shop at local businesses because it keeps money in the community. For me though, it’s more to do with the fact that small, independent businesses have their own personality. They reflect where they’re from and have a unique character that adds to the community,” she said.

Ingebretsen’s not only sells Scandinavian foods and products, but also offers classes that educate people about the Scandinavian arts, such as needlepoint and woodcarving. The classes have become an important part of the Ingebretsen’s mission and are included in the 20 percent off discount during the month of July.

“It’s been fun to watch how Lake Street has changed over the years. Lake Street has always been a place for immigrants to get their start and it’s fun to be a part of that and to be the ol’ guys now. We’re a source of stability for the neighborhood. People have told us that they’re glad we’ve decided to stick around.”

This July, if you would like to see more of your neighborhood businesses stick around you can visit buylocaltwincities.com to learn more about the deals offered by area businesses during the Celebrate Your Independents month.

CORRECTION 7/2/2012:  A local business owner is quoted as saying Home Depot does not pay local taxes. As a reader points out, Home Depot does pay local property taxes and it also collects sales taxes and transmits them to the state and local government. For more extended conversation, see sidebar above.