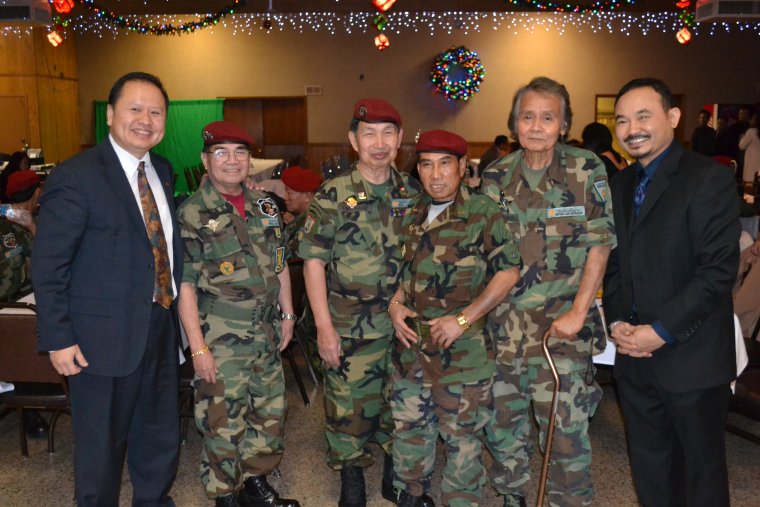 This morning, it was very cold. The temperature was at about 22 degree F. Five Lao veterans attended the Veterans Day at the Vietnam Memorial in front of the State Capitol. I was among the attendees. I had a chance to talk about the war in Laos by expressing my thanks and I urged my fellow Brothers in Arms to do whatever they can so we will be treated as U.S. veterans. -Khao Insixiengmay

The Hmong and Lao helped drive the state legislature to pass the MN Hmong-Lao Veterans Memorial bill in May 2014 (sponsored by Sen. Foung Hawj and Rep. John Lesch).

This weekend, to further push for recognition and acknowledgement of Southeast Asians, the Coalition of Southeast Asian Veterans (CoSAV) based in St. Paul, Minnesota; is trying to push for the passage of resolution H. Res. 596, which states “recognizing the Khmer and Lao/Hmong Freedom Fighters of Cambodia and Laos for supporting and defending the United States Anned Forces during the conflict in Southeast Asia and for their continued support and defense of the United States.” More details of CoSAV’s 3-day lobbying at the Hill below.

Three Days of lobbying Congress to pass this Historic Resolution

The Coalition of Southeast Asian Veterans will be hosting all Vietnam Veterans to meet their Congressmen in Washington to persuade them to cosponsor and pass House Resolution 596, the first bill to recognize the Khmer/Lao/Hmong Veteran for defending freedom and democracy and supporting the United States in Cambodia and Laos during the Vietnam Conflict. All Veterans will assemble in Silver Spring, MD at the Cambodian Buddhist Temple, 13800 New Hampshire Ave. at 0800 hours for orientation and assignments.

Meetings with Congressmen , Picture opportunities, All veteran afternoon assembly in front of the US Capitol

CoSAV is a coalition of Khmer, Lao, Hmong and US Veterans from around the world headquartered in Saint Paul, MN, Scott Walker, Director

Below is a call to action from Lao veteran, Khao Insixiengmay, who has been at the forefront of Lao veterans affairs nationally. 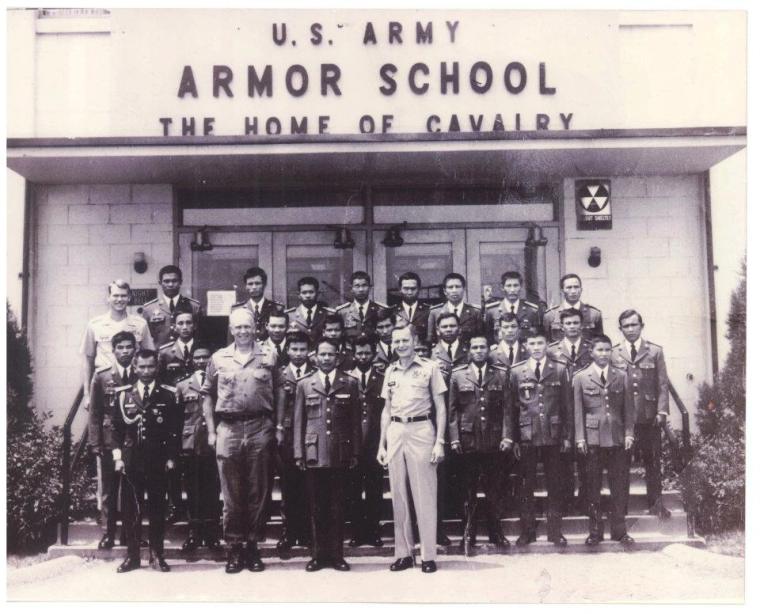 Dear brothers in arms and friends,

On behalf of the United Royal Lao Armed Forces & Special Guerrilla Units Veterans during the Vietnam War, I am very pleased to beg this call to all of you to support the Khmer (Cambodian, the Lao and the Hmong and all freedom fighters from Laos) to get H. Res 596 passed by the House of Congress this coming session. Please spread the words. I would like you to join our team, the Coalition of Southeast Asian Veterans lead by Mr. Scott Walker who is an Attorney at Laws. We would like to invite you to go to DC and express your willingness to support us to your congressman or congresswoman. If you can not go, please call, email, or write to your congressmen. Again as a combat veteran form the Kingdom of Laos, who was wounded twice, captured twice, I need your support greatly. Please also log to: www.royallao.org to learn more the fighters from the Kingdom of Laos who fought as US allies and as US Surrogate Army. Please be advised that more than fifty thousands Lao fighters lost their lives and one Hundred Twenty thousands men were wounded during the war.

LLOTP staff sends our warmest regards and recognition to our Lao Americans who have served and are serving, and those who continue to fight for our issues.