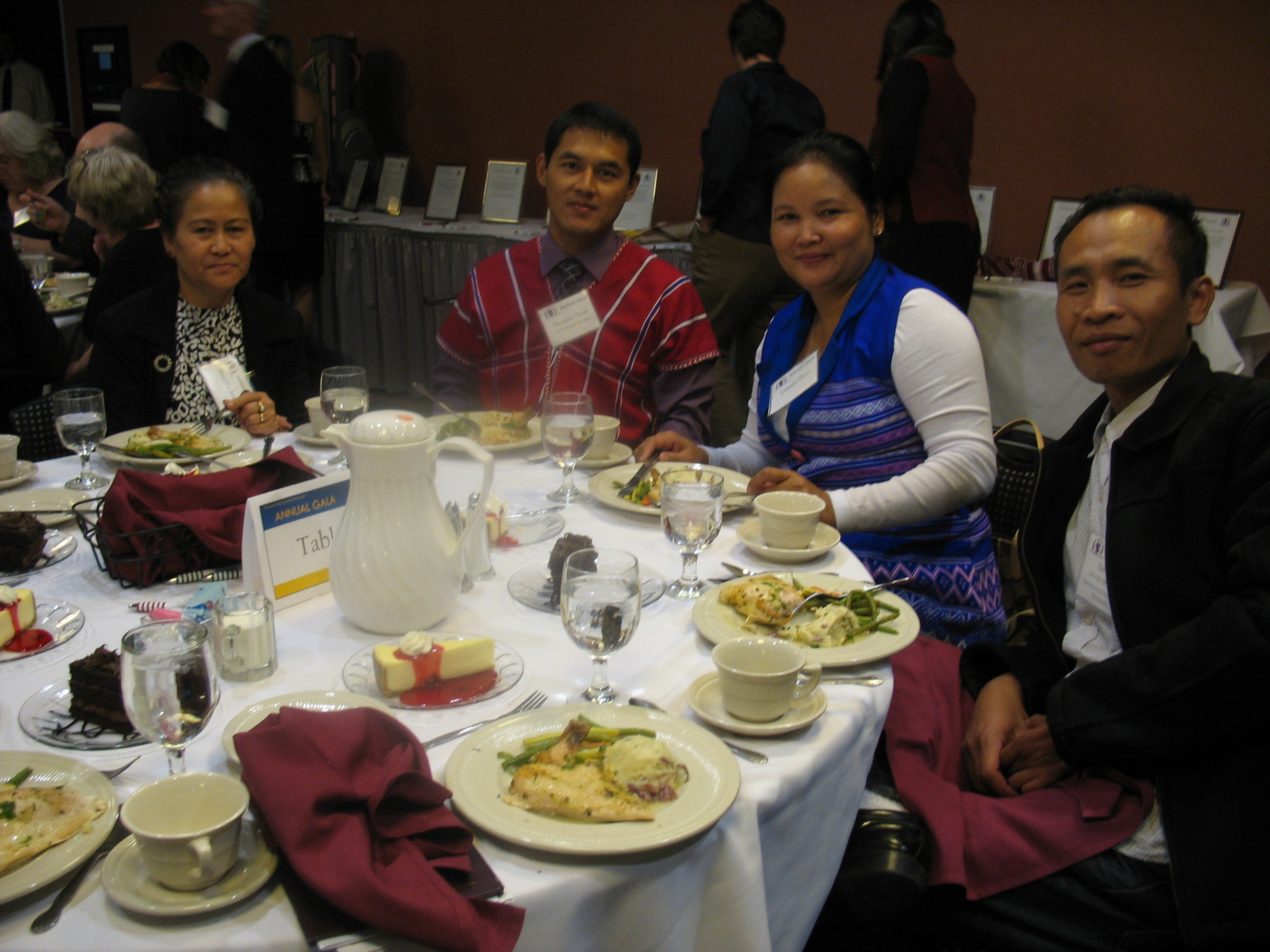 Priscilla Aung, Hsajune Dyan, and other members of the Karen community in Minnesota eating dinner at the Karen Organization of Minnesota's 2nd Annual Gala on October 11, 2012. (Photo by Michelle Tran)

“Minnesota may be cold, but the hearts are warm,” said Priscilla Aung, one of the first Karen refugees to arrive in Minnesota more than ten years ago. Now, approximately 6,500 Karen live in the state, making St. Paul home to the fastest growing Karen population in the United States.

The Karen are an ethnic group from the mountainous border region of Burma and Thailand, where they are the second largest ethnic group in each country. The community has suffered a tragic history of being persecuted by the Burmese military junta for over 60 years. Several hundred refugees from other ethnic groups in Burma, including the Kachin, Mon, and Shan, have also made Minnesota their home. In 2011 alone, more than 1,000 new refugees from Burma made their way to this state.

“Minnesota is more culturally aware and more welcoming than other states because many other immigrants have come here in the past,” Aung said at the Karen Organization of Minnesota’s 2nd Annual Gala on October 11th. 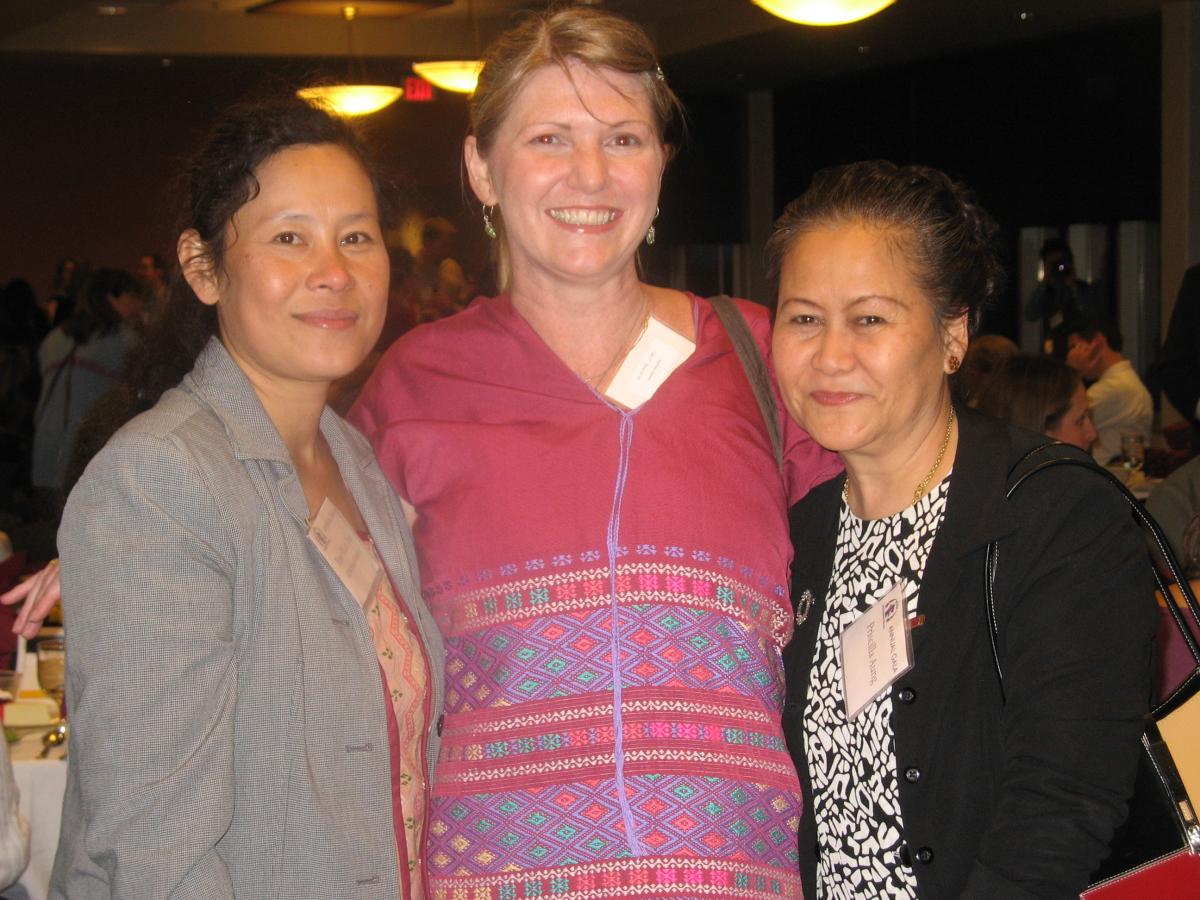 The Karen Organization of Minnesota (KOM) is the first and only nonprofit organization in the state established by Karen refugees. It was founded to assist the rapidly growing Karen population in the state. KOM offers everything from English as a second language classes to employment counselors for their clients.

The gala celebrated KOM’s many accomplishments this past year, including helping 195 refugees gain employment by assisting them with job applications and driving them to interviews. Sixty-six adults attended KOM’s Job Club, a weekly course that teaches refugees basic rights and expectations of working in the United States, and 101 people completed financial literacy training led by KOM and the Women’s Initiative for Self-Empowerment (WISE) so they could learn how to open a bank account, deposit paychecks, and maintain a household budget. 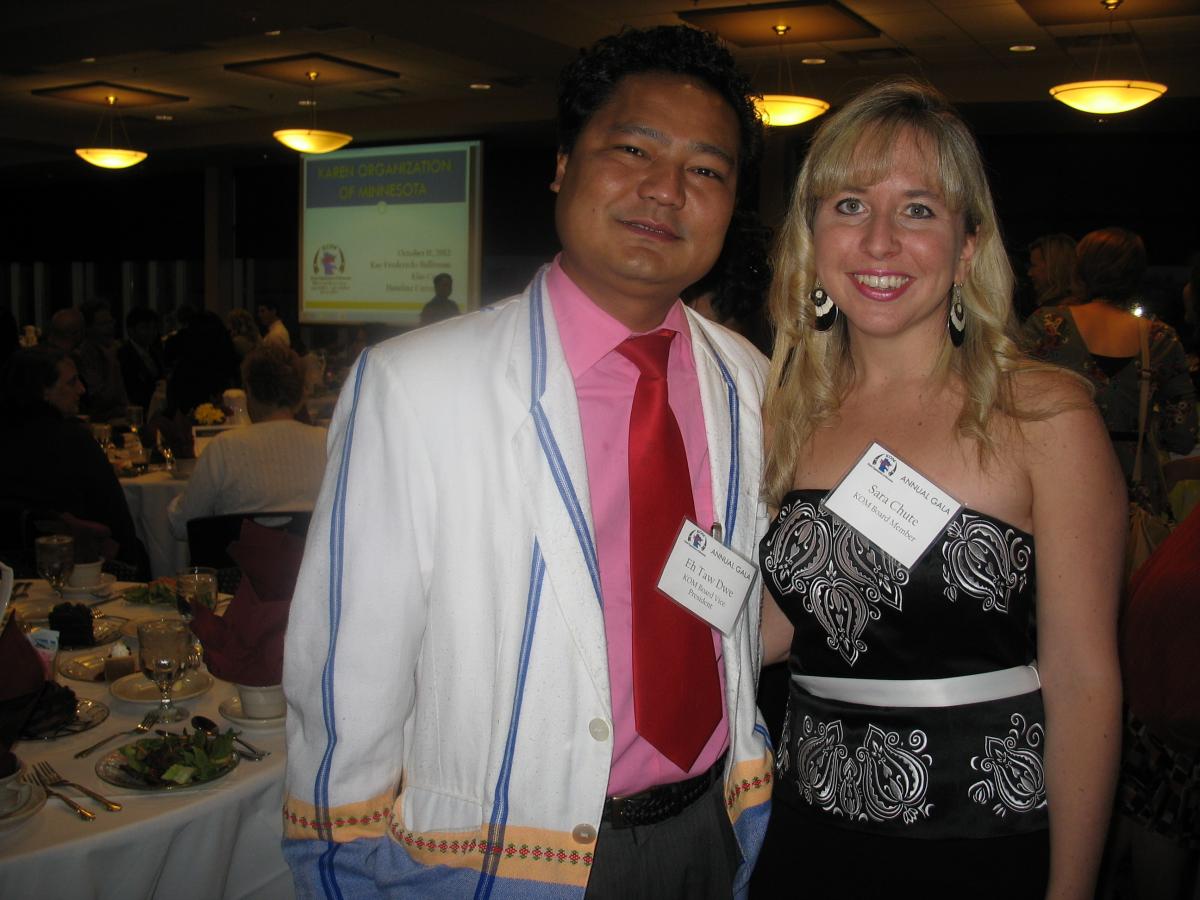 Last year, a total of 750 refugees were connected with social services, including English classes, public assistance, schools, and medical care. KOM also partnered with the Wilder Foundation in October 2011 to address the need for mental health services in the Karen community. One thousand Karen also learned about other health issues, such as heart disease, diabetes, stroke, and cancer. KOM even helped 240 refugees undergo preventive health screenings.

Since farming was such an integral part of life for the Karen community in Burma, KOM partnered with World Relief of Minnesota and the Minnesota Food Association to begin the Restorative Farming Program last year. Through this program, 11 Karen farmers completed the Minnesota Food Association’s training on how to grow and sell organic produce in the state. Sixty Karen community members were also allowed to maintain garden plots at one of World Relief of Minnesota’s partner churches. 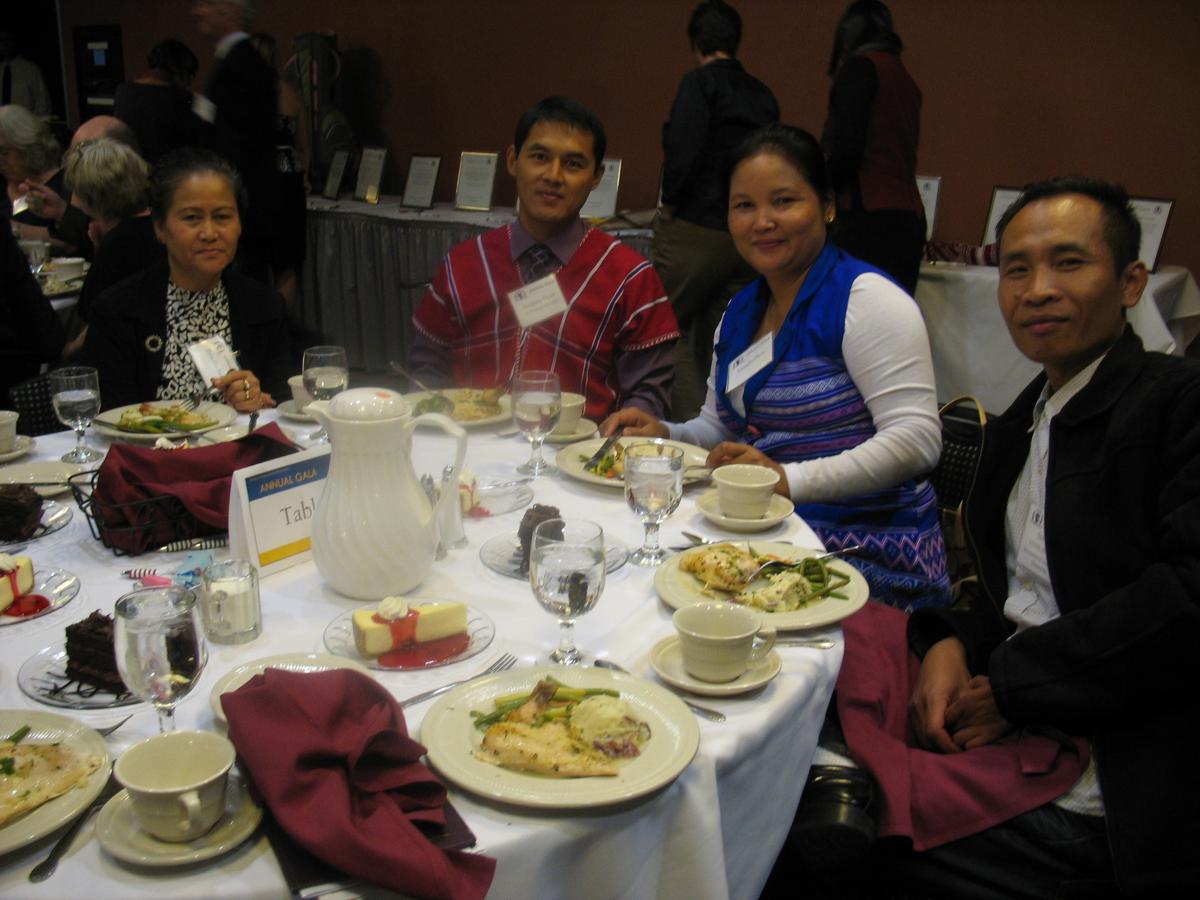 Priscilla Aung, Hsajune Dyan, and other members of the Karen community in Minnesota eating dinner at the Karen Organization of Minnesota’s 2nd Annual Gala (photo by Michelle Tran)

During the gala, Hsajune Dyan, a young Karen refugee spoke about his experience coming to the United States and graduating from college with a degree in history and international studies. Currently, Dyan works for St. Paul Public Schools and he wants to continue working in education.

Education is also key to KOM’s mission of helping the next generation of Karen reach their goals of self-sufficiency. The KOM Youth Empowerment Program helped participants to increase their state math and reading assessment scores by an average of 7 to 18 points.

All of the people at the gala agreed that the Karen community in Minnesota has come a long way since the first refugees, like Priscilla Aung, arrived in this state over ten years ago. Karen are contributing to the community in a variety of ways, from excelling in diverse kinds of jobs, to volunteering and stepping up as role models or leaders in the community.

One KOM youth leadership training participant stated, “When I started with the leadership program, I learned the importance of connecting to the leaders here and the community. I like to hear their stories and learn from them. These leaders and the staff started out with things really hard and tell stories about becoming successful. They are an example of people working hard. That is inspiring. Through the leadership program I am learning how I might be able to lead my people when I am older.”