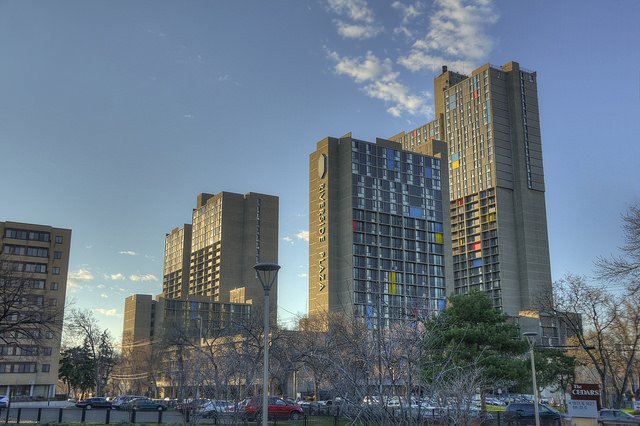 At a Cedar-Riverside neighborhood meeting earlier this month, a Somali elder stood and addressed attendees, painting an image of a recent frightening encounter with what he believed was a gang of drunken, homeless individuals.

“[The man] got out his hat that he had been wearing that day. It looked like egg or something splattered on it,” said Debbie Wolking, the housing development program manager for West Bank Community Development Corporation, which provides affordable housing in the neighborhood.

At the meeting, the man, who was speaking in Somali while a community leader translated to English, described the confrontation in which he said a group of people accosted him on the stretch of 20th Avenue South that overhangs Interstate 94.

Community leaders say homelessness has been an issue in the neighborhood for years, and they — along with the Minneapolis Police Department and St. Stephen’s Street Outreach team — are searching for remedies. But some say they’re struggling to find solutions.

At the Oct. 7 neighborhood meeting, which was designated to address safety, another man recounted an incident in which he felt pressure when a group of individuals approached him asking for cigarettes.

The impromptu stories shared by the two men highlight a neighborhood issue — albeit not a new one, said Phillip Kelly, the interim executive director for the West Bank Community Coalition.

For Cedar-Riverside, it’s a larger problem than many people may think, said Monica Nilsson, community engagement director for St. Stephen’s Human Services, a group that opens homeless shelters and provides other housing services in Minneapolis.

She said the concentration of poverty in the neighborhood is comparable to that of downtown.

Many residents harbor concern about the local homeless population, citing incidents of panhandling or drunken behavior, particularly regarding activity near the I-94 overpass, said Russom Solomon, the chair of the West Bank Community Coalition’s Safety Committee.

“The area surrounding [and] behind it has been a problem for us,” Solomon said. “… And we’ve always been trying to deal with it.”

Wolking said it appears the same group of homeless people gathers in a handful of hotspots in the Cedar-Riverside neighborhood.

“They’re doing things that make [residents] worried about having kids nearby,” she said. “All the things people would do in the privacy of their home, they’re done out on the street.”

Wolking said some of her renters have brought their concerns to her.

“There is one woman who has had an issue with people who are defecating in her yard,” she said, adding that another resident told her she witnessed two men assault a woman, all of whom appeared homeless, right outside her home.

Despite community members’ apprehensions, leaders say they’re unsure how to handle the situation.

Nilsson said St. Stephen’s Street Outreach Program is leading an effort to work with members of the community who are homeless and unsheltered.

“Our team goes out to, first of all, figure out what their immediate needs are,” she said, “and then [we] work towards what their long-term needs might be.”

Nilsson said the problem is delicate and sometimes difficult to handle. She said her group doesn’t encourage people to give food or change to people who are standing on the corner, but ignoring presumably homeless people isn’t the answer either.

Nilsson said the neighborhood’s homeless situation is the product of larger societal issues in which high rent and a lack of social services make affordable housing difficult to find. She said that in the Cedar-Riverside neighborhood, the issue is as problematic for the homeless as it is for community members.

“It’s difficult to put [it in] numbers,” Solomon said. “But one elder accosted is one too many.”