It has been awhile since I have provided a central corridor light rail transit construction update. There are various projects closing streets in downtown St. Paul the biggest is the light rail central corridor project. The rail will run along 4th street. The is what Cedar street at 4th looks like now, from one of the skyways. 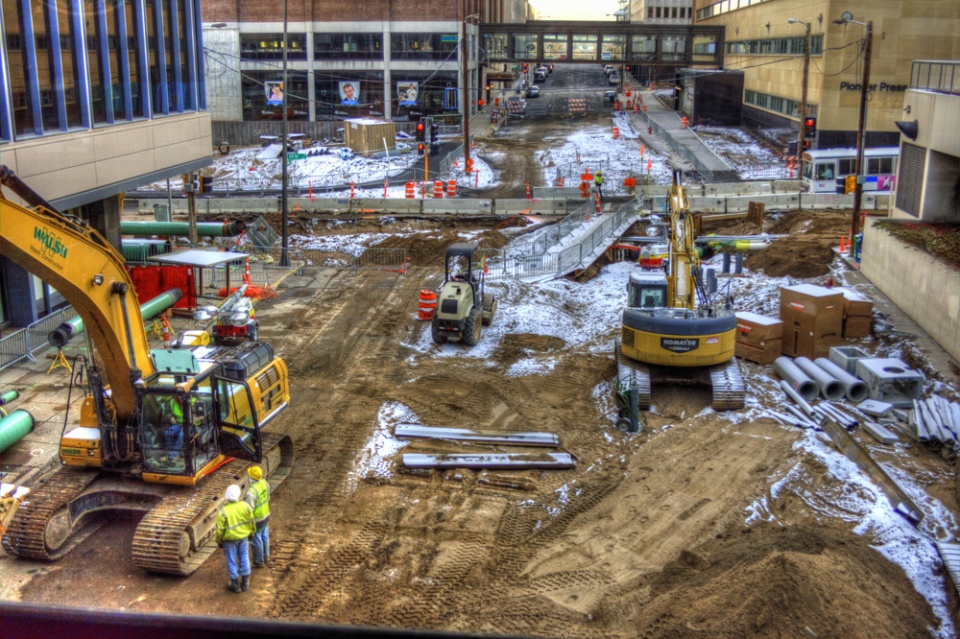 If you want to actually see the picture click on it and make it huge. 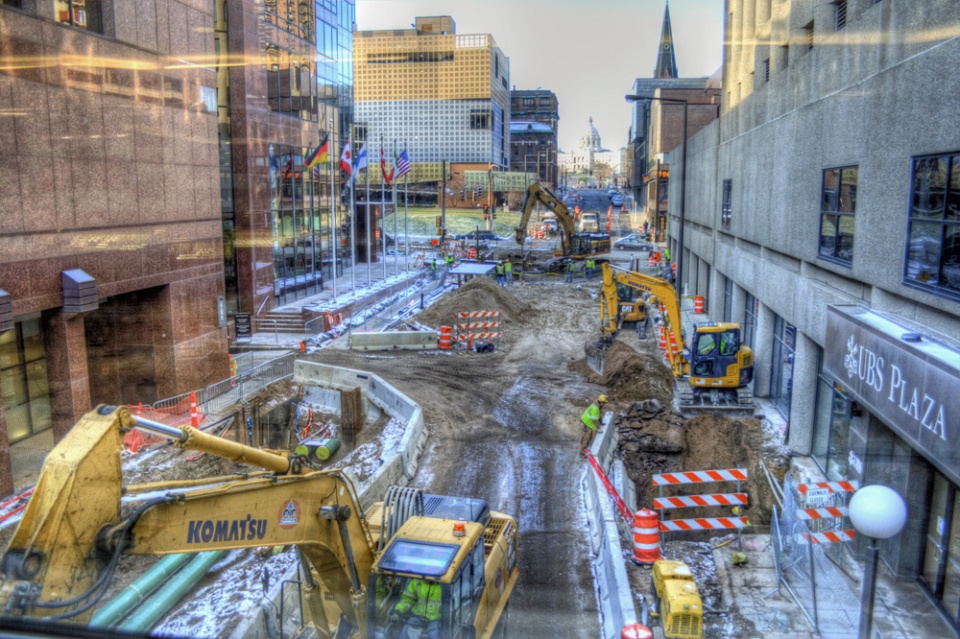 I took this one from the skyway out of Dayton’s. Yes I know there isn’t such a store but those of us who have lived in St. Paul forever it is still hard to call Dayton’s Macy’s. You can see the a grey spot in the distance that is the State capitol building.

If all goes well we will be able to take the rail from downtown St. Paul to downtown Minneapolis and beyond in 2014. Personally I am excited about the project, maybe because I worked for Metro Transit for almost a decade and have an interest in mass transit.