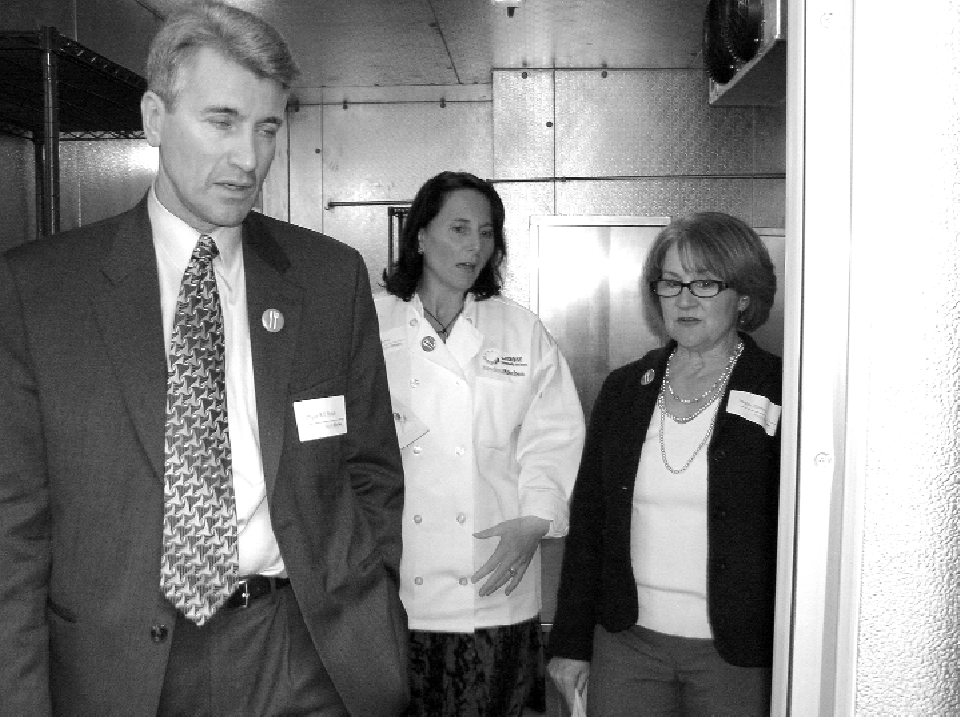 Sue Wollan Fan promptly returned a call to her cell phone, and talked frankly about Catalyst Community Partners’ recent eye-opening “pilot” that didn’t work, in North Minneapolis. After about seven years of developing real estate projects using volunteer professionals, Catalyst, of which Wollan Fan is president, had taken on three paid staff and a larger, local office this past June.

Coincident with the defeat of Ackerberg Group’s proposed development which would have housed a Hennepin County services hub, Catalyst announced it would be wrapping up its Northside community engagement work, shedding staff and office to focus on “replicating the success and impact we have had in the West Broadway area in more urban communities.” Wollan Fan, continuing to work volunteer as she has for the past four years, is officing from 3033 Excelsior Boulevard, Suite 10, in South Minneapolis, also the office of Ackerberg Group.

Stu Ackerberg, the head of Ackerberg Group, founded and serves on the non profit 501-c-3 (tax exempt) Catalyst board, and his company has built and/or handled leasing on most of the 12 projects completed. Lisa Spicer Wade, leasing agent assigned to also help attract new businesses to the West Broadway area, left Catalyst in the downsizing, as did Max Musicant and Executive Director Katya Pilling.

Was the hub deal rejection the reason, or  last straw? Wollan Fan said, saying she was speaking for Catalyst only, that the hub experience helped them realize that they should not be trying to replicate services already available locally. Those include the community engagement that the neighborhood organizations have been providing in a more coordinated way since the tornado, and business start-up assistance such as Northside Economic Opportunity Network, NEON, provides.

She listed among other positive forces the NOMI Comprehensive Community Development group members, West Broadway Coalition, NCRT (Northside Community Response Team) for its employment opportunities, and the Northside Achievement Zone’s work with youth. “In the last two to four years [Northsiders] have been more declarative about what they want to do.” That wasn’t happening when Catalyst started helping out in North Minneapolis, she said.

Who will they be working with next? “We have in the past received requests,” Wollan Fan said. “There aren’t many commercial-based community development corporations. For example,  the Central Corridor, there were some area organizations trying to figure out how to do a project. Our mission has always been area-wide,” Wollan Fan said. “We could do technical assistance, share lessons learned. We do speak at things,” meetings for groups who request advice. But there’s no specific project on the horizon, she said.

Catalyst’s website, at least a year out of date, features a lot of North Minneapolis information but states a mission of revitalizing key commercial corridors in distressed urban neighborhoods by developing real estate and sustainable businesses to meet community needs and provide neighborhood jobs. Incidentally, a volunteer is changing over the website soon, Wollan Fan said.

Wollan Fan, in an interview and a letter circulated recently stated that the tenants in three existing Catalyst-owned buildings and the Kindred Kitchen, which has the two full time staff equivalents, will get more attention now and are not going away.

The letter states “Catalyst Community Partners is deeply invested in North Minneapolis, and will remain a visible part of this important community. Catalyst owns and operates three properties including Unity House home to MN Internship Center charter school, the 5 Points Building home to KMOJ-FM and arts plaza, and 1200 West Broadway home to local businesses, nonprofits and Catalyst’s Kindred Kitchen food business incubator facility.  Kindred Kitchen is kicking off its third food business incubator workshop series with a full enrollment of 30 budding food entrepreneurs which, will culminate in a food show in May that is open to the public.”

The organization “carries quite a bit of debt. The status to which we’ve returned is fairly healthy. We will continue to do fundraising and grant-writing for specific opportunities for which we’re not programmatically competing.” She said they have been “strongest when leaner and flexible,” putting money and grant requests into project costs rather than staff. Wollan Fan said the year-end is March 31 and she expects to close the books “slightly negative.”

Catalyst, before the staffing experiment, functioned with a paid finance director, access to Ackerberg staff,  and a pro bono professional staff of 8 to 10 people who want to “do more than write a check,” Wollan Fan said. “They come with finance, human resources, tech or other skills and want to do a piece of work and leave something behind, like the Peace Corps model.” They sign up for three or six months because they want to work with social entrepreneurs, “a call to action, to write themselves into the story,” Wollan Fan said. “Bringing staff stopped that flow” of people. They expect to go back to that model and “will continue to be open to possibilities.”