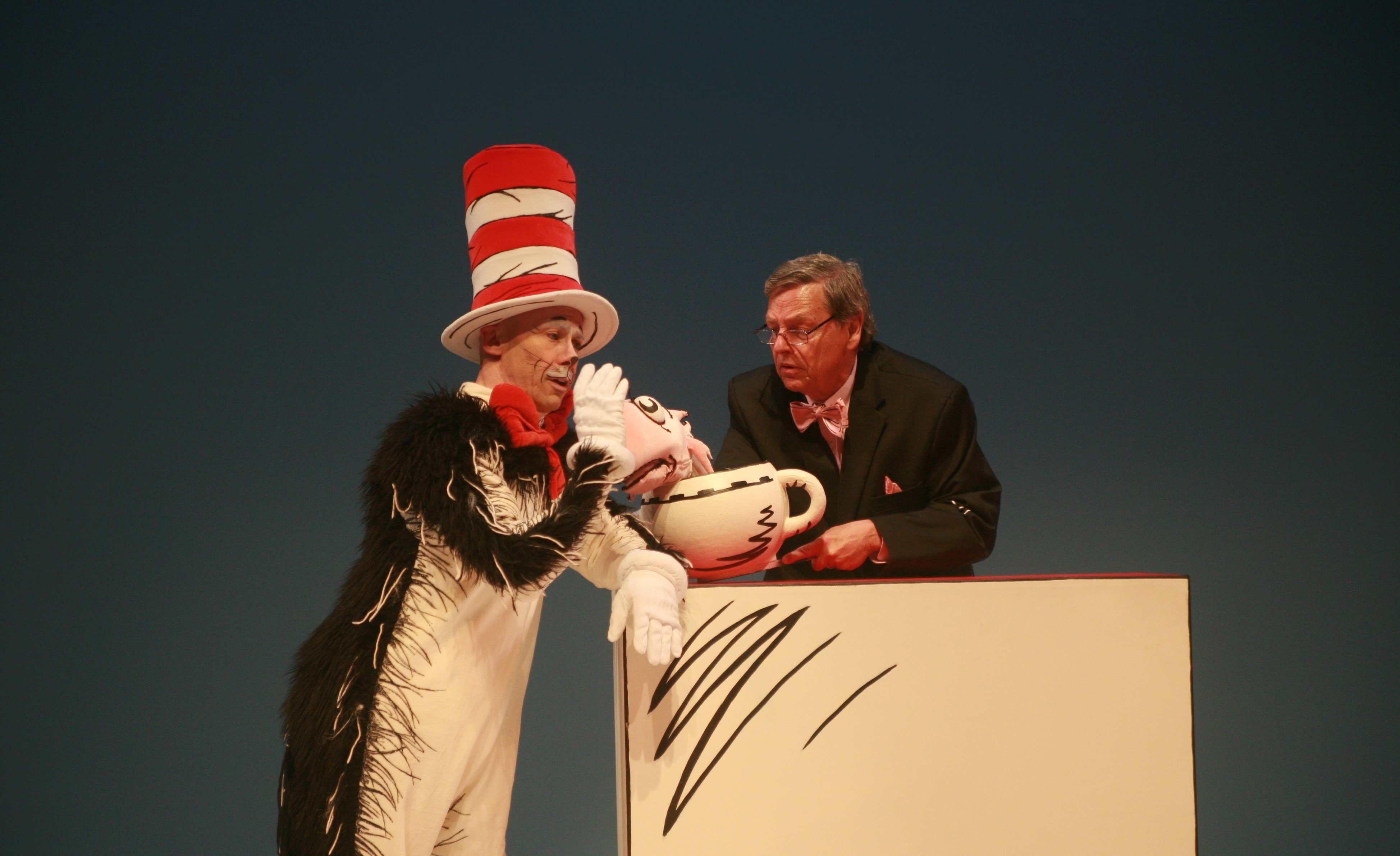 The Cat in the Hat (Dean Holt) admonishes the Fish (Gerald Drake) for being square. Photo by Basil Considine.

There’s a Dr. Seuss sequel of sorts playing at the Children’s Theatre Company, but it’s not The Cat in the Hat Comes Back. Instead, it’s a return of last year’s The Cat in the Hat adaptation, now streamlined and refined with a few more treats and additions. It’s a fun stage treatment that’s bound to make little children request the book at bedtime again and again.

For those who missed the show the first time around, this production is nothing like the critically panned film adaptation from 2003. Its basic principle is to faithfully recreate the beloved children’s book on stage, page by page, with no dialogue that isn’t in the book itself. What it adds (and much of its charm) is bringing to life what happens between the pages, as things move from one silly scene to another. The combination is delightful.

The Cat himself (Dean Holt) is the center of attention, of course, but when Thing 1 (Ana Christine Evans) and Thing 2 (Diogo Lopes, in the performance reviewed) run amok they really run amok. Gareth Fry’s effects and a lot of careful stagecraft creates a world where objects are constantly flying and bouncing on and offstage, fun sounds accompany almost every action, and cinematic slowtime comes to life. The production has a very similar feel to early, voiceless Donald Duck cartoons, before the character became dominated by sarcasm, mixed with a dose of classic Bugs Bunny.

This is a world for children (Elise Langer and Douglas Neithercott), of course, and things never get too serious. While the Fish (Gerald Drake) and Cat spar vocally, everything manages to get cleaned up in the end; there is something of a moral to the book’s story, but the real draw is to show a rendering of the story that spices up how it looks in children’s heads. With a lot of physical comedy and a lovingly faithful rendering of the book’s visuals, that’s not a bad way to enliven up a trip to Minnesota Institute of Arts.