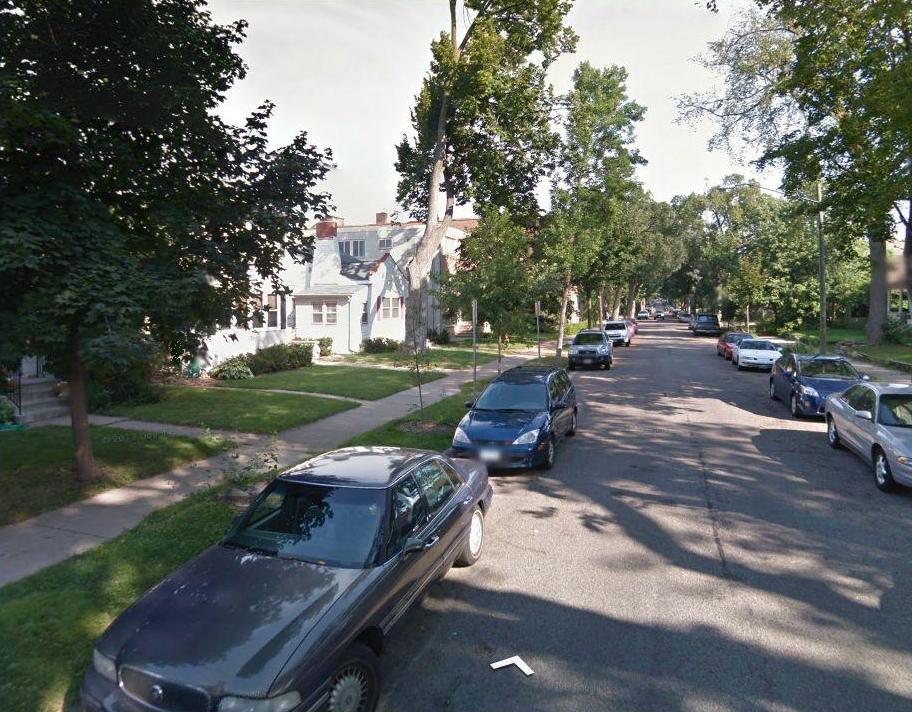 Construction worker Craig Paulson was thinking about where to go for lunch as he worked on renovations inside a bank-owned residence in a quiet, tree-lined and well-manicured neighborhood in Uptown on one of the last days in November.

His appetite and lunchtime thoughts quickly faded, however, when Paulson, working alone in a back room inside the residence on the 3300 block of Girard Avenue, turned around and found himself faced with a “large” man wielding Paulson’s own three foot crowbar just steps from where he was working.

The lifelong construction worker and father of three kids of whom he has sole custody, said that the weather was pleasant that Tuesday morning and that’s why he’d left the door of the residence open and unlocked as he worked. “It’s a nice part of town,” Paulson followed, describing the startling and unexpected encounter with the intruder.

Paulson said his crowbar alongside other construction tools had been lying on the floor just inside the front door of the residence where he had been working that morning, and he said that he suspects that the intruder picked up the crowbar when he entered the residence “and carried it throughout the house” until he found Paulson in the back room.

Faced with the crowbar wielding intruder who then took a step toward Paulson, a large man himself at over 6 feet tall and 240 pounds, he said he could only imagine what the intentions may be of the intruder whose height “towered over” him, and whom Paulson described as having dilated pupils and acting “like he didn’t know what he was doing.”

Instinctively, Paulson – who has a permit-to-carry a firearm and describes himself as a “lifestyle” carrier who has a gun on him “every moment” that he’s awake – reached for and drew his concealed firearm and pointed it at the crowbar wielding intruder.

According to Paulson, the suspect then turned and fled dropping the crowbar on the way out of the house. Paulson watched the suspect flee to a parked passenger car about a half a block away where he got into the driver’s side of the vehicle, but Paulson said couldn’t tell if he got into the driver’s seat or the back seat of the vehicle as it sped away.

Paulson dialed 911 and reported the incident to police who arrived a short time later and filled out a report calling the incident a “burglary of dwelling,” according to the police report. Paulson said the police told him that it’s “not uncommon” for suspects to enter homes through open doors in the spring and fall looking for items that they can quickly steal while the occupants may be in another part of the house or in the back yard.

Despite the fact that police recorded the incident as a burglary, Paulson said he feels like he avoided a “potentially bad situation” that day that could have turned into something much worse. Paulson claims that the responding officer even said they “love the CCW guys.”

The Minneapolis Police Department was contacted for this story and was asked whether there has been a pattern of similar incidents in that area or elsewhere in Minneapolis, and they were also asked for information about the frequency of reported incidents of defensive use of firearms by carry permit holders in Minneapolis. No response was received from the department.

The Pioneer Press reported on November 19 that during an armed robbery which took place in the parking lot of the Unbank on West University Avenue, one of the victims, a carry permit holder, drew his firearm from under the seat of the vehicle and shot one of the suspects in the leg.

Incidents like Paulson’s, where a carry permit holder drew his or her firearm in self defense, but where no shots were fired and no one was injured, don’t generally receive media attention, so it’s hard to know exactly how many successful defensive uses of firearms occur daily or yearly.

However, in June the results of a study commissioned by the Obama administration and conducted by the Institute of Medicine and the National Research Council concluded that “[D]efensive use of guns by crime victims is a common occurrence,” and stating that defensive uses of firearms may be as high as 3 million per year. The study also noted that “crime victims who use guns in self-defense have consistently lower injury rates than victims who use other strategies to protect themselves (other strategies include stalling, calling the police or using weapons such as knives or baseball bats).”

As part of the provisions contained in Minnesota’s right-to-carry law (The Minnesota Citizens Personal Protection Act of 2003), the commissioner of public safety is required to report yearly to the state legislature “to the extent known or determinable, data on the lawful and justifiable use of firearms by permit holders.” However, in checking the 2012 Permit-to-Carry Report (most recent available), there is no data included on justifiable use of firearms by permit holders, and the report notes that “[N]ot all police departments have reported justifiable use data as required.”

Department of Public Safety records indicate that as of December 1, Minnesota had a total of 159,968 carry permits issued, with over half of the permits being issued to people in the Twin Cities metro area. The state has issued a record number of permits to date this year, 45,175, exceeding the record number of 31,657 permits issued in 2012.

Paulson said that in the past his relatives have asked him why he “needs” to carry a gun. “What happened to me in that house is why it’s important that people like me should be able to carry. I wasn’t a victim that day.”