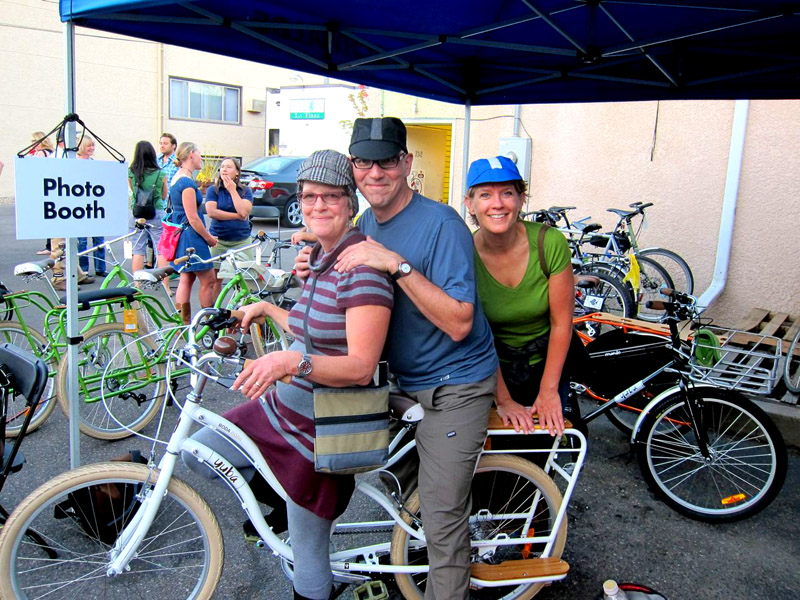 Can you imagine a future where you pick up groceries, friends and even a date on your bicycle? That’s the future Yuba Bicycles envisions, and they’re attempting to make it a reality.

The company released their newest cargo bike, the Boda Boda on October 6 at Calhoun Cycles, during the 6th annual Tiny Bike Shop Concert, which partnered up with Banjo Brothers and The Beez Kneez this year, advocating healthy living, Minneapolis bike culture, local music, and sustainable living.

“Cargo bikes are typically designed to carry a lot of payload,” said Kaytea Petro, the Marketing Director with Yuba Bicycles, “the trade off is that they’re slow and heavy. This cargo bike is a big payload cargo bike, but only weighs about 35 pounds, which is pretty much the same as any townie bike.”

According to Petro, the Boda Boda can carry more than 200 pounds, where most bike racks are designed to carry roughly 20 to 50 pounds. The heavy payload, along with the lightweight frame makes it the perfect alternative to owning a car in the city, says Petro.

“People that live in apartments or have limited storage, and have to carry their bike up the stairs, have a bike that they can carry a realistic amount of stuff on,” said Petro.

You can also use the bike to pick up your kids, a friend or even a date, said Petro, who recently used the bike to take her fiancé out for pizza.

The idea behind the Boda Boda is to help shift city living toward sustainability, said Petro. Cars pollute, they cost the consumer more to operate and maintain, and they take up much more space and resources, Petro continued. She hopes that having a bike that can pick up groceries and friends will help people switch over to biking, which she believes will play an integral part of how future cities will operate.

Back at The Tiny Bike Shop Concert, event-goers learned about urban beekeeping, test-rode bicycles and enjoyed local music. One lucky attendant even won a free Boda Boda at the end of the night.

As for the rest of us who need to pay for one, the bike is by no means cheap, going for $1,000 a pop — but in comparison to a car, may very well be worth it. For bikers that want the SUV equivalent, Yuba has a bike option for them, too. Their Yuba Mundo bicycle can carry a payload of over 400 pounds, and goes for about $1,200.

It’s more than most people want to spend on bikes, says Petro, but she believes it’s within the realm of affordability, and a small price to pay for the freedom of sustainable transportation.