Catholics are divided. In Minnesota over the so-called “marriage”amendment as well as nationally and internationally over many, many issues. I want to compare and contrast differing opinions within the Church.

When the Bishops rant and rail against freedom to marry and buy TV and radio ads this fall, they are not presenting a united front. On the side of freedom and equality, MN United has organized a huge coalition of the faithful, including Catholics who think everyone should be free to marry who they love.

Cardinal Carlo Martini represents the liberals in the Catholic Church. He died last Friday. Once touted as a future Pope, Martini was concerned about the Church’s declining membership. He believed it was because the Church’s positions on many issues were out of date. Before he died, he gave one last interview to the BBC:

Catholics lacked confidence in the Church, he said in the interview. “Our culture has grown old, our churches are big and empty and the church bureaucracy rises up, our religious rites and the vestments we wear are pompous.”

Unless the Church adopted a more generous attitude towards divorced persons, it will lose the allegiance of future generations, the cardinal added. The question, he said, is not whether divorced couples can receive holy communion, but how the Church can help complex family situations.

And the advice he leaves behind to conquer the tiredness of the Church was a “radical transformation, beginning with the Pope and his bishops”.

“The child sex scandals oblige us to undertake a journey of transformation,” Cardinal Martini says, referring to the child sex abuse that has rocked the Catholic Church in the past few years.

Martini considered birth control a “lesser of two evils” and urged the Church to reassess its position on women’s role in the Church.

Cardinal Martini was an advocate for social justice and supported freedom to marry.

On The Far Right …
I want to compare and contrast Martini with Catholic Online. This site declares itself a source that “accurately represent the Catholic religion.”

Since the Democrats were meeting in Charlotte to nominate President Obama, Jennifer Hartline wrote hate-filled diatribe entitled Corrupted Women Take the Stage at the DNC: Abortion is Not a Woman’s Prize.

Excerpts of her bile below… 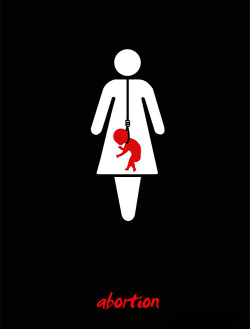 The Democratic National Convention is featuring their favorite female “stars” this week. Cecile Richards, Nancy Keenan, Sandra Fluke, Kathleen Sebelius, Debbie Wasserman-Schultz, and yes, Michelle Obama. They will be used to highlight this administration’s “commitment to women’s rights and health.” They will stand front and center as advocates of the only man who really understands them or cares about their needs. They’ll be hailed by the media as the true American woman.

Well, I can’t tiptoe around the truth. I say with as much kindness as possible that they are corrupt. They are corrupt because they have united themselves with the ultimate corruption and made it their prized possession.

Abortion is nothing new or modern, but only in our modern age has it been elevated to the status of a “right” and sold as a necessary tool of liberation for women. Only we, of all of civilization’s women, have cemented into our law the expectation that women must be allowed to kill their own sons and daughters. We’ve befriended something insidious.

As Blessed Teresa of Calcutta warned us, “If a mother can kill her own baby, what is left but for me to kill you and you to kill me?” There is no further line to be crossed once we have severed what should be the inviolate bond between mother and child. Now there is violence in the sacred space that should be — needs to be — the most protected habitat in the universe.

It gets much, much worse. She links Satan as the source of why women want control over their bodies and their medical decisions. Of course, she doesn’t frame it that way, but the hate and rage against anything liberal is jaw-dropping.

With attitudes and positions like this, its no wonder the late Cardinal Martini said “The Church is tired… our prayer rooms are empty.”