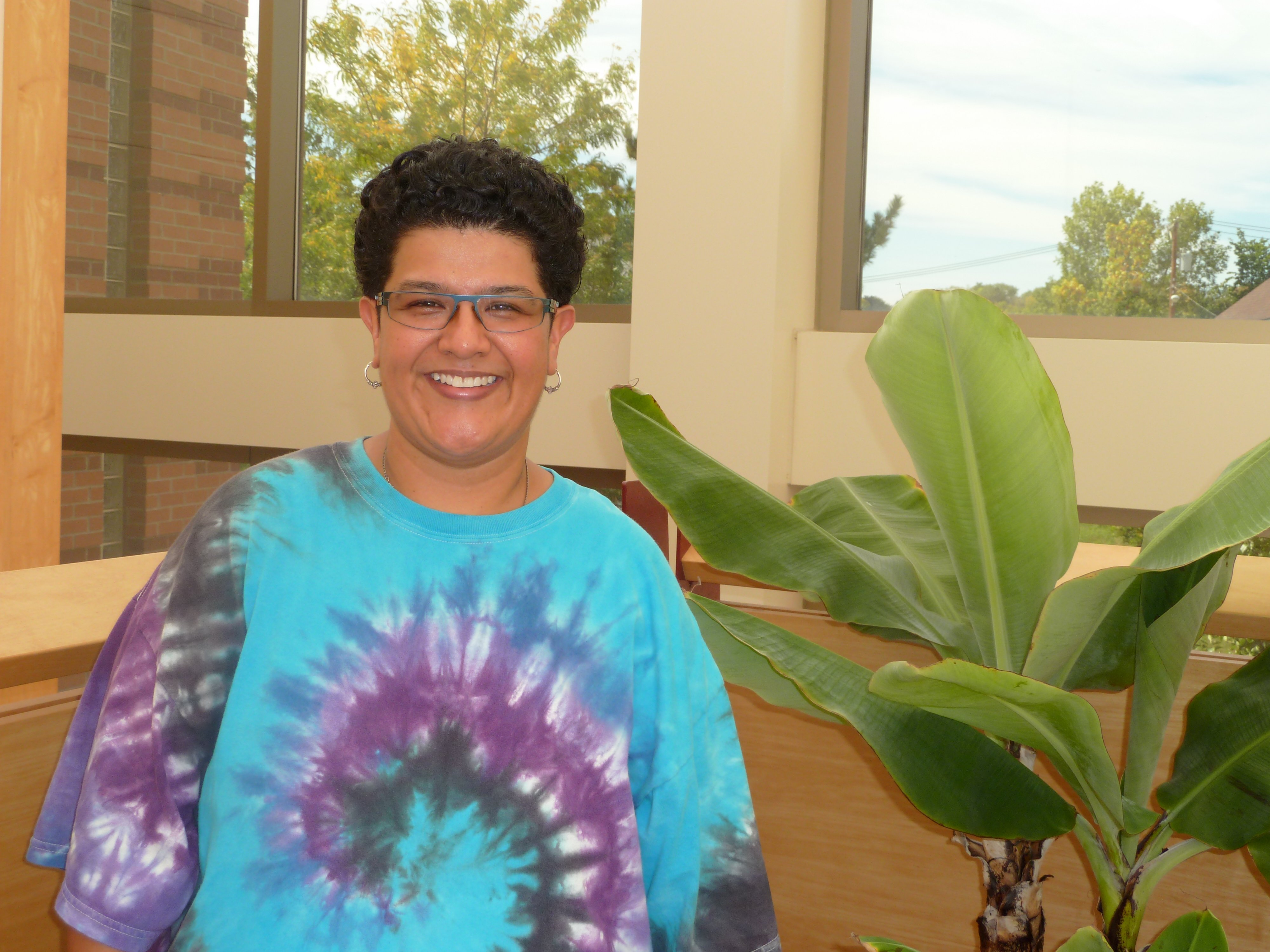 The young woman sauntered onto the stage, cracked a half smile then pulled the mike almost to her lips.  The lights dimmed, music piped in and the spotlight turned onto her.   The smoky voice that emerged from this girl was surprising as was the melody.  Here on the Capri Theater stage in North Minneapolis, an African American girl was singing a jazz song popularized by Billie Holiday, an American cultural icon of the 1940s.  The audience of about 50 young students, teens and middle aged folks hooted and howled encouragement when this aspiring singer ended her rendition.  She glowed with a big smile, waved, and bounded off into the wings.

This performance is typical of the monthly Open Mic sessions at the Capri Theater.  Held on the first Monday evening, Freedom of Xpression (FOX) provides a free platform for emerging and amateur artists to test and hone their art form.  Anyone who wishes an audience for her creative expressions has five minutes to unleash that talent at Capri’s FOX Open Mic.  Poets, rappers, dancers, singers, musicians have come on stage to get a no-risk and free opportunity to share their craft with a diverse audience.  Any art form is allowed and the range of expressions is wide.   Immediately following a hip-hop poet, a Hmong student played the queej (traditional pan flute) and danced to rousing audience approval at a recent FOX Open Mic.

Poet Crystal “Azteca” Ruiz has hosted the Capri’s FOX Open Mic since late 2009. This emcee role is a natural outgrowth from Ruiz’s regular job as a student advisor at the alternative high school run by Plymouth Christian Youth Center (PCYC). Hosting the monthly FOX Open Mic also allows Ruiz to publicly share her creative impulses.  Soft-spoken yet firm, Ruiz is passionate about giving young people a chance to develop their talents and test their alter egos on stage.  Ruiz encourages the high school students at PCYC to perform at FOX Open Mic.  She especially reaches out to female students.  Many high schoolers have taken up Ruiz’s offer; some for the first time, but many reprising or honing their earlier FOX Open Mic performances.

Since its inception more than five years ago, FOX Open Mic has drawn performers mainly from neighborhoods that surround the Capri Theater.  Many North Minneapolis performance groups have tested and refined their material here.  One such group is the “Why So Serious” hip-hop collective of North Minneapolis.  Collective member, Marquis “Eddiecane” Harris, said performing more than a dozen times at Capri’s FOX Open Mic gave them the exposure they needed.  “Why So Serious” has produced several albums since 2010.

In this way, Capri Theater’s FOX Open Mic is an incubator for performance talent.  This harkens back to the early 1970s when a young performer later known as Prince first performed a concert on the same stage.  Today, FOX Open Mic performers sign up for slots half an hour ahead of the monthly 6 to 8 p.m. event.  Slots are allotted on a first come, first served basis for any art form.  The only restriction is obscene language.  If it is used at all, the Capri Theater’s technical staff cuts off the microphone.  Host Ruiz reminds performers of this rule when they sign up for their five-minute slot.

Each Capri Theater FOX Open Mic also features 15-minute performances from artists whose art forms are more developed or well-known locally and regionally.  Featured artists have included B Girl Be co-founder Desdamona and R&B singer/songwriter Gabrielle Samone.  Host Crystal Ruiz points out that featured artists give novice performers a sense of the arc of artistic development and helps to inspire the emerging performers to keep perfecting their art forms.

Ruiz is excited that the October 7 FOX Open Mic will feature PCYC High School senior Daniel Reyes, who grew up in New York.  Reyes will be singing several tunes he wrote while battling homelessness.  Despite his living circumstances, Reyes is optimistic about his future.  This emerging performance artist wants a career as a chiropractor to supplement his passionate pursuits of music and fashion in his free time. To that end, Reyes is focusing on his high school studies while writing songs dedicated to his girlfriend Nicole and trying hard to secure safe and secure shelter.  Reyes’ story is one of many inspirational ones that you’ll experience frequently at Open Mic and PYC. 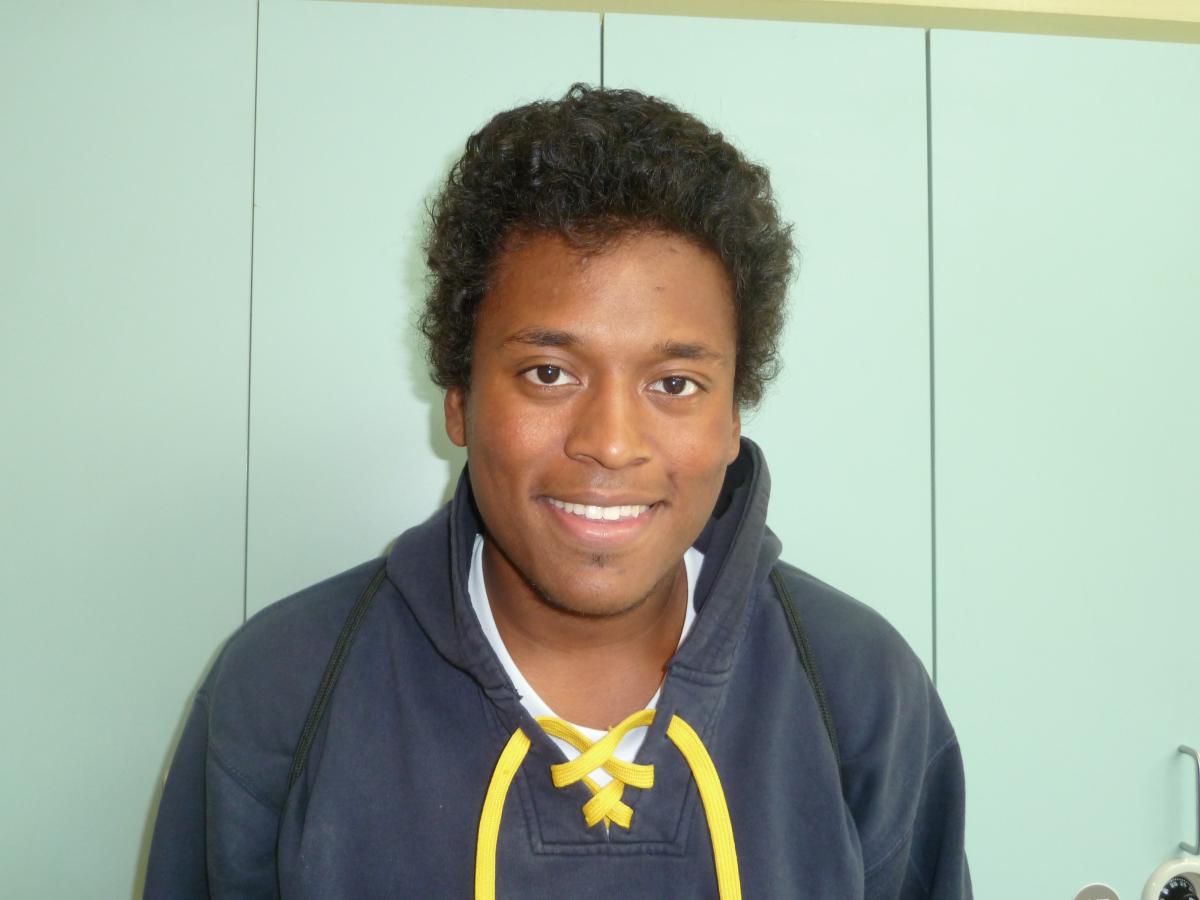 Inspired to learn more about the Capri Theater’s Freedom of Xpression Open Mic?   Check out the details at www.thecapritheater.org or contact Host Crystal Ruiz at cruiz@pcyc-mpls.org or 612-643-2045.