Congressional attention has finally turned to long term budget issues. Central to this discussion is the cost of health care in the coming decades. The Congressional Budget Office issued a Long Term Budget Outlook Report in September, 2013 which put the cost of health into the perspective of the overall budget. Here’s the bottom line:

The report assumes that the provisions of the Budget Control Act of 2011, which brought sequestration, remain in place.

And, most important, the report assumes that the United States continues to operate in a free and open market for health care. Single payer care, like Canada and Europe, is not on the horizon, so we must follow this assumption. 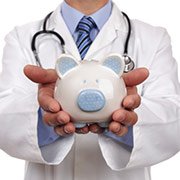 The dual conclusions described by the CBO raise several questions:

CBO notes that health care costs, as a share of economic output, have risen significantly since 1985. However, it also notes “[Through market forces] even in the absence of changes in federal law, growth in per capita spending on Medicaid and on health care financed through the private sector will gradually slow. The rate of growth of Medicare spending per beneficiary is also likely to slow.” This is consistent with a recent Kaiser Family Foundation survey. First, they note:

“Ask any American about what direction health costs are moving, and you’ll likely get a completely different story. Preliminary results for a forthcoming Kaiser Family Foundation poll show that most Americans think that health care costs are actually growing faster than usual right now.”

However, the reality is different. The rate of increase in health care costs has slowed substantially since its high in 2002:

The reason people feel that health care costs are rising is because deductibles and co-pays are rising, and that is true. So, with this backdrop, what can Congress do to reign in health care costs? All sectors of the health care world need to participate: patients, doctors, clinics, drug companies and payers of health care benefits.

Come back tomorrow for more on the proposed solutions.