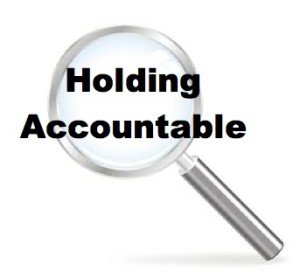 Both Minneapolis Mayor Hodges and Chief Harteau are committed to changing the culture of the Minneapolis police into more of community police force. The police abuse has violated community trust. Chief Harteau even called in the federal Justice Department to put on more pressure to change. The Star Tribune describes the conclusions:

A year ago, the chief asked the federal Justice Department to conduct an independent assessment of the department’s officer oversight and discipline process. The yearlong study, conducted by the Office of Justice Programs Diagnostic Center, pointed to a need to revamp its “Early Intervention System” and take a more data-driven approach to helping supervisors identify problem cops and provide them with additional training.

While the St Paul force does better, it still had a large settlement for alleged police misconduct by three officers, Diskerud, Sullivan and Whitney. The start of the incident was merely the stop of suspicious vehicle near University and Avon avenue, not a crime in progress. When the person that they wanted to question fled, the officers used their fists, feet and a flashlight to hospitalize that person for several weeks. Apparently the officers forgot they had tazers. Once a police target is down, every extra blow looks suspiciously like police abuse. This incident had many extra blows.

St Paul police force has 600 officers, where 99% act in a way that has built community trust over many years. Indeed when a St Paul police officer shot the wrong person years ago, the community was unhappy but there were no riots or even protests. Over years, many actions by many officers built that kind of trust. Yet there are still problem officers like Diskerud, Sullivan and Whitney that bring down the reputation of the whole St Paul Police department.

Large police abuse settlements make it politically hard for any mayor or city council to approve increases in pay and benefits. And disputes over pay are common news: The Pioneer Press describes the pay disagreement:

The federation and mayor’s office disagree with each other’s calculations for how St. Paul officers’ pay compares with other Twin Cities police departments.The union has figured that an officer’s pay over his or her career puts St. Paul 22nd or lower out of 27 cities in the metro area, Titus said. Pay starts at about $49,000 and tops out after 20 years at about $77,000, he said. The mayor’s office says figuring in total compensation, including benefits, for patrol officers over a 30-year period puts the department third among the 25 largest police departments in the metro area.

For clarity, one of the benefits that causes a difference of opinion about total compensation is that the St Paul police force has a uniform maintenance allowance to maintain high quality of uniform appearance. If an officer maintains her or his own uniform, then that is extra compensation.

For obvious reasons, one does not want police officers feeling financially strapped. Indeed one would hope that the pay of the St Paul Police department reflects the high community trust. Yet no one wants reward officers like Diskerud, Sullivan and Whitney nor a police culture like the Minneapolis police culture.

Is there any way to tie financial awards to a tracking system? Perhaps a 1% pay increase for the whole force could be linked to tracking of complaints and police settlements. The threshold should allow for a few troublesome officers so the culture as a whole is rewarded. Perhaps officers involved in settlements over $10,000 are not allowed pay raises for a year. There has to be a way that we can tie financial rewards to better policing.