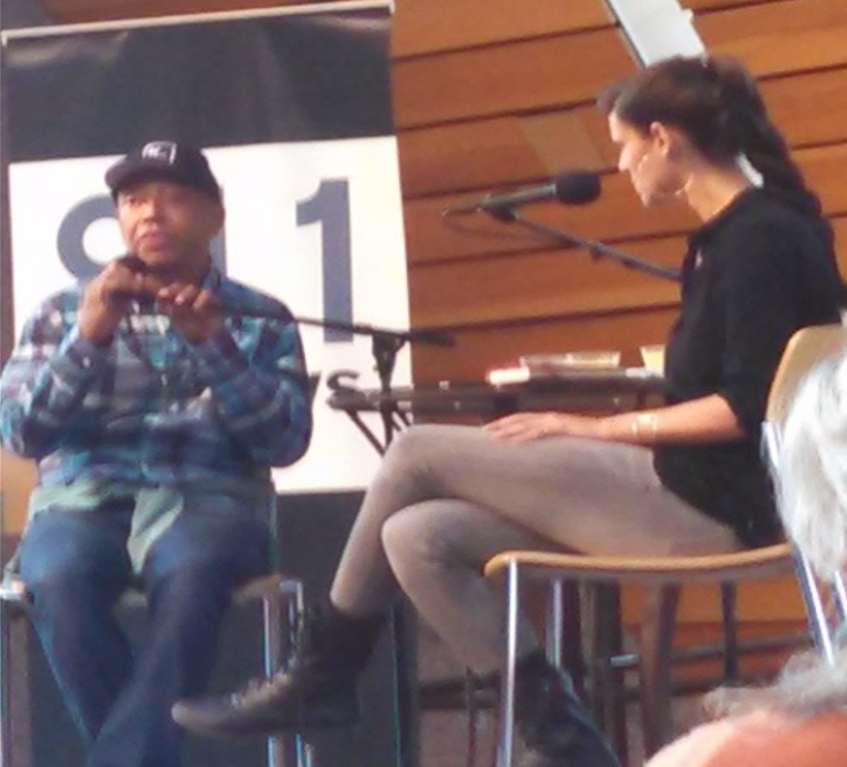 Russell Simmons, co-founder of Def Jam Recording and Baby Phat (among many other cultural icons), with shows on Broadway and HBO, was featured at the Minnesota Public Radio’s Top Coast Festival last weekend. He was there to talk about slowing down and why success is found in stillness. He ended up talking about much more; some impressed me and some did not.

Simmons  was interviewed by Dessa, a local rapper, singer, and essayist, who is also an astute interviewer.

Dessa had read Simmons’ books, watched his shows and clearly impressed him with the depth of her knowledge. Based on the homework she had done, Dessa asked  Simmons if he would ever hire a woman larger than size 8.

He didn’t answer. He tried to laugh it off but to some of us in the audience the silence was deafening. The subject was pretty quickly dropped on stage but, as the Tweeters in the crowd pointed out, it’s our job to raise the issue again. Simmons himself referred back to the question and his mishandled response several times throughout the interview, although he didn’t really go so far as to correct it. (He did mention one staff member who was over size 8 but the exception seemed to prove the point.)

Simmons strives to effect change through his Global Grind project, a website touted as Hip-Pop or the “hip” side of pop culture. Or “the eyes, ears and voice of this multi-cultural, active and engaged audience [of 18-49 year old drivers of trends in culture, fashion, music and style].”

Clearly Simmons recognizes the impact a celebrity voice can have on culture. He was married to Kimora Lee Simmons who famously gained and lost weight in the public eye. He has two daughters. It would have been nice to see him handle the question differently. Or it would be nice to see him re-respond in a way that helps the next generation become less sexist or sizist than their parents and preachers.

(MPR will be airing interviews from the Top Coast Festival over the next few weeks.)