As we reach the end of March, it will soon be time for more monthly and quarterly data on jobs and the economy. This election year, a lot will probably hinge on what we see from those reports. A job now is likely to be a very happy voter by November, but a job later on may still leave some lingering anxiety when it comes time to vote. The clock is running out.

Good thing Obama, an NCAA hoops fan, knows how to slam the buzzer-beater. Or does he? 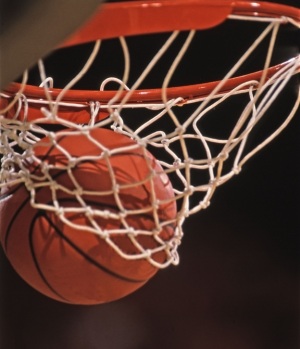 If the March Employment Report, due on 6 April (4 April for private ADP data) continues as it has been, we should add a bit over 200k jobs in March. That would mean that there is a net gain in jobs during the Obama administration for the first time, a massive comeback by any measure. The hole dug in Obama’s first year of 3.6M jobs lost was big, but the total hole since 2007 is 9M. That doesn’t even count the young people who are coming of age and looking for work, estimated at 125k per month.

Is getting back to even since the artificial line of 20 January 2009 good enough? We will see. But a net gain during this administration does change the rhetoric.

What most people watch, however, is the headline unemployment rate – currently at 8.3%. Conventional wisdom is that a President can’t be re-elected when that is over 8%, and some would say over 7.0-7.5% is dicey at best. All of that speculation is really based on the mood of the press and how the numbers are reported, because actual unemployment is considerably higher. All the young people entering the workforce for the first time hardly count, nor does anyone who has given up and gone back to school, retired early, and so on. The actual net shortage of jobs is somewhere between 5M and 10M, depending on who you ask. It’s still a very big number.

How fast can we create jobs? If you like to guess about it, there is a handy interactive chart that you can use to estimate where we will be at any point in time. Mike Shedlock used it to run his own estimates based on some good analysis in this article that is well worth reading. Suffice it to say that even if we continue with good job news it’s unlikely we will be back to anything like full employment before the end of 2015 – and probably more on the order of 2018, even if trends don’t reverse.

Can we keep up the pace of job creation? The economy grew at an annual rate of 3.0% in the fourth quarter of 2011, which is right around the point where we should expect zero net job gains. No one knows why job growth is leading economic growth, rather than lagging as it usually does. Many industries are starting to note significant restructuring and reorganization, however, which can explain a lot of it. We won’t know economic growth in the first quarter of 2012 until it is released on 27 April, but it is expected to be much lower. Consensus seems to be coming in at 1.7-2.0%, based largely on higher oil prices slowing things down.

That’s not the only reason to believe that job growth will slow. There is always seasonal adjustment, due to kick in with lower numbers in April. Warm weather may have brought the usual Spring increase in jobs early this year, meaning that they will seem to “disappear” when the usual corrections kick in next month. That remains to be seen.

All together, this is a big time for data and there is a lot to watch for. The election is likely to turn on what happens in the next few weeks, so stay tuned. When it comes to politics, an election is a lot like a basketball game – except the last seconds playing out don’t just seem like they last months, they really do.