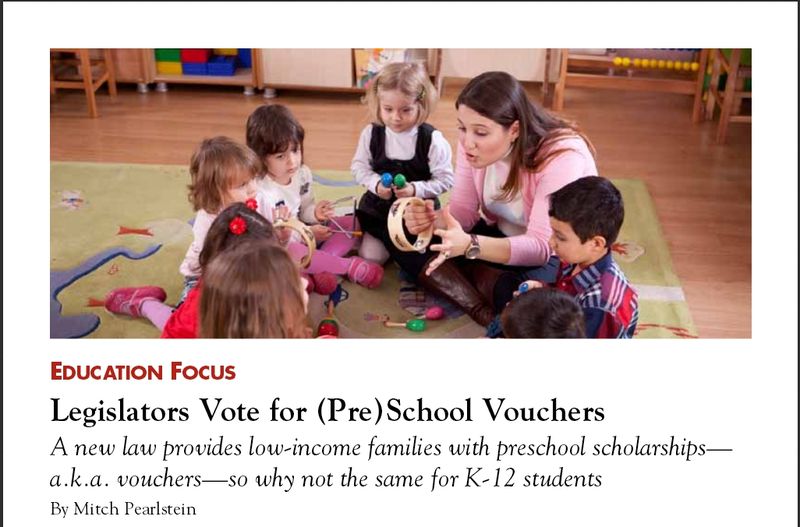 Were it not for Republican primary politics, Bluestem would spend the day in the splendor of our garden, eying the monarch butterfly caterpillars devouring milkweed or sitting out on the deck swilling Prairie Gin and Tonies while savoring a little old school rhyme royal.

Sadly, this is not to be, for Minnesota Conservatives now scolds us for our outsider status, and so we’re in the study, composing this post.

She [Loon] co-authored, with uber liberal Rep. Ryan Winkler, a HEAD Start bill that would have allocated $150 million to low-income pre-schoolers despite abundant evidence such programs do no good. As John Derbyshire recently noted, its “been failing for 50 years but the elites still believe in it.”

We confirmed with Gilmore that he meant HF1058 (pdf of the 1st engrossment here), an early learning scholarship program.

If this is one of the litmus test items that damns Loon, Bluestem thinks we’ll pause and consider the case before we return to savoring Tudor poesy.

First, the Loon was not alone among Republicans in supporting the bill, as she was joined by stealth liberal squishes Bud Nornes (R-Fergus Falls) and Bob Barrett (R-Lindstrom) in co-authored the bill.

Second, that qualifying low-income families that qualify for the scholarships for their children can send the pre-schoolers to Head Start, public-school-based pre-school programs, or programs to child-care centers and family child care businesses.

Third, that the status page of the bill notes “see HF630.” When we follow that advice, we’re led to the 2013 Omnibus K-12 education policy and finance bill, which passed 78-56. Loon and Nornes joined most of their colleagues in voting against the omnibus, though Barrett, Greg Davids (Preston), Mark Uglem (Champlain) and Dean Urdahl (Grove City) voted with the majority.

The preschool scholarships that were folded into the omnibus are descibed in September 2013 Joe Kimball’s article in MinnPost, Low-income parents can apply for early-learning scholarships:

Qualified families can apply for up to $5,000 to send their children, ages 3 to 5, to participating Head Start, school-based prekindergarten and preschool programs, and child care programs.

Readers can learn more about the program here. As we’ve noted, while qualified Head Start programs are eligible to accept the scholarships, parents have a range of choices where they can use the vouchers.

While Republicans (including Loon) and their conservative allies might have been concerned with the larger education package, the preschool scholarships that Loon, Barrett and Nornes support did reap praise in the Summer 2013 newsletter published by the Center of the American Experiment.

. . . we’re pleased to report that legislators in St. Paul did, in fact, pass a bill expanding a key education program in which vouchers are central and which Governor Dayton did in fact sign. This was a bipartisan, impressive and appreciated effort—not that the actual and often-dreaded word “voucher” shows up anywhere, other than when used by opponents such as the teachers union as an epithet aimed at defeating the bill.

The legislation pertains to early childhood education and rather than “voucher,” the substitute term is“scholarship.” But son of a gun, the program’s scholarships work just like low-income vouchers, meaning parents get to pick the program at which they’re used. This further means that vouchers of one sort or another (not that they’re ever officially described as such) now will be used extensively in Minnesota by children before they’re six as well as adults when they’re 18 or so and older and attending college, graduate school, or another post- secondary institution.

Why, yes, Perlstein called the measure “. . . bipartisan, impressive and appreciated . . . ,” an irony heightened when we consider that the back page of newsletter lists Sheila Kihne–Loon’s opponent is the primary–as a board member at CAE. Kihne has left the board since 2013.

The conservative opposition to preschool scholarships

We also find it curious that Gilmore singles out Head Starts in his condemnation of Loon’s co-authorship of the current bill, since the ruckus that was raised of the vouchers by conservatives in 2011 took a much different shape.

Enter Education Liberty Watch executive director Karen Effrem who warned against ALL preschool education outside of the home in a March 28, 2011 Urgent Update on Minnesota Education Spending Bills, with added alarm to concern for scholarships for private preschool:

Overall education spending increases by approximately one billion dollars from last biennium, and there are no cuts to anything over current spending in early childhood. This is especially concerning given the fiscal crisis that Minnesota is facing, that education consumes 40% of the Minnesota budget, that many of these programs are ineffective and sometimes harmful, and that achievement is so stagnant or declining, especially for poor and minority children. This stagnation is despite massive increases in spending over the last 30 years at both the state and federal levels. Yet, Dr. Karen Effrem was the only one to her knowledge of the dozens of people who testified about these bills that asked for cuts of any kind.

Even worse, the House increases early childhood spending by incentivizing poor families to put their children in preschool instead of educating them at home with early childhood scholarships and takes the ineffective and controversial Parent Aware quality rating system (QRS) statewide. (Testimonies may be accessed here).

[Written testimony prepared for the MN House Education Finance Committee’s consideration of the omnibus education finance bill is available here (HF 934). Audio of what was actually presented is available here by following the link for the March 21st hearing beginning at 6:37:35]

Increased Spending and Preschool Changes in Ways and Means

Worse yet, after passing the House education spending bill out of the Education Finance Committee, Chairman Pat Gorafalo (R.-Farmington) added $26 million more spending to the bill in the Ways and Means Committee, including $4 million in more spending to early childhood for these scholarships. (The spreadsheet is available here).

Rep. Garofalo and Rep. Jim Abler (R-Anoka) were able to come to some understanding about the turf battles related to education vs. child care and policy issues of the quality rating system. They were aided by the strong work and advice of Rep. Mary Franson (R-Alexandria), a child care provider who understands the dangers of this quality rating system on private home providers. The chairmen are both to be strongly commended for agreeing to not impose the mandates/bureaucratic burden of this “voluntary” system on private family child care providers. Rep. Garofalo should also be thanked strongly for the part of the amendment prohibiting state interference in curriculum.

In exchange for that however, Rep. Garofalo kept the statewide ramp-up of Parent Aware in his bill using the bureaucratic, central economy promoting governor’s economic development regions. The amendment also redefines preschools as both public and private for the purposes of the bill. This means that the government controlled QRS system is imposed on private preschools instead of just public school readiness or Head Start programs as we had been led to believe was the case This is the equivalent of giving the commissioner of education jurisdiction over private K-12 schools that accept scholarships for poor children. This is completely unacceptable!!

Emphasis in the original alert. Obviously, Efrem is no fan of any ppreschool outside of the home.

Loon authored a bipartisan preschool scholarship bill in 2012, while the Republicans still controlled the legislature, with fellow Republicans Keith Downey (now state chair) and Kelby Woodard (Belle Plaine), who is retiring to help start a Catholic school in Texas.

Do support for the preschool vouchers blemish Nornes, Barrett, Garofalo, Downey, Woodard and other Republicans? We have yet to see the outrage outside of Planet Effrem and the lunar orbit Gilmore provides in his most recent post. On the other hand, we are indeed outsiders to the universe of Minnesota Republicans.

While Kihne has approvingly posted the Gilmore entry to her campaign Facebook wall, Bluestem cannot find any evidence that the challenger actually publicly opposed preschool vouchers during the 2011-2012 and 2012-2014 sessions, though clearly, we might have missed something. On her campaign website issues page, here’s what she says about education:

As a public school kid from kindergarten through the University of Minnesota, I strongly value a public-education system accessible to all. It’s become more difficult as parents seek unique offerings (STEM or language-immersion for example) for schools to deliver efficiencies which are required from taxpayer-funded education.

We have too much administrative overhead, which is often-times driven by lawmakers adding programs and mandates — like the recently passed bullying bill. The locally-elected school board should have the power to create a local school system that works for the community free from federal and state mandates. I oppose federal mandates like No Child Left Behind and federal curriculum like Common Core.

I also support more school choice which includes charter schools, homeschooling, trade schools, and private schools. If we can empower parents to place their children in the schools that serve their children best, all will be happier with the system and Minnesota can once again be a leader and innovator in education.

If CAE’s Perlstein is to be trusted, Loon’s support for parental choice via preschool vouchers is a step in that direction. We’ll see if they flee from that.

Meanwhile, on Facebook, Kihne is taking issue with the Minnesota Chamber of Commerce.