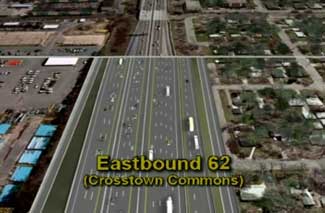 I interviewed Representative Liz Hoberg in Monticello last Saturday at the Republican Convention for the 6th Congressional District. Holberg told me that Bus Rapid Transit (BRT) was no longer part of MnDOT’s plans for widening of 35W. Holberg said the 35W BRT did not get funded in the Senate. Holberg said the project would go forward and add high occupancy vehicle (HOV) lanes.

Meanwhile, MnDOT’s new creative financing scheme for the Crosstown/35W project may face a roadblock in the Senate Transportation Committee hearing this Thursday.

MnDOT plans to borrow from contractors in order to pay for the project. I called Senator Murphy’s office and they confirmed that the hearing will seek to determine whether MnDOT’s financing plan conforms to state law.