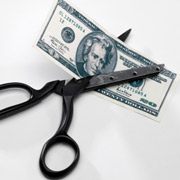 If Burnsville-Eagan-Savage schools, ISD 191, are contemplating the four-day school week, what’s next? The return of the poor house? Bread riots? The slow unraveling of Minnesota’s social fabric?

Schools buttress aging, transitioning communities provided that the community affirms its financial commitment to schools. Communities declining investment and rejected recapitalization begin giving off the sour stink of prosperity’s slide. It’s a smell that drives new families away faster than forgotten crappies in the camper’s cooler.

To date, the four-day school week has been a rural phenomenon, with the exception of the North Branch Public Schools depending on whether or not you locate North Branch in rural Minnesota or Twin Cities exurbia. The scheduling switch decision is financial, not pedagogical. Schools hope that kids’ learning won’t be negatively affected by the four-day schedule. Savings a few dollars trumps educational outcomes.

And, I stress “a few dollars.”

BES schools are trying to cut $5 million from a $107 million annual general fund budget. That’s a titch less than five percent, a seemingly modest figure but part of depressing downward pattern plaguing BES, like every Minnesota school, for the past dozen years. At this point, BES has plucked all of the low and middle hanging budgetary fruit. Contemplating the four-day school week signals a new bar lowering.

Expect more suburban schools to consider the four-day school week. It’s an inevitable consequence of conservative public policy that values tax savings for the wealthiest Minnesotans over common sense investments in Minnesota’s kids. If Minnesota stays on our present defunding schools path, the only thing left to do will be to raise the white flag of surrender and wonder what went wrong.