Recent figures show that 2013 is turning out to be a banner year for the tireless workers who turn the fertile soil of American public opinion, planting seeds of doubt and raising the hackles and ire that feed our public discourse.

“We’re seeing massive amounts of confusion over everything,” said Republican narrative farmer Walter Todd, who planted a new variety of Obamacare Satanis in early July and is reports it is already in full-flower coast to coast.

“All I did was I told my brother in law at a Fourth of July picnic that Obamacare would ultimately lead to the socialist re-branding of Disney World as ‘Occupy Orlando’. It was just something provocative to say – I chased it with a few beers and the thing took off. I didn’t expect it to grow so fast.”

Experts say just about any story that has an identifiable villain and ends in disaster will take root and grow tall this year.

“The environment has been perfect for it,” says Katie Boo, a professional fear monger in the Boston area. “The summer got a late start and people had to cram a lot of activity into just a few short weeks. They’ve been too busy to think much about what they’re hearing – they just believe the last person they talked to.” 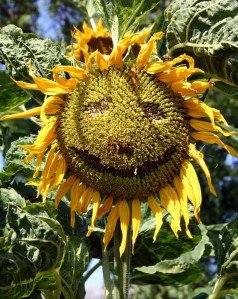 All the hours and care spent sewing confusion are starting to pay off. Now that Autumn has started we’re seeing record crops of divergent convictions, from where responsibility lies for the partial government shutdown (Republicans or Democrats) to the real cost of failing to raise the debt ceiling (impending financial cataclysm or mere bookkeeping adjustment) to the true nature of orange Jello (tasty low calorie dessert or radioactive Hellspawn).

“Honestly, there’s fertile ground just about everywhere for pretty much everything,” said Lars Shrillstone, a freelance alarmist. “I was in Phoenix last week and ran into a really healthy variety of ‘Ted Cruz is an Evil Robot’. Usually it doesn’t take hold that far west, but this year, anything goes.”

What grew tall in your yard this summer?