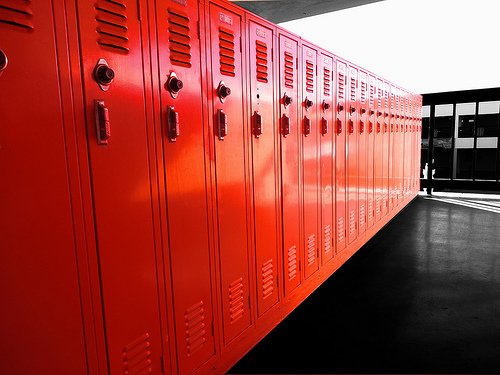 Though bullying is gradually declining in Minnesota, more than 40 percent of students still report some type of bullying in public schools.

The Safe and Supportive Minnesota Schools Act is likely to be contentious in the 2014 legislative session with a large coalition of groups supporting the bill, and a small but vocal coalition of Tea Party groups and religious right organizations fighting against it.

With a bill pending to reduce incidences of bullying, what does the current picture look like? TheColu.mn took a look at existing data on bullying in the state.

For the first time, the Minnesota Department of Education asked students the basis on which they perceived they were bullied.

For grades 8 through 11, students reporting being bullied at least once during the last 30 days: 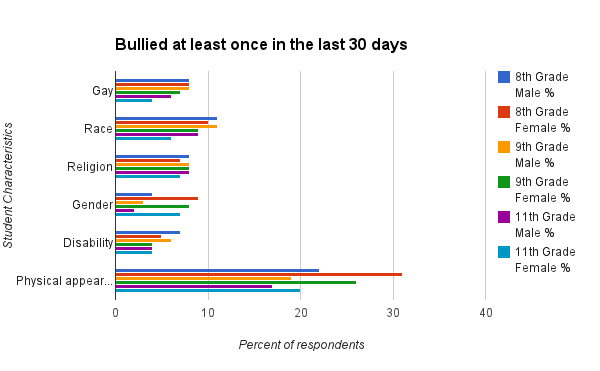 An average of 1 percent of students responded that they were bullied daily on the basis of their sexual orientation, race, gender, religion, while 2 percent said physical appearance.

TheColu.mn used an average of the 5th-11th grade data to get the following numbers.

Almost 1 in 5 (16 percent) of students responded that they had been pushed, shoved, slapped, hit or kicked at least once in the last 30 days. 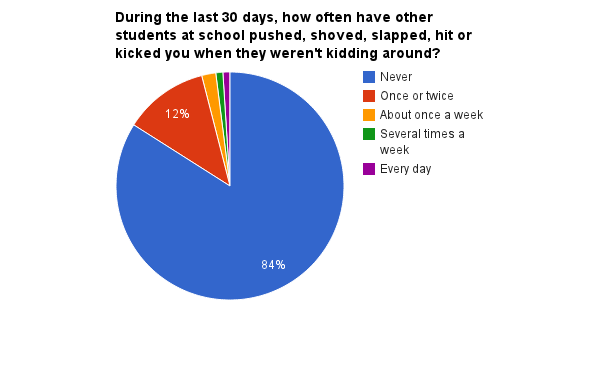 Thirteen percent of students were threatened with physical violence at least once in the last 30 days. 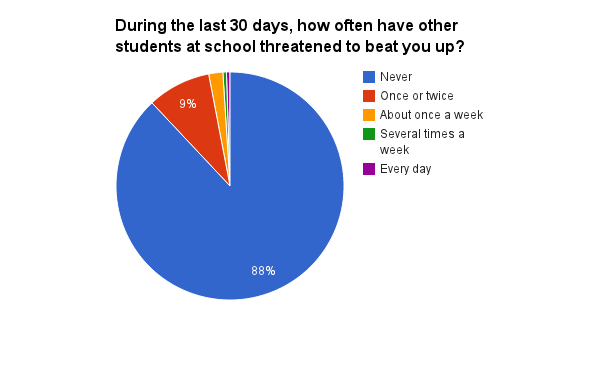 One in four students (28 percent) were the victims of mean rumors or lies. 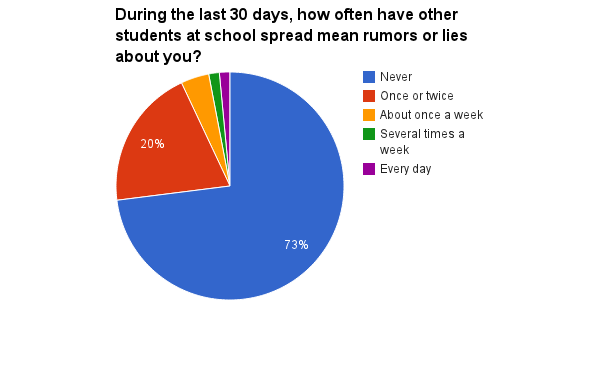 Almost 1 in 4 students (22 percent) were the victims of sexual jokes, comments or gestures at least once during that last 30 days (5th graders were not surveyed about this issue). 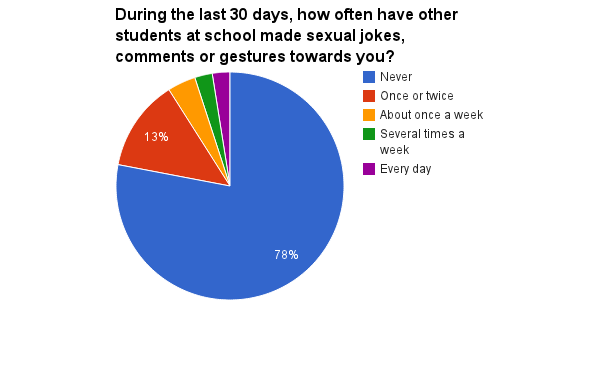 Twenty-six percent of students were excluded from friends, other students or activities at least once during the last 30 days. 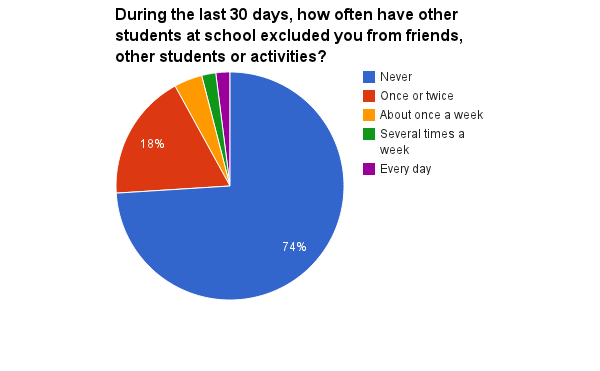 Historically bullying has decreased in Minnesota’s public schools, though the 2013 data is drastically different than previous surveys so a direct comparison is impossible.

Between 2007 and 2010, there was little difference in the frequency of bullying. Students were slightly more likely (by 1 percent) to report that they did not experience bullying in the last 30 days. 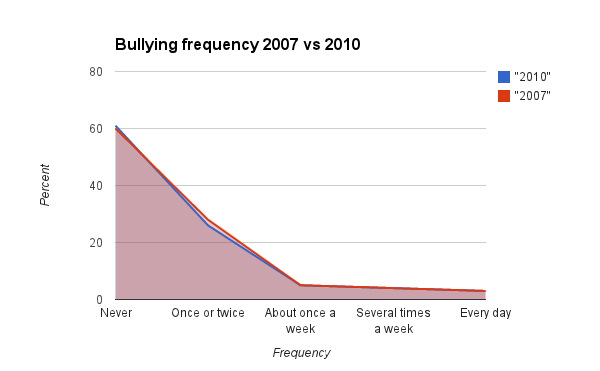 Iowa’s Youth Survey asked many of the same questions as Minnesota’s and got very similar results.

For the first time in 2011, North Dakota asked about gay, lesbian, and bisexual students. 8.1 percent responded they have been bullied in the last year because of their perceived sexual orientation.