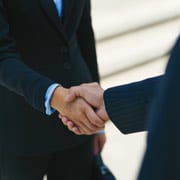 Back in his native Afghanistan, Ghafar Lakanwal had a front row seat to how heavy-handed authority undermined trust in institutions and held people back from entrepreneurship and progress.

Back before the Soviet invasion of Afghanistan in 1979, Lakanwal was the Afghan minister of Agriculture and was building local cooperatives in the countryside. The Soviets put Lakanwal under house arrest in Kabul and turned the co-ops into “cells” for taking over the economy and for keeping track of people.

So much for his “ground up” economic development plans. Lakanwal was using models he had studied while earning a Ph.D. at the University of Hohenheim at Stuttgart and later working with the German International Development Agency.

There are lessons for Minnesotans from Lakanwal’s experiences because refugees and immigrants are pumping new life into communities and starting hundreds of new businesses around the state. How fast and how far this burst of economic activity will go will partly depend on how well new Minnesotans can access programs and work with public and private organizations.

It is really a matter of trust, Lakanwal said.

What’s more, this isn’t a new problem, said Al Paulson, a St. Paul business executive and a business consultant to Native American tribes throughout the country.

Paulson is also an enrolled member of an Ojibwe tribe in northern Minnesota. Historical experiences have left many Indian leaders doubtful of government intentions. This distrust extends to nonprofit organizations and private foundations as well, he said. “For many people, they are all the same,” he said.

In a recent conversation, Hmong business leader Chia Xa Vagh said the Hmong came to Minnesota because of established ties with American military and intelligence officers who were from here. From those relationships, the Hmong did have some trust in working with Minnesota groups and agencies that may not apply to other refugees, Vagh said.

That experience is different from what Somali refugees experienced, although some Americans and Minnesotans were helpful to the 40,000 people who left their war-torn country and resettled here.

Hispanic and Latino immigrants who have come to Minnesota seeking economic opportunities have entirely different histories and experiences shaping how they interact with public and private programs.

For those reasons, Lakanwal sees issues of trust especially troublesome for refugees. After being released from house arrest, he was assigned to the foreign ministry for the Soviet-backed regime in Afghanistan. He defected to America while at the United Nations in New York, moved to Minnesota, and later smuggled his wife and children out of Afghanistan to join him in Bloomington.

Over the years, Lakanwal established the Multi Cultural Development Center that has helped Minnesota and other American companies and groups with diversity issues and training. He continues that consulting work today with his Sharing Diversity/Bridging Cultures organization.

A lot of that work involves creating understanding from which people and groups can build trust, Lakanwal said. “From there you can start to see mutual interests and mutual benefits.”

That doesn’t come easy, he said.

The American Refugee Committee (ARC), the international humanitarian relief and assistance group founded in Minneapolis in 1979, currently counts 67 million people in need of international protection and assistance. Of them, 16 million are refugees while the other 51 million are “internally displaced people” whose needs may be just as great but who are difficult to reach for international aid groups.

ARC works with refugees in Thailand, Pakistan, Sierra Leone, Liberia, South Sudan, Darfur and Rwanda. Given recent Minnesota history, it is safe to assume that some of these areas house refugees who will eventually find their way to Minnesota to start new lives. Minnesota institutions and organizations should be ready to lend a welcoming hand, starting with building trust.

On a separate matter, Somalis in Minnesota are experiencing problems with banks and with the U.S. government in sending money to relatives back home in Africa. In the simplest terms, the official concern is that the money may be intercepted and used by terrorist organizations.

The ARC international relief group is a leader in trying to overcome the problems of transferring money to relatives in Somali. The Confederation of Somali Community in Minnesota (CSCM) also works with nonprofit organizations, ethnic and religious groups in trying to keep communications and money flowing between relatives and groups here and there.

It is imperative that Minnesota’s political and social leadership support these groups and work with federal authorities and international agencies to resolve problems with money transfers.

These problems for the Somali community here are reminders of the recently revealed spying and monitoring of Muslim students by law enforcement officers at New York universities, said Lakanwal. Separating people by religion or ethnicity for different treatment by government doesn’t create “homeland security,” he said.

As Lakanwal also knows from personal experience, building trust in institutions is nearly impossible where mistrust is official policy.