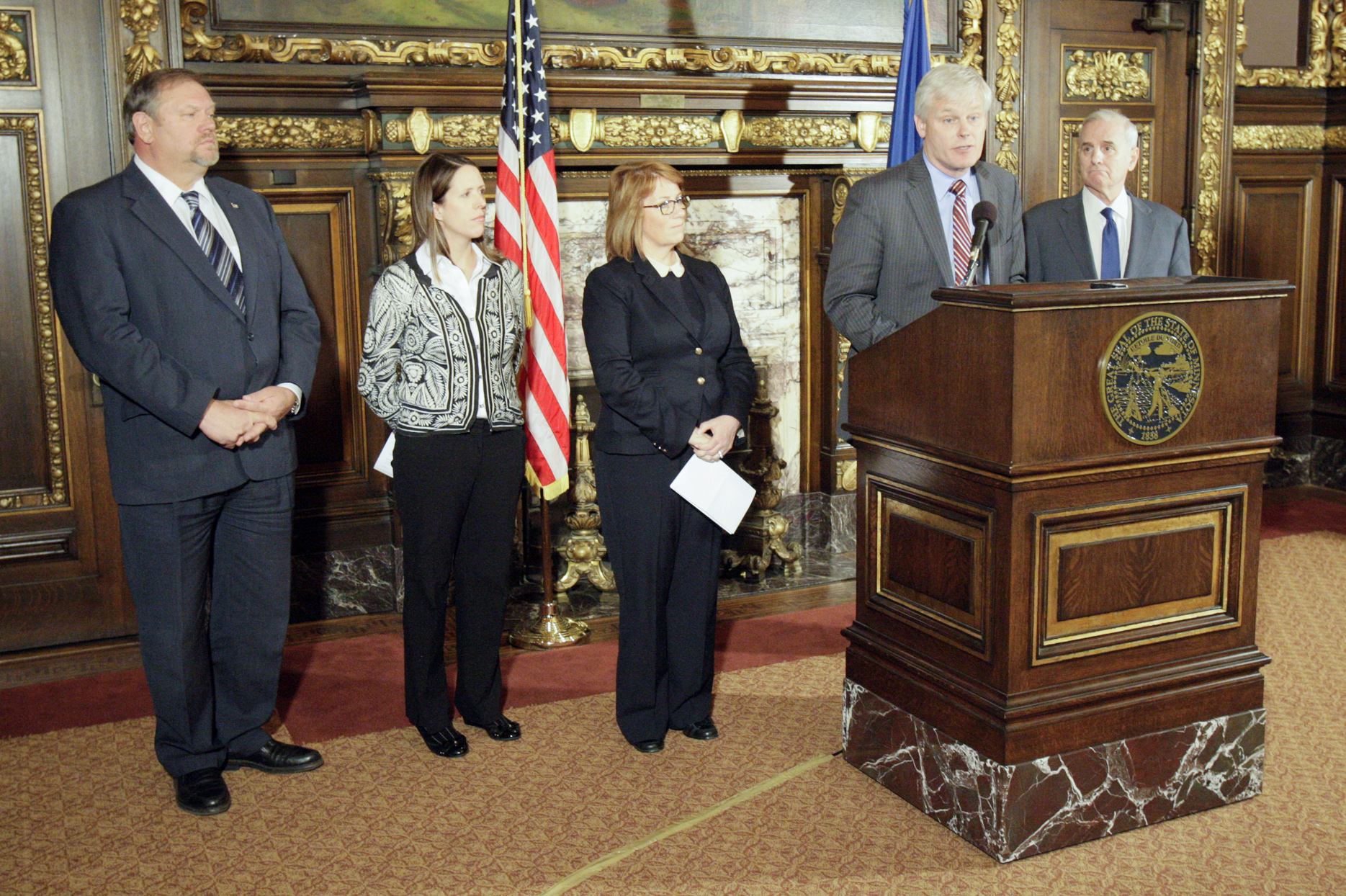 With the close of session drawing near, Gov. Mark Dayton and House and Senate DFL leaders have reached agreement on the broad outlines of a budget for the upcoming biennium.

During a Mother’s Day press conference at the Capitol, Senate Majority Leader Tom Bakk (DFL-Cook) said the budget would solve the state’s $627 million deficit by the end of fiscal year 2015, bringing “structural balance” to the budget and actually carrying for a small surplus into the following biennium.

House Speaker Paul Thissen (DFL-Mpls) said he believes Minnesota is “on the cusp of an important correction” for the future of the state, citing an 86 percent increase in property taxes over the last decade, doubling of college tuition, and increasing class sizes, as trends that would be reversed by this budget.

While there will be no new taxes on clothing or consumer services under the agreement, Bakk said there would be an income tax increase on the wealthiest Minnesotans and a bump up in the cigarette tax as well. What exactly those increases are must still be negotiated by the tax conference committee before the legislative session ends May 20.

Although that increase is still to be determined, Bakk said it would be “a much smaller percentage than what you’ve heard.” That’s because the state would apply the fund balance as it exists after the end of the fiscal year and use it to pay back the education shift before imposing the new surcharge.

“We expect to finish June 30 with something north of $300 million that we would actually apply to the school shift before the Department of Revenue considered anything in the area of a surcharge to pay back the balance of it,” he said. 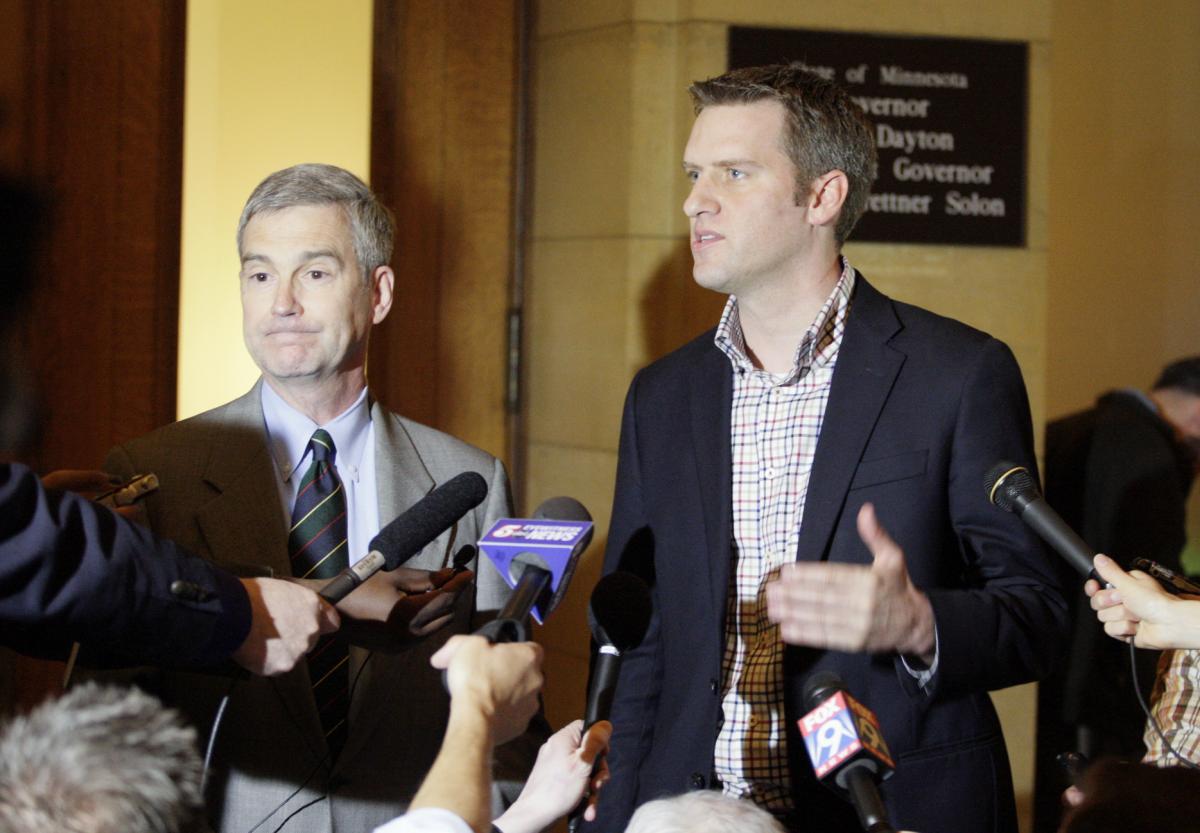 House Minority Leader Kurt Daudt (R-Crown) called the budget announcement “disappointing news” and said the DFL’s Mother’s Day gift to “every hard-working mother in the state of Minnesota is going to be more than a $2 billion tax increase.” Daudt (pictured, right, with Senate Majority Leader David Hann; photo by Paul Battaglia) said Republicans were hoping some of the Democratic proposals would have been reeled back but that everything they’d feared was still on the table.

“This is bad news today for Minnesota’s economy,” Daudt said.

Dayton said an increase in the alcohol tax is still under consideration.

A tax increase on gasoline is still in the mix, although he did not offer his support. “The Senate keeps putting it on the table, I keep trying to take it off,” Dayton said.

The governor also said he “has a couple of ideas” he’s going to suggest to the tax committee regarding alternate funding of the Minnesota Vikings stadium project but “we’re going to get a stable source that’s going to be more than sufficient to pay off the bonds.”