The Hooligans in Wondaland tour stop at Roy Wilkins Auditorium on May 25 was an engaging spectacle, and though it was light on hooligans—both Janelle Monáe and Bruno Mars, though certainly not lacking in swagger, were generally pretty wholesome—there was definitely something “wondaful” about the atmosphere evoked.

Indie darling Monáe’s explosive set began with a spooky, ringleader-meets-hype man riling up the crowd and officially announcing the beginning of the show (first opener Mayer Hawthorne did his best to invigorate the impatient crowd, but was notably distinct from the other two acts). As the ringmaster announced that we were about to experience a “motion picture for the mind,” the stage began to flood with musicians, totaling nearly a dozen when all was said and done.

Dressed in coordinating black-and-white outfits, the musicians looked like futuristic Stormtroopers and the backup dancers like droid sailors. The last people to enter were three hooded figures who turned out to include Monáe herself, flanked by two dancers. The whole ensemble wasted no time getting right to the enormous, brassy tunes Monáe is known for, and though she was by far the tiniest person up there and wearing the same understated color scheme, Monae was not at all lost in the shuffle. She didn’t even make it through her first song before her signature coif fell loose from all the bopping about. In fact, she hardly held still a moment in the entire show.

If Monáe is known for anything, it’s for her versatile, genre-blending-and-bending sound. Her set flowed mostly seamlessly (a lovely cover of Charlie Chaplin’s “Smile” backed only by electric guitar came awkwardly early in the set, slowing down some of the momentum she’d generated during the hard-hitting opening segment) and she managed to effortlessly jump from belting out funk, R&B, and pop in her huge, powerful voice to playfully talk-rapping and then back again.

Visually, Monáe’s stage set was minimalist and futuristic with a retro-mod twist. The dancers looked like they should be cage-dancing at some space version of Studio 54, and on occasion when all of the musicians had choreography to go along with Monáe’s the whole thing had an intentionally-robotic sort of feel. Perhaps the highlight of the show was when Monáe painted a rearview nude body in the middle of the expansive “Roses and Mushrooms” as the lighting perfectly alternated between shades of red and pink.

The real takeaway from Janelle Monáe’s performance is that, quite simply, she is a badass. And not in the diva way where she demands that you acknowledge her fierceness or sex appeal. Don’t get me wrong, she is absolutely gorgeous and certainly exuded confidence. But she was also wearing an outfit indistinguishable from a waiter uniform and was doing more bouncing and wiggling than hip-shaking. It’s Monae’s undeniable talent, not her stage persona, that makes you sit up straight and pay attention, and it made for an unforgettable show.

After a brief intermission during which the pack of mostly women (of all ages, notably) became increasingly concentrated in front of stage, Bruno Mars took the stage to deafening, high-pitched screams and greeted the crowd by saying, “Minnesota! You look good!” which, as you may imagine, only generated more deafening, high-pitched screams. Roy Wilkins was in Bruno Mars’s pocket from the first second, and boy, did he know it.

Monáe’s sparce space-age set was replaced with what is best described as the staged equivalent of an Ed Hardy t-shirt; dim lighting, video effects in rich, sexy colors (I wonder how many times I will use the word “sexy” in this review), and overall that kind of flashy, borderline-gaudy bro-ish vibe.

After playing a few cover songs, Mars announced that he would play the first song that he ever wrote, “Our First Time,” which is not as lame as it sounds because in addition to being a Top 40 crooner he is also a hit songwriter, penning such smash jams as Ce Lo Green’s “F*ck You.” That said, Mars may not be known for his lyricism, and vocally he’s no M.J. or even J.T. (his steady but not-necessarily-piercing falsetto was often muted by the overwhelming instruments and dominating backup vocalists—which incidentally also led to a few uncomfortable moments when the harmonies didn’t line up correctly, presumably because the vocalists couldn’t hear each other).

What Mars does have, though, is sex appeal. And a whole hell of a lot of it at that. He was suggestively grinding his hips on practically note one, and was outright humping the air by song two. He spoke to the crowd as if it was one single female, the object of his lust and affection, and often paused to flatter her or simply to give her a sexy lil’ smirk. The crowd ate it up, so much so that it became a little unclear as to whether the women around me understood that this “flirtation” was absolutely the textbook definition of insincere. It was entertaining to watch women twice my age nearly hyperventilate at his every word; it was really awkward to feel the presence of preteens when he described in some detail his preferences for lovemaking.

It’s this fact that really differentiates Monáe from Mars, and in some ways they represent two pervasive pop-star stereotypes. Monáe possesses a seemingly unassuming nature and raw talent that simply speaks for itself, whereas there were probably guys in your high school choir just as vocally talented as Mars, but who lack the overwhelming charisma, presence, and marketable good looks that have undoubtedly fueled Mars’s career. I get the impression that Mars is the type of guy who picks up women by saying things like, “Everyone thinks they know Bruno Mars, but I want you to get to know Peter.” (Mars was born Peter Gene Hernandez.)

Towards the end of the show, Mars announced that he was dedicating the next song to “all the beautiful girls out there” and then implored the crowd to isolate one girl in particular to receive the honor on their behalf. As the band segued to a cover of B.O.B.’s “Nothing On You,” he selected ‘Janelle’ (no, not that Janelle, though one couldn’t help but wonder if there are ever any snuggly moments on the tour bus) and then said, “Janelle, would it be a problem if I dedicated this last bar to you?” No, Bruno Mars, of course it’s not a problem for “Janelle,” who is sobbing and wearing your tour t-shirt.

It was those sorts of moments that ultimately made his show a little too slick and sugary for my taste (okay, let’s be honest, I mock dove off the balcony at that point), but I suppose you wouldn’t buy tickets to a Bruno Mars show if you weren’t in the mood for that, so holding it against him would be like criticizing a Bright Eyes show for making me feel like going home and swallowing a whole bottle of pills: it’s par for the course. And all of that aside, Mars is an excellent showman who will win you over whether you like it or not. 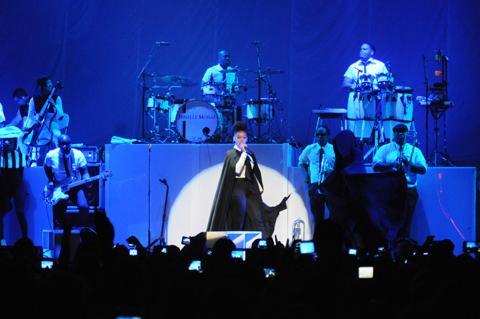 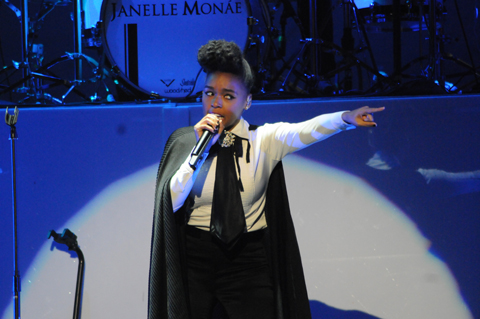 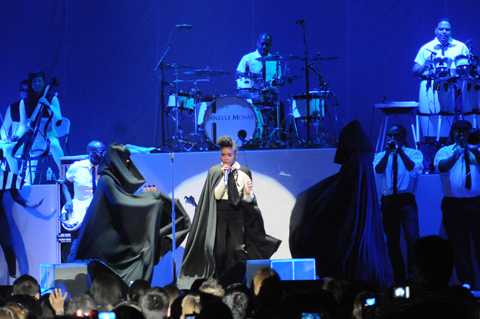 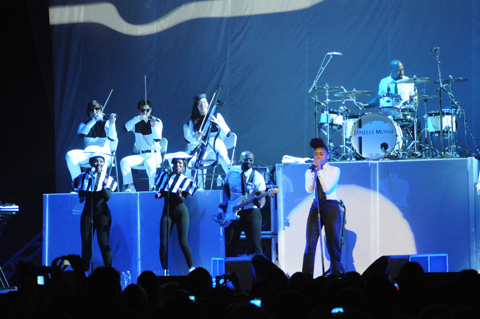 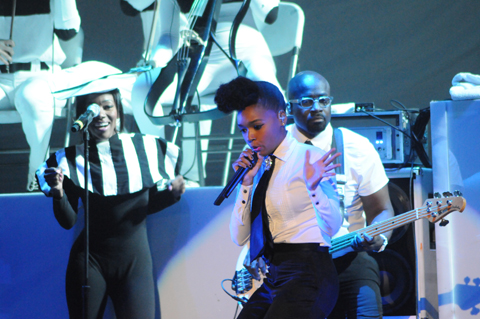 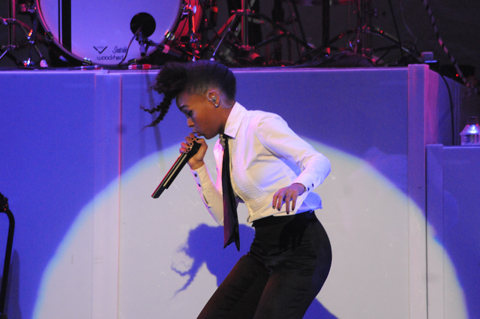 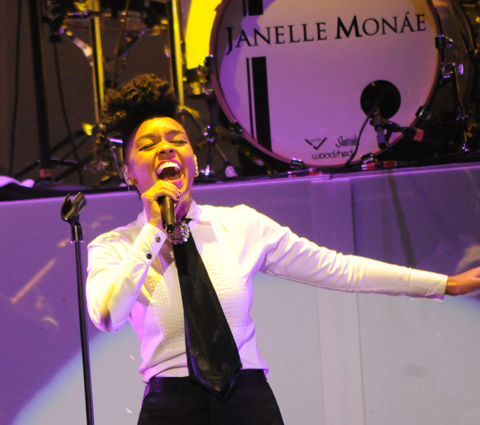 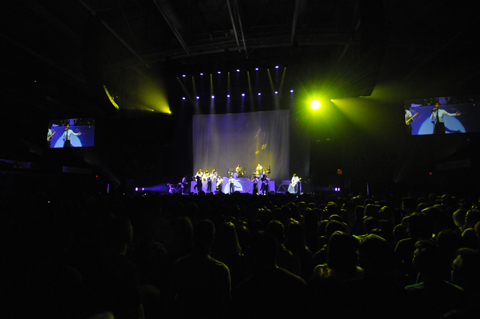 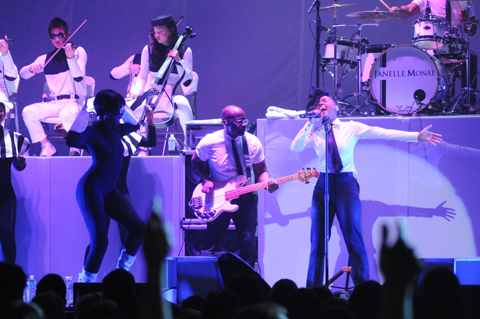 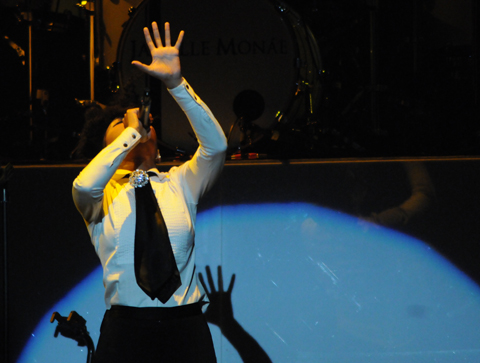 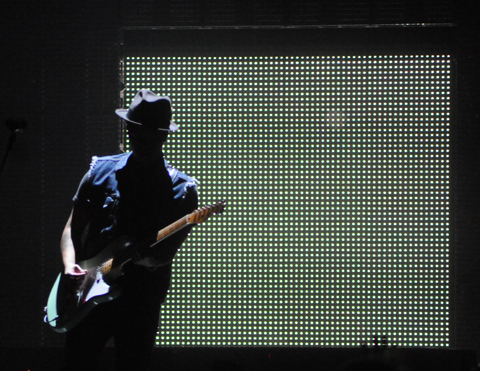 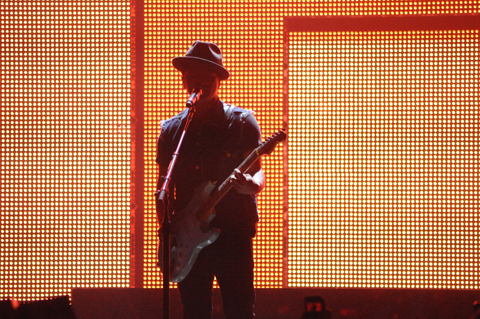 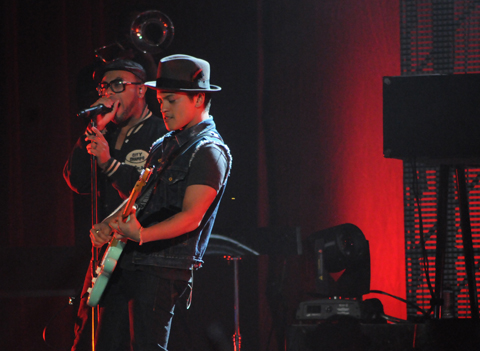 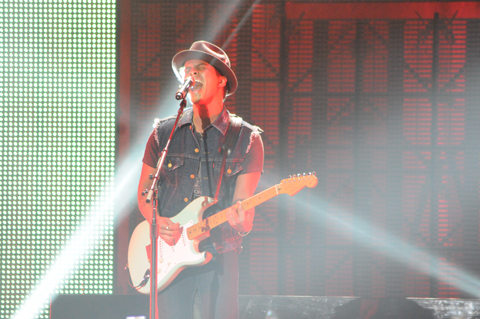 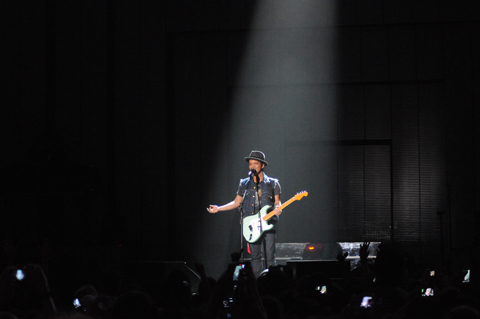 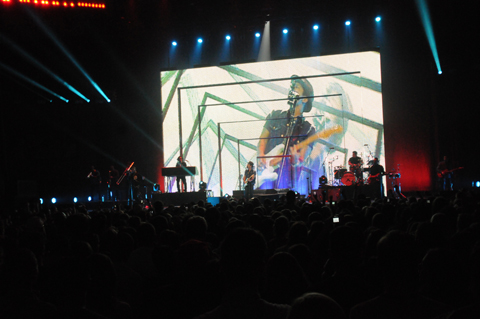 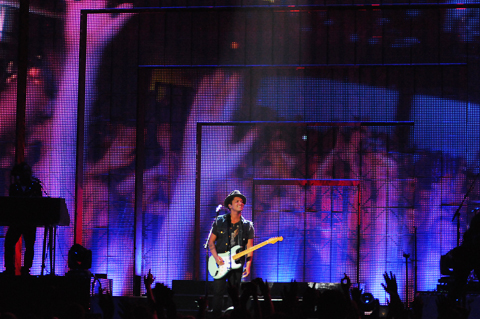 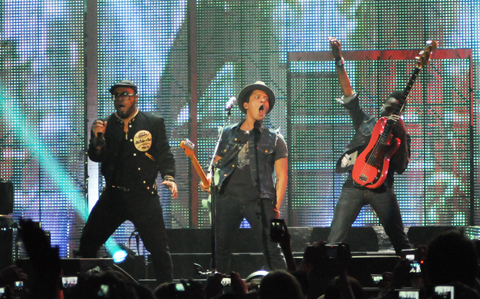 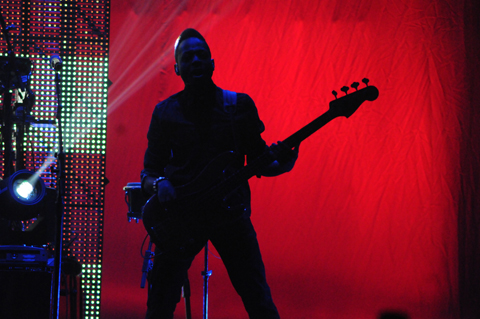 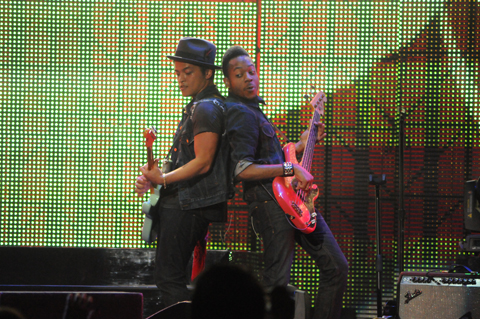