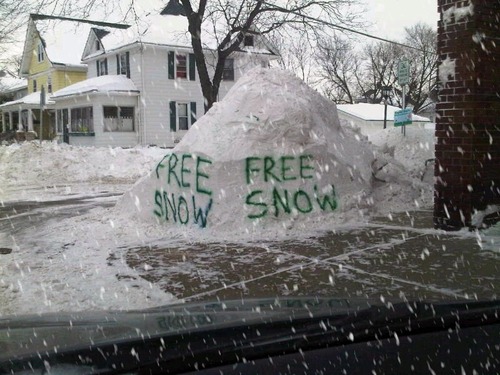 The free snow was at Capital Deals at 710 Smith Ave. St. Paul, MN.  They had to close the store for a day because of the snow.  I took this photo on December 19th 2010.  We had so much snow last year that there was still a couple of piles of it in June and no I am not making that up.

People get a grip!  We will have snow on the ground and it will be months before we see bare ground again.