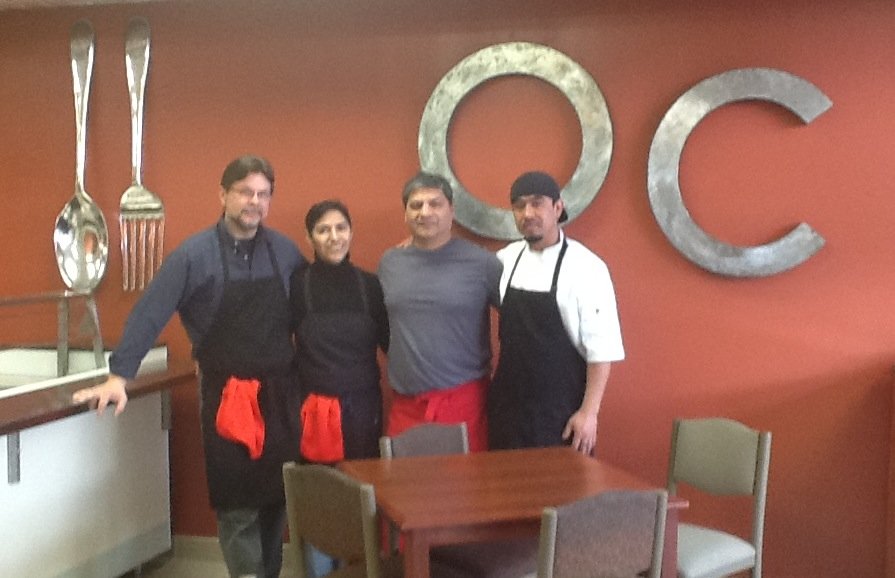 Miguel Linares and his sister Maria “Piti” Capouch inherited their father’s philosophy and gourmet Mexican recipes. Now their Otra Cocina Mexican restaurant (1193 Payne Avenue, St. Paul) features both. According to the duo, Otra Cocina is much more than a restaurant:

“It is a museum of fine dining. It is culinary art, a way of presenting our culture through food, hence its name. Otra Cocina is not fast food or what many believe is Mexican food that only consists of tacos or burritos, but presents a variety of delicacies. That would be like saying that the United States is the country of pizza and hamburgers, which is not either. Our cuisine has been inherited from pre-Columbian times, which according to studies, dates from about 8,000 years ago and consists of a wide variety of vegetables, rich in protein and minerals. Their exact combination with foods brought to the Americas with different types of meats and salads and this alone is what Otra Cocina offers. Our food is a rich wealth of flavors to the palate.”

As the best banquet chef in Mexico, their father served presidents of Mexico, as well as dignitaries visiting from other countries. At the celebration of Mexican Independence Day in Mexico City, more than 6,000 people shared in tasting this decadence. His greatest achievement was serving as chef to Pope John Paul II during his visit to Mexico in 1978. The photo at left shows Juan Linares C. and his youngest daughter being congratulated by Pope John Paul ll. 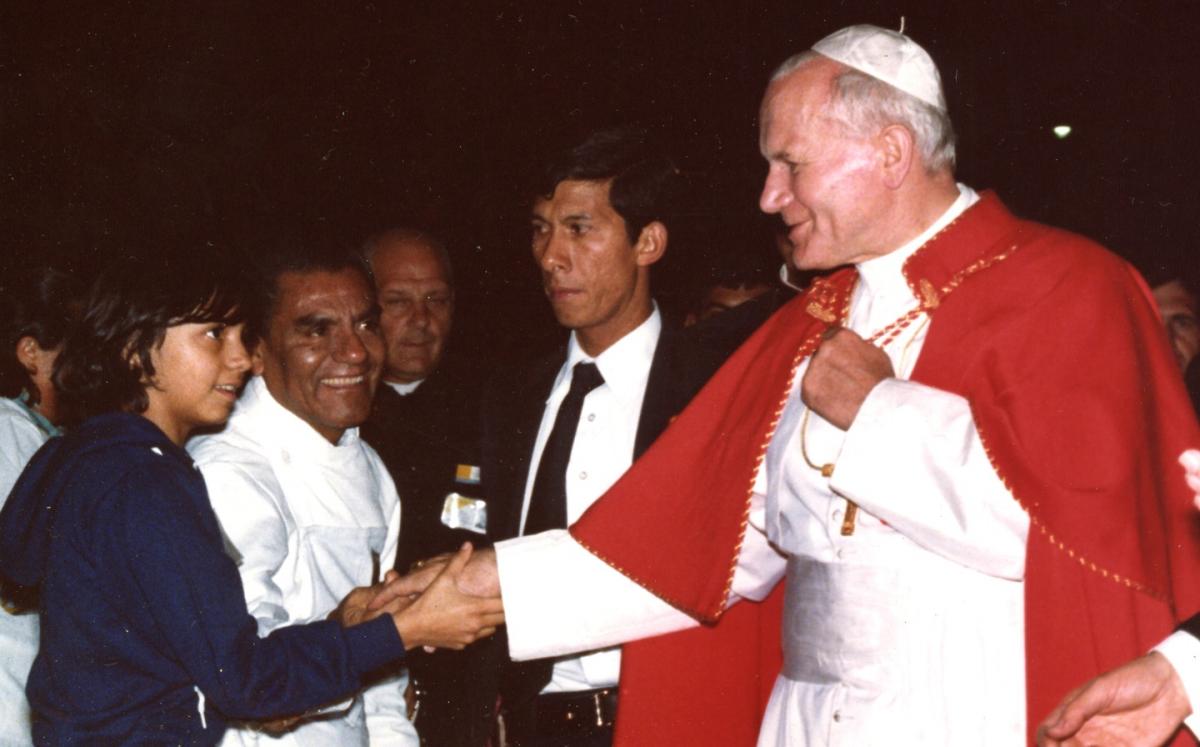 According to Linares, his father was selected as the best Mexican chef to represent Mexico in international events, and participated in events in the Twin Cities in 1993. That was when Linares and Capouch got the idea of using his recipes as the basis for a business in the Twin Cities.

They started in 1993, preparing banquets. They say they were the pioneers in introducing “Alambre” to the Twin Cities, though other restaurants now offer it as well. Their Otra Cocina restaurant opened in January, though it has not yet had an official grand opening.

According to Linares and Capouch:

“We’ve worked hard all this time, but with the help of God and of organizations such as (LEDC) and SPARK, and the owner of the building we were able to open our doors to the entire community. … In our restaurant we provide the variety and sophistication of our traditional and original dishes from Mexico City to our entire community without changing or altering the tradition transmitted from chef to chef.

“We are open Tuesday to Friday from 9am to 6pm and Saturday from 9am to 3pm. At this time we offer our winter specialties: cream soups, such as mushroom, pumpkin flower, pumpkin, soups, such as Tlalpeño, pasta, and lentil. Tortilla soup, Xochilt Budin, and Mexican salad are some of the most popular dishes. Flan is prepared by professional flan specialist Bradley Capouch. In the time of Easter we offer: shrimp Alambre, fish in guajillo sauce, and white rice. …

“We inherited the philosophy of consistency from our father who said that if it was possible to do something good once, you had to be able to do it the same way always. The recipes we inherited have not changed. They have been maintained as they were when he learned them from his teachers.”

Otra Cocina invites the entire community to explore the world of Mexican food and discover the art of Mexican cuisine.