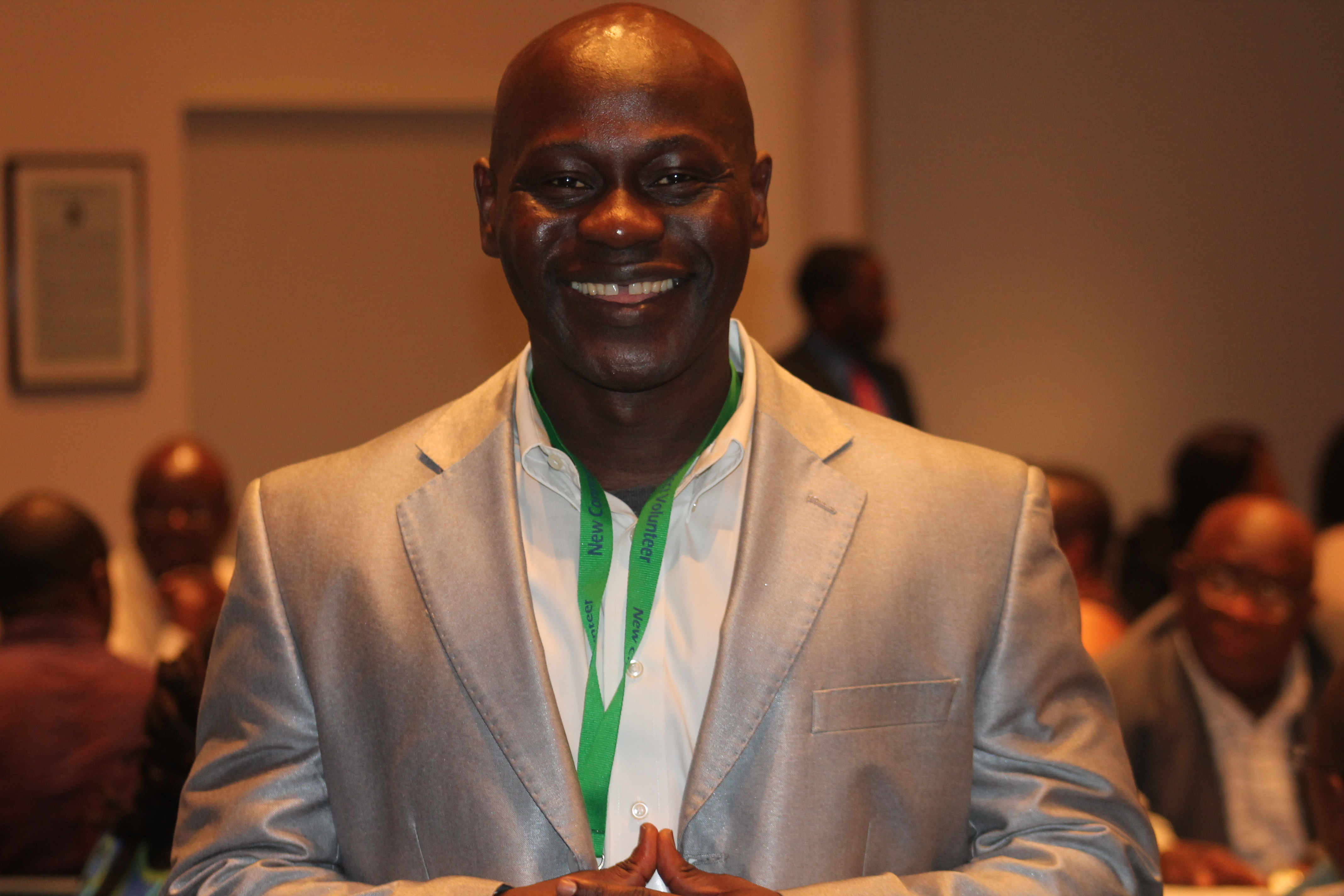 Abdullah Kiatamba was one of the speakers at the May 9 civic engagement forum.

“This is not a talk show,” said Abdullah Kiatamba, executive director of the African Immigrant Services, at the May 9 civic engagement forum. “It is not a conference for resolution. It’s about shifting people from being observers to active leaders.”

Hundreds of Africans, African-Americans and other minority groups gathered May 9 at Brooklyn Park’s City Council Chambers for intense conversations on how to better increase civic engagement among the city’s minority communities.

The three-hour event, which brought together more than 350 community leaders and concerned citizens, felt like a college classroom: There were presentations, small group discussions and questions about civic engagement — and participants stayed energized in receiving and sharing information throughout the forum.

For many participants in the small groups, the message was the same: Whatever their differences may be, they will either stand or fall together. The majority of those in attendance were West Africans. Other groups included East Africans and African-Americans.

Brooklyn Park is about 48 percent nonwhite, according to news reports. Participants at the forum encouraged each other to work together on issues that face their communities in the northwestern suburbs of Hennepin County.

The areas needed for civic engagement, they said, should include relationships between police and minority communities, education and youth development. They also talked about economic opportunities, housing and healthcare accessibility.

To conquer these issues, suggested Seyon Nyanwleh, director of A-Mon-Nue Sports and Social Association, African immigrants and African-Americans should work together.

“There is competition for resources between community leaders,” Nyanwleh said. “There is less tangible community engagement as a consequence.”

An African immigrant, Nyanwleh added that he hopes such dialogue will close the gap between the communities.

Diwin Daley, an African-American participant, also said there is a “big issue” between the communities that needs to be addressed.

“There is this stigma of separation,” Daley said. “That’s a shame, that’s a loss.”

Daley said that he leaned during the event that all African and African-American communities work together.

“I leaned that I need to do more engagement with our brothers and sisters,” he said, “regardless if they’re from the motherland or they’re part of the United States.”

CORRECTION: African Immigrant Services is the correct name of the organization.

The article originally stated that the forum was part of a five year initiative of the city of Brooklyn Park, but this is not correct.