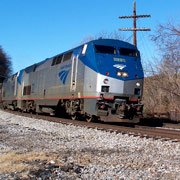 James J. Hill, the 19th century St. Paul businessman who built the St. Paul Cathedral and a great railroad to the Pacific Northwest, must be spinning in his grave. The once-proud train that bears his sobriquet, the Empire Builder, has become a slow-motion blot on his legacy.

“Eighty-five years after its debut as the Great Northern Railway’s premier passenger service to the west, the Empire Builder is broken,” the Flathead Beacon of Kalispell, Mont., sadly reported. “Five years after the Empire Builder had some of Amtrak’s best on-time performance rates, even outpacing Amtrak’s high-speed Acela train between Boston and Washington, delays of three to five hours are now commonplace.”

This is Minnesota’s only intercity passenger train, once the most popular of Amtrak’s long-distance routes but now bleeding ridership with each botched timetable performance. It’s not a public-sector failure for the quasi-governmental rail agency, but one of the private-sector BNSF Railway whose tracks it leases the use of.

As passenger rail improvements—some publicly financed, some private enterprises—are blossoming across the rest of America, the Empire Builder’s woes will only drive down support for such advances around here.

After delays of up to 12 hours on an already leisurely schedule plagued the train during the harsh winter, Amtrak modified its timetable in April. It didn’t help much. “In June, the westbound Empire Builder, train No. 7, stayed on schedule 10 percent of the time,” the Beacon noted. “The eastbound train, No. 8, has a zero percent on-time rate.” By then, ridership was down 19 percent from June 2013, which was already off from the record 2012 year of 543,000 boardings.

Problems like this for Amtrak aren’t confined to the Empire Builder as a surge in freight on share tracks, only partly caused by the U.S. crude oil boom, gums up the schedules. But the timing could hardly be worse as “Americans are getting more and more frustrated with air travel,” according to Tanya Snyder at StreetsblogUSA.

Snyder cited a U.S. Travel Association survey that found significant percentages of respondents unhappy with the hassles of flying, some so much that they’re traveling less than they used to or planned to. The Travel Association pegged the industry’s losses from trips not taken at $27 billion. A 2011 Harris interactive poll found that a third of business travelers and two-thirds of leisure travelers would ride high-speed rail instead of jetliners, of the former existed.

In the face of such an opportunity, Amtrak has even taken a page from the airlines’ playbook, getting rid of free amenities altogether or charging for them. “Amtrak is acting more like an airline every day,” wrote Christopher Elliott in USA TODAY.  “And not in a good way.”

Since late May, Empire Builder passengers have had to fork over $8 for a blanket, pillow, earplugs and eye shade. No more free glasses of wine, either. It’s the kind of cost-cutting and revenue enhancement that might please congressional funders, but not passengers, especially when the train pulls in hours late.

James J. Hill might have had a smart solution when he ran both the passenger and freight ends of his railroad, and air and car travel weren’t competing with him. Today’s fragmented transportation market complicates matters. But trains—at their best efficient, comfortable and internet-friendly—deserve more respect than they’re getting from practically any quarter these days.