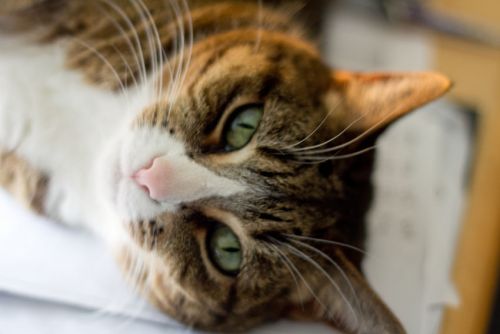 In anticipation of spring I have put out a few bird houses. The birds will move into them too. It is too bad that so many people thing is is alright to let their cats run free. The cats that are well fed sometimes play with small critters and birds and leave them to die.

Cats are a threat to the ecosystem and are considered an invasive species because they kill so much.

Being a free range cat in St. Paul is not good for the cat either. Here are some statistics for St. Paul: