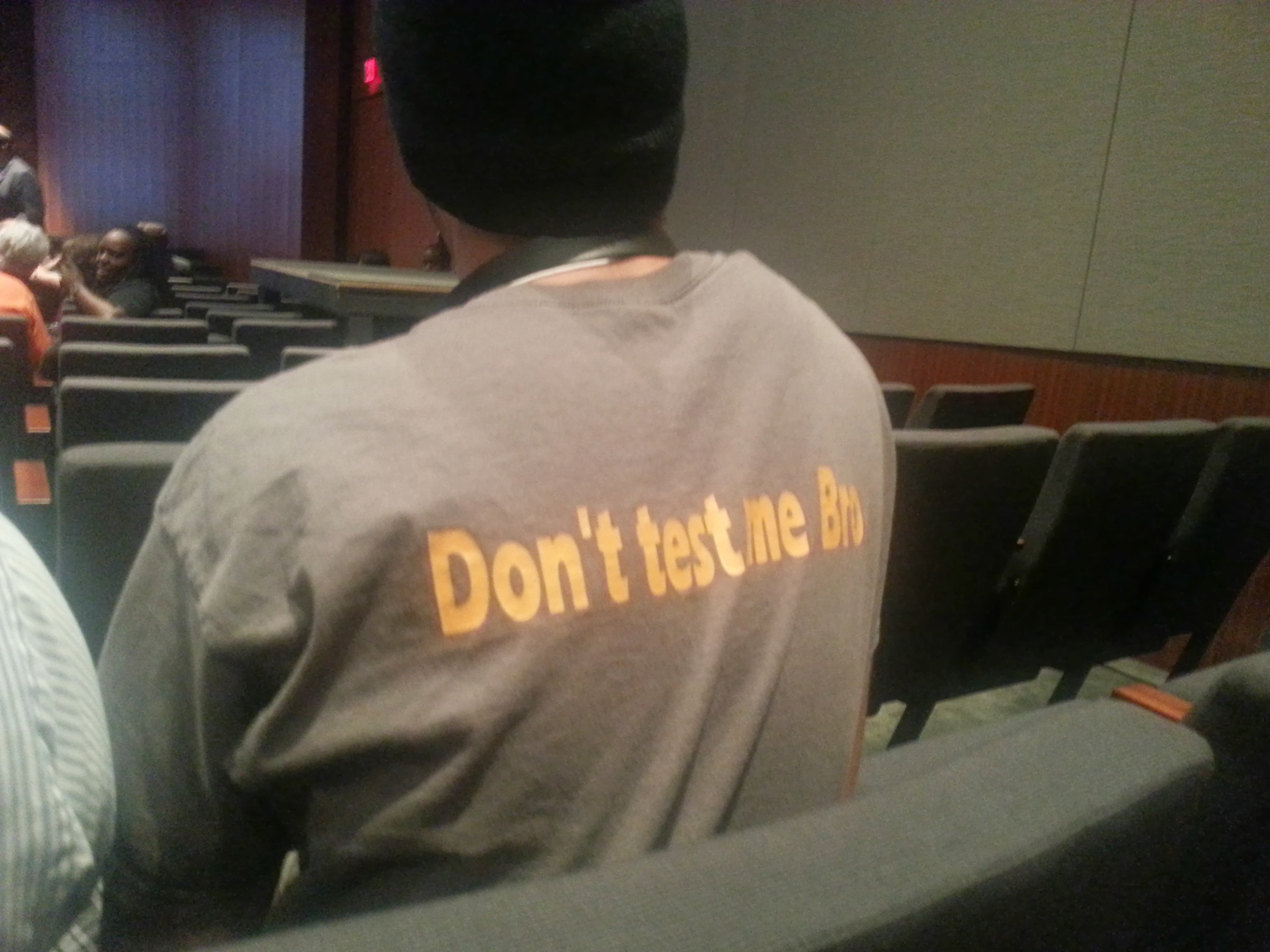 Are we on the verge of the “Education Spring”?

Impassioned school superintendent and author John Kuhn, who works in the Perrin-Whitt district in Texas, raised this question on March 1, the first day of the Network for Public Education’s (NPE) inaugural annual conference.

As soon as Kuhn uttered the words “Education Spring,” a noticeable ripple went through the University of Texas-Austin auditorium where he was speaking. This politically charged phrase, in fact, seemed to give the crowd something electric and powerful to hold onto, as they thought more about what they were doing at this conference, and what they could do to preserve, defend, protect, and improve public education in our country.

The theme of revolution, rebellion, and resistance defined the NPE conference. I was there as a writer, public school parent, and life-long educator, as well as a leader of the “Opt Out” movement in Minnesota, and the whole weekend, I couldn’t help but hum the song “Good Vibrations.” Cheesy, yes, but genuine as well.

The good vibrations flowed not only from all of the positive interactions taking place, but also from another point both Kuhn and his fellow keynote address speaker Karen Lewis, president of the Chicago Teachers Union, put forth: our country has made a promise to provide a free public education to all children, and it is our duty, as citizens, to uphold and reinforce that promise.

However, Lewis stated, what we have now is a system under attack, where for-profit and privatizing interests are providing “militaristic, formulaic, mind-numbing education” for “other people’s children” while protecting well-rounded, creative, and comprehensive educational opportunities for their own children. This distinction rang true for many in attendance, and helped clarify a key “raison d’être” for the conference.

The underlying premise that public education is a public good currently under attack was woven through all of the breakout sessions I attended, as well as all of the conversations I had with education activists from around the country.  There were the stars, of course, like Kuhn and Lewis, as well as Julian Vasquez Helig, Diane Ravitch, Jesse Hagopian, and Jonathan Pelto, among many others (it was great to finally meet many of these people in person).

But there were also plenty of less well-known but equally inspiring people there as well, and for me, learning from them was an the highlight of my trip. During a breakout session on the importance of independent journalism, for example, I connected with a woman from Austin named De Juana Lozada.

Lozada runs her own independent education research organization called the P20 Institute for African American Student Success, and said that her work is devoted to debunking the faulty research about African American students that she sees being generated by “crisis-driven” organizations. It is not true, she said, that there are more African American men in prison than college. It is also not true, she said, that African American boys have shockingly low high school graduation rates. Lozada’s work is dedicated to “promoting whole family academic achievement” and empowerment, and she sees crisis-driven data being used as a means to further enforce failure narratives. It was a fascinating conversation.

I also learned so much from hearing more about Geralyn McLauglin’s work as an early childhood educator and activist. McLauglin teaches at Boston’s well-known Mission Hill school, and also works with an organization called Defending the Early Years, which just published a tool kit for people who want to preserve and protect developmentally appropriate early childhood education. Count me in: I have a child who will go to kindergarten in the fall.

For those who consider our nation’s public school system to be a fundamental aspect of our democracy, this conference did not disappoint. There were parents from Florida, who talked a lot about the punishing impact of their state’s Draconian high stakes testing laws, where even a severely disabled child like Ethan Rediske can be forced to obey the system.

There were also college students and future educators like Stephanie Rivera and Hannah Nguyen, who became famous recently for organizing the #resistTFA campaign on Twitter. They were hugged and celebrated for their leadership by nearly everyone, including Diane Ravitch.

Additionally, two Providence, Rhode Island high school students were there to share their experiences as members of the Providence Students Union. This student union has used political theater and practical activism, such as dressing up as guinea pigs, to protest the high stakes exam required for graduation from high school in Rhode Island.

Ultimately, what I will take away from the NPE conference, along with many new friendships and connections, is a deeper understanding of our need to defend democracy by working to make sure that all of our children have access to a free, fair, developmentally appropriate public school education. We have not reached this goal yet, but that does not mean we should stop fighting for it.