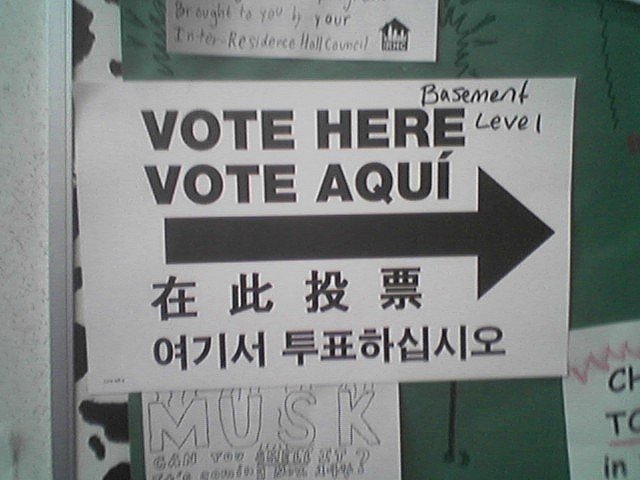 The political implications of the nation’s changing demographics are already being felt in many states across the country. These implications are addressed in a new issue brief, “The Changing Face of America’s Electorate,” released today by the Center for American Progress, which examines 2016 election trends and patterns for voters of color.

The CAP analysis identifies what the electorate is projected to look like in 2016 for key battleground states—including vital states such as Ohio, Florida, Colorado, Virginia, and North Carolina—and estimates the racial and ethnic makeup of the 2016 eligible voting population. Based on those projections, the brief demonstrates the potential political impact of electoral demographic changes through two election simulations.

“Demographic changes have only become more acute in the United States since 2012,” said Vanessa Cárdenas, Vice President of Progress 2050 at the Center for American Progress. “As people of color become a larger share of states’ electorates, the political implications for both political parties are evident: To win the presidency and many of the U.S. Senate races in the 2016 election, candidates will need to substantially engage voters of color.”

The first simulation explored in the CAP analysis looks at how the demographic shifts will affect the 2016 election if voters across all racial and ethnic groups turn out and have the same party preferences as they did in 2012. In the second simulation, CAP holds voter turnout rates constant from 2012 but assumes that racial and ethnic groups revert to party preferences they showed in 2004. This second simulation highlights that a Republican presidential candidate will have to make even greater inroads among voters of color than President George W. Bush’s high-water mark in 2004 in order to win a number of key states.

“Already by 2016, demographic shifts will be influential in states such as Florida, where voters of color are an increasingly significant share of the electorate, as well as in states such as Ohio, where elections are close and growth among voters of color is rapidly outpacing the growth of the non-Hispanic white electorate,” said Patrick Oakford, Policy Analyst at the Center for American Progress and author of the brief.

Key findings for the first election model illustrate that if Democrats are able to maintain high levels of support among voters of color in 2016, as they did in 2012, they will more easily win swing states such as Virginia and Colorado and flip other states, such as North Carolina, from red to blue. Additionally:

Key findings in the second simulation highlight that even if Republicans are able to make inroads with voters of color and regain the levels of support that President George W. Bush obtained in 2004, that would still not be enough for the GOP to win back the following states: Ohio, Nevada, Iowa, Pennsylvania, and Maryland. Furthermore:

“The demographic shifts that are changing the face of America are also rapidly changing the composition of the electorate,” said Marshall Fitz, Vice President of Immigration Policy at the Center for American Progress. “The ‘whites-only’ strategy of trying to squeeze even more votes out of a shrinking portion of the electorate is demographically doomed, not to mention morally bankrupt. Politicians who want to lead this country must recognize and embrace the demographic shifts under way by pursuing inclusive policies that promote prosperity for all Americans.”

For more information or to speak to one of our experts, please contact Tanya S. Arditi at tarditi@americanprogress.org or 202.741.6258.

The Center for American Progress is a nonpartisan research and educational institute dedicated to promoting a strong, just and free America that ensures opportunity for all. We believe that Americans are bound together by a common commitment to these values and we aspire to ensure that our national policies reflect these values. We work to find progressive and pragmatic solutions to significant domestic and international problems and develop policy proposals that foster a government that is “of the people, by the people, and for the people.”