“If your actions inspire others to dream more, learn more, do more and become more, you are a leader”—John Quincy Adams

We were inspired and promised by our revolutionary leaders that once we enter the gates of the town named freedom, the national cake will be divided equally among all. That each citizen would be treated with dignity and will have an endless bath in the river of liberty. The ladder of opportunity would be accessible for all to climb to greater heights. This town had a set of rules, a constitution that would govern all people. No one we were told, was above the law.

“All animals are equal but some animals are more equal than others”—George Orwell, “Animal Farm”

It didn’t take long for the sun to sink and behold darkness descended on the town named freedom. As the residents blew out their flickering lights and comfortably drowned into dreamland, the nocturnal animals came out of the woods. The rules of the jungle prevailed—survival of the fittest, slickest and strongest. When morning broke and the sun rose, we woke up in a town named captivity. In this town, dissent was not acceptable. Following was no longer a choice. The national cake was served behind closed doors. The ladder of opportunity was only accessible to the privileged. Self interest was valued more than ‘ubuntu’. Pain became an instrument of power. The constitution was amended at will. Our friends and neighbors often disappeared without a trace. A large wall was built around the rivers of liberty and democracy—and inscribed on the walls were the words “Kabi-Danger-Hatari.”

“The bridge index is a point that separates leaders who are cherished and those who are loathed”—Dr. Kawuma Daniel

A moment comes when the masses recognize that their destiny lies in the little town named freedom and not the town named captivity. That moment happens when a leader takes a bite from the forbidden fruit, ‘the bridge index’. When we are cuffed, shackled, blind-folded and forced to walk on the bridge of uncertainty leaving behind our hopes and dreams. The moment when good milk turns sour. A moment that separates leaders who remain part of folklore and those we try to forget. The moment that defines the legacy of a leader to either leave the nation mourning or drag his body along the streets celebrating his death. The point at which human life and morality mean nothing. It is a sign that something went wrong. That a promise was not kept. 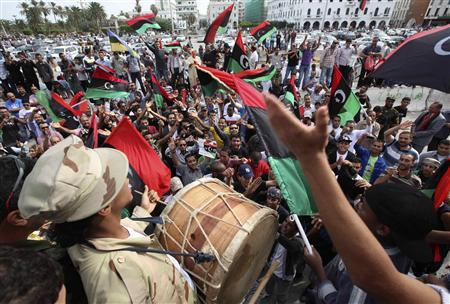 Africa has had a dismal leadership record to the extent that we hardly have any ceremonial state funerals. Following the fall of most regimes, the leadership is either hunted down and killed, flees into exile or whisked off to the International Criminal Court (ICC). Generations of growth and development have been destroyed and millions of lives lost when the people rise up to oust Africa’s strongmen. Power change is a taboo word in Africa today and is often followed by bloodshed. The revolutionary leaders have put at risk the same nations that they initially claimed they were saving from tyranny. However, we also have to understand that one cannot be a leader without followers. Bad followers can enable bad leaders and Africa has suffered from the combination of “bad leadership” and “bad followers.” We have been just as guilty ‘as followers’ in keeping the bad- leaders we worship in power. We often fight on their side to the death because they come from our “tribe” or belong to “our religion” or “reward us” with the lion’s share of the national cake.

We belong in a town named freedom, and the only way to permanently make it home is through collective action—both leaders and followers playing their part. The time is now to make it loud and clear that we have turned the page—and the old ways of governing are un-acceptable. Failure to do so will guarantee a continuous cycle of the distasteful and inhumane moments when the bodies of our once beloved leaders are dragged through the streets. The ‘bridge index’ is the forbidden fruit with dire consequences. One bite is all it takes.