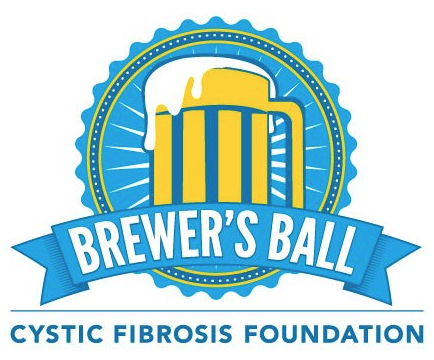 The Brewer’s Ball, a fundraiser from the Cystic Fibrosis Foundation of Minnesota, isn’t your average beer festival or your average charitable fundraiser. Yes, it features 25 local breweries, a tasting glass, and a personal encounter with the recipe makers behind your favorite beers. But it’s also a fundraiser where your donation is certain to make a difference.

The Brewer’s Ball name carries over from the group’s formal Fargo gala, but in Minneapolis it’s a more casual affair. With ticket prices set higher than other festivals, it A) raises more funds, and B), attracts a crowd that is truly interested in the event instead of degenerating into a drunk festival.

“One of the things I really wanted to do was focus on creating an event that raised money but also celebrated the breweries and made it somewhat different for them,” says Development Director Matt Ling of the Cystic Fibrosis Foundation. “We got great feedback from the brewers [last year] that it was something they really enjoyed.” The smaller size of the event helps to foster that environment, and it still raises sufficient funds, collecting just over $45,000 in 2014 (a piece of over $3million in total funds raised during the year).

Brewer’s Ball is one of 25 annual events from the local chapter, who manages fundraising in Minnesota, North Dakota, and South Dakota. The funds all go directly toward research, and the Foundation has an impressive track record to prove it. “Nearly every drug available today was made possible because of Foundation support,” says Ling, and that support has improved the life expectancy of those with the disease by nearly 40 years since their formation in 1955. That progress is indicative of the hope behind the organization that a cure is in sight.

“I think it can be really easy for people not to be involved with a health initiative when it does not directly affect them,” Ling notes of the fundraiser. However, the Foundation has played such a vital role in improving the lives of those with the disease, that every ticket sold will make a difference. “When people come to event like the Minnesota Brewer’s Ball, they are buying a ticket that is putting us one step closer to a cure.”

In addition to the ticket cost, there is also a silent auction with beer goods and other special offers, ranging from homebrew supplies, pub crawl packages, a lawnmower, Twins tickets, and more. There are donations from each of the participating breweries, and Ling emphasizes the positive experience he’s had working with them. “These breweries are literally getting asked for donations 25 times a day 7 days a week. I know because I’m the guy who asks,” he coyly adds.