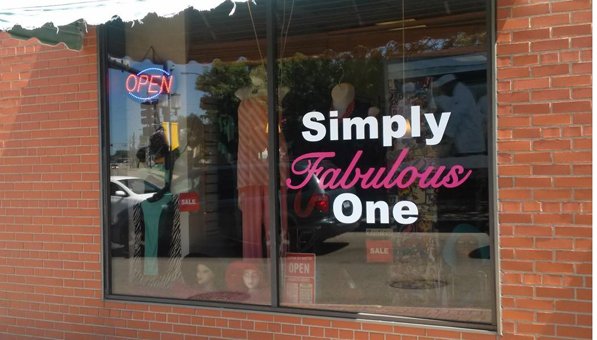 Simply Fabulous One Accessory Boutique (www.facebook.com/simplyfabulousone) began, well, simply enough. Owner-proprietor Teresa Rogers recalls, “I used to go into stores like Macy’s and Target. I would see the jewelry, look at the price tag and go, ‘I could probably make it myself.’” And she did exactly that.

After all, if you don’t have to, why put money in someone else’s pocket in order to place something nice around your own neck. After awhile, Rogers began coming up with original designs. Once she got in the habit of creating and wearing her own accessories, friends started to take notice and wanted to know, “‘Where’d you get that?’ Eventually, they asked me to make [pieces] for them, which I did. It became a hobby.” 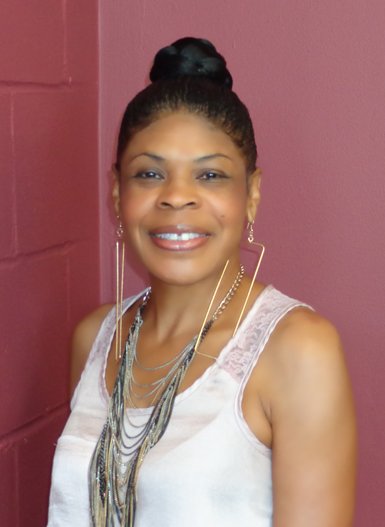 It became a hobby that pretty much ran away with itself to the extent that it necessitated a base of operations. “I wound up making so much jewelry that I cleaned my third bedroom in the basement and just put [it] all in there.” It wasn’t much of a stretch to realize she could turn a recreational pastime into a retail opportunity.

When business outgrew the basement bedroom, she decided it was time to get serious and opened up a store in June of last year. “I’d saved up my money from doing vendor events at [venues] like Sister Spokesman.” The shop offers an array of attractive fashions by way of a Los Angeles clearinghouse.

Taking advantage of how vast a resource the Internet can be when used the right way, Rogers notes, “I order online. There is a website I go to that has [the work of] 462 designers and manufacturers. There are so many good ideas on a regular basis, and then they’re always adding more. I [select] what catches my eye.”

It is an informed eye. She earned an associate of arts degree in interior design at Century College as well as a certificate in wedding and event planning. For three years, from 2009 to 2011, she was an onsite wedding coordinator at Minneapolis Department of Parks and Recreation. “I’ve always been a creative person.”

One of the most effective means of advertising is active promotion, getting out there in front of the public. Accordingly, Simply Fabulous One Accessory Boutique, in conjunction with Harold Pener Men of Fashion, will present a fashion show, “The First Annual Walk in the Park Fashion, Hair and Catwalk Extreme,” on September 8 at St. Louis Park Recreation Center.

“Simply Fabulous will be outfitting all of the women models. [American Idol star] Paris Bennett will be one, and Harold Pener will outfit the males. It’s a fashion, hair and makeup show.

“I have a hair salon involved and a [participating] barber shop to do the men’s hair,” says Rogers. “The salon is Realistic Manes Hair Boutique and Salon Studio (realisticmanessalon.com), headed up by owner-lead stylist Kanika Baker, whose handiwork has appeared in Sophisticates in Black Hair and on WeTV, Judge Judy and Bridezillas. The barber shop is Mass Appeal Barber (www.facebook.com/massappeal.barbershop).

“What I’m looking for, right now, is a makeup artist.” This sort of mutually beneficial networking with professionals in fields closely related to hers is, it goes without saying, an effective application of good old common sense. “I talk to so many people. [They] tell me how to do this, how to do that. I take what I can make use of and leave what I don’t need. I’m learning as I go. It’s a process.”

The impetus for Simply Fabulous One Accessory Boutique is fueled by Teresa Rogers’ outlook on life. Instead of viewing other women as competition, hers is an altruistic perspective.

“I like to see other women look good. I like to empower them. I’ve never understood why women dislike other women [for looking good]. The theme of the fashion is that you can look fabulous whatever size you are.

“Now that I’m in retail, I see that if I order a dress that’s going to look good on me as a size four, if you put in on the right woman who wears a size 16 or you put it on a plus-size woman who’s proportioned that right way, it will look just as good on her. She can look exactly the way she wants to look.

“I meet so many women who say, ‘I love that outfit you have on, but I can’t wear it.’ That is so not true. Not always. Sometimes I’m driving and see women walking, see what they’re wearing and how they’re wearing it. I just want to stop, grab them and say, ‘Let me show you [how you] can do this better.

Simply Fabulous One Accessory Boutique is located at 4180 West Broadway Ave. Suite 300 in Robbinsdale. The First Annual Walk in the Park Fashion, Hair and Catwalk Extreme will be held on Sunday, September 8, from 4-8 pm at the St. Louis Park Recreational Center Amphitheater, 6700 Monterey Drive, St. Louis Park. For more information call… This is an outdoor event.