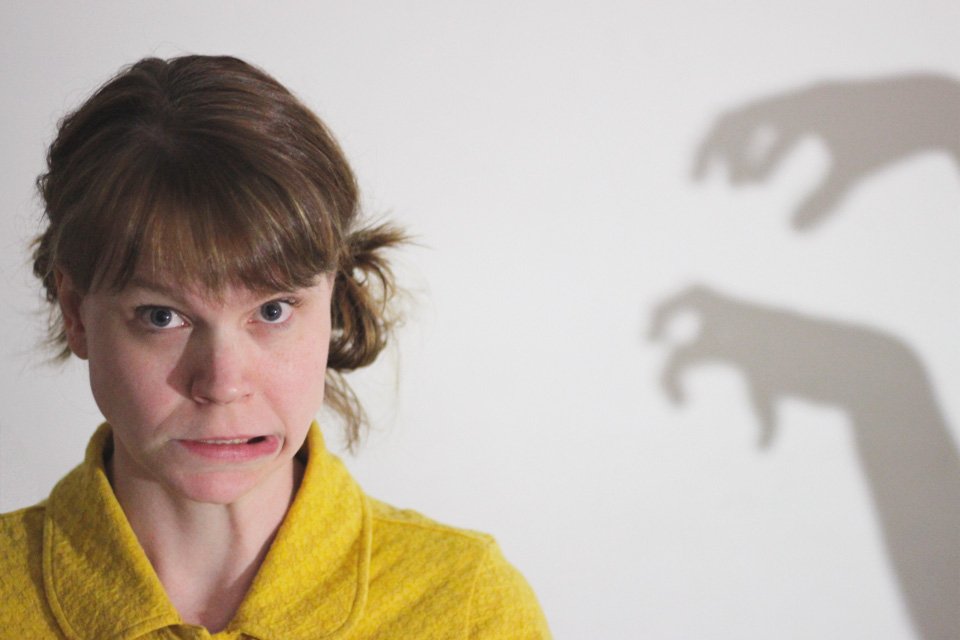 The Bother, written, directed and performed by Rita Boersma, James Rone, and Jake Scott, is a complete and satisfying drama about a writer who thinks she’s “losing her mind when she encounters the imaginary monster that terrified her as a child on a trip home as an adult.” The writer, Bri, played by Rita Boersma, has made her career as a Young Adult writer. Her stories are based on that imaginary monster. But she is stuck, both personally and professionally. Is the monster real after all?

Something I really like about The Bother is that while two of the main characters are struggling with past trauma and questioning their sanity, the actor/creators never resort to stereotypes about mental illness. Instead, they take the time to develop authentic characters.

The suspense builds slowly, and the spookiness is balanced with some humor. (Someone should really start a Bread tribute band called Toast).

The Bother is playing at the Rarig Thrust.