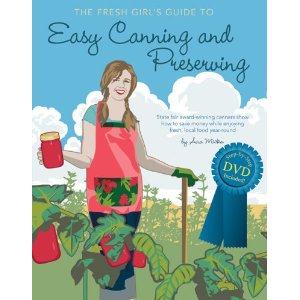 Among the books honored last weekend at the 2011 National Book Festival in Washington, D.C. was one written and published in Minnesota: Awesiinyensag – dibaajimowinan ji-gikinoo’amaageng by Anton Treuer et. al. The event, organized and sponsored by the Library of Congress, was quite the scene on the National Mall, attended by well-known authors, poets, and illustrators, and the event’s honorary chairs President Barack Obama and First Lady Michelle Obama. But there was probably no one there who could actually read Awesiinyensag.

Awesiinyensag is a collection of new stories created by Ojibwe speakers especially for children and adults who are learning Anishinaabemowin, the language of Ojibwe people; it has no English translation. It was chosen by the Library of Congress’s Center for the Book to represent Minnesota in the Pavilion of the States, which featured books representing the literary heritage of the 50 states. “It’s amazing to have this book chosen,” says publisher Heid Erdrich.

“Our language was deliberately suppressed,” she explains. Government policies that focused on assimilation of Ojibwe and other tribes severely eroded the number of Ojibwe speakers. Today, it is estimated that there are no more than a thousand fluent Ojibwe speakers in the U.S., most of who live in Minnesota, which has been described as the epicenter of the Ojibwe language revival movement.

The book is part of a larger story—the effort to revive the language and its cultural heritage. Thanks to efforts led by Treuer, a Bemidji State University Ojibwe professor, Anishinaabemowin is making a comeback. Wiigwaas Press plays an important role in the revival, too. The press is part of Birchbark House, a nonprofit founded by Erdrich and her sister Louise in 2008 in order to promote indigenous language revitalization through publications and programs.

Treuer, who has worked extensively with Ojibwe elders and recorded many stories told in the traditional oral style, brought the book project to Erdrich and Wiigwaas Press. Erdrich was immediately taken with the stories written by a team made up of first speakers—elders who grew up speaking Ojibwe as their first language, working with scholars and linguists. 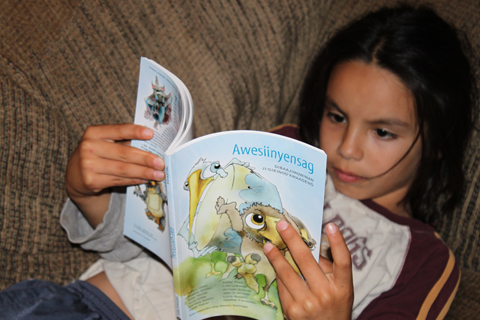 “It does not just repeat things we have said in the past. It finds new ways to say things,” Erdrich points out, noting that this is a completely new category of literature. She explained that these stories are secular; they are not concerned with sacred symbols and can be told in any season (some Ojibwe stories are told only in winter). Erdrich says that this creative element to the storytelling is crucial to the language’s survival.

“This has been really exciting and challenging,” says Erdrich. She credits her Wiigwaas Press colleagues, executive editor Jim Cihlar, book designer Steve Foley and intern Leah Hickey with bringing a high level of expertise to the project. The result is a collection of short, action-packed stories arranged in an appealing 96-page paperback with full color illustrations of whimsical turtles, birds and other animal characters by Ojibwe artist Wesley Ballinger.

The book has been a welcome addition to materials used in Ojibwe immersion schools and at the university level where much is translated from English to Ojibwe, according to Erdrich. Both Niigaane Ojibwe Immersion School on the Leech Lake Reservation and Waadookodaading Ojibwe Charter School in Hayward, Wisconsin offer Ojibwe-only curriculum to students.

“There are two more in the pipe works, with all the same characters,” says Erdrich. The book is the first in a planned series that will feature the stories generated by the team of authors: Nancy Jones, Eugene Stillday, Rose Tainter, Anna Gibbs, Marlene Stately, Anton  Treuer, Keller Paap, Lisa LaRonge, Michael Sullivan, John Nichols, Lucia Bonacci, and Heather Fairbanks.

“I hope this is just the beginning,” Erdrich says. “If we have a second book chosen in five years by a panel that can actually read it in Anishinaabemowin, then we’ll know we’re getting somewhere. We’ll know our language has truly come back to life in Minnesota.”